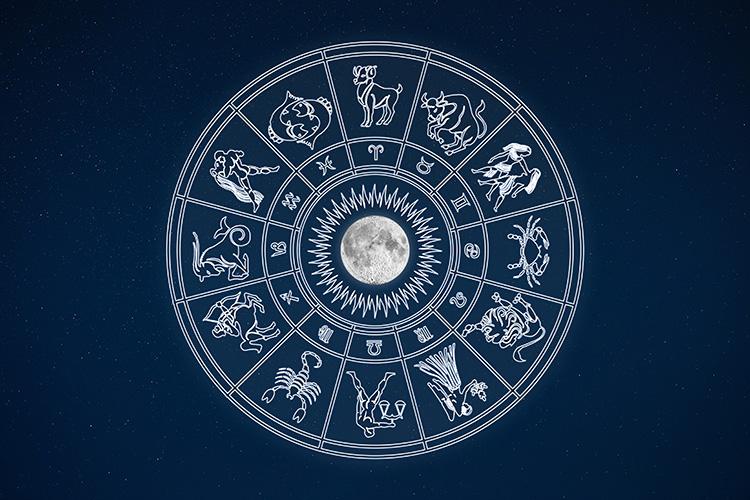 TAURUS (April 20-May 20): I live in Northern California on land that once belonged to the indigenous Coast Miwok people. They were animists who believed that soul and sentience animate all animals and plants as well as rocks, rivers, mountains – everything, really. Their food came from hunting and gathering, and they lived in small bands without centralized political authority. According to one of their creation stories, Coyote and Silver Fox made the world by singing and dancing it into existence. Now I invite you to do what I just illustrated: Find out about and celebrate the history of the people and the place where you live. From an astrological perspective, it's a favorable time to get in touch with roots and foundations.

GEMINI (May 21-June 20): "When I look down, I miss all the good stuff, and when I look up, I just trip over things," says singer-songwriter Ani DiFranco. I wonder if she has tried an alternate approach: looking straight ahead. That's what I advise for you in the coming weeks, Gemini. In other words, adopt a perspective that will enable you to detect regular glimpses of what's above you and what's below you – as well as what's in front of you. In fact, I suggest you avoid all extremes that might distract you from the big picture. The truth will be most available to you if you occupy the middle ground.

CANCER (June 21-July 22): The Italian word nottivago refers to "night roamers": people who wander around after dark. Why do they do it? What do they want to accomplish? Maybe their ramblings have the effect of dissolving stuck thoughts that have been plaguing them. Maybe it's a healing relief to indulge in the luxury of having nowhere in particular to go and nothing in particular to do: to declare their independence from the obsessive drive to get things done. Meandering after sundown may stir up a sense of wild freedom that inspires them to outflank or outgrow their problems. I bring these possibilities to your attention, Cancerian, because the coming days will be an excellent time to try them out.

LEO (July 23-August 22): "Notice what no one else notices and you'll know what no one else knows," says actor Tim Robbins. That's perfect counsel for you right now, Leo. According to my analysis of the astrological omens, your perceptiveness will be at a peak in the coming weeks. You'll have an ability to discern half-hidden truths that are invisible to everyone else. You'll be aggressive in scoping out what most people don't even want to become aware of. Take advantage of your temporary superpower! Use it to get a lucid grasp of the big picture – and cultivate a more intelligent approach than those who are focused on the small picture and the comfortable delusions.

VIRGO (August 23-September 22): "Look on every exit as being an entrance somewhere else," wrote playwright Tom Stoppard. That's ripe advice for you to meditate on during the coming weeks. You're in a phase of your astrological cycle when every exit can indeed be an entrance somewhere else – but only if you believe in that possibility and are alert for it. So please dissolve your current assumptions about the current chapter of your life story so that you can be fully open to new possibilities that could become available.

LIBRA (September 23-October 22): "One must think with the body and the soul or not think at all," wrote Libran author and historian Hannah Arendt. She implied that thinking only with the head may spawn monsters and demons. Mere conceptualization is arid and sterile if not interwoven with the wisdom of the soul and the body's earthy intuitions. Ideas that are untempered by feelings and physical awareness can produce poor maps of reality. In accordance with astrological omens, I ask you to meditate on these empowering suggestions. Make sure that as you seek to understand what's going on, you draw on all your different kinds of intelligence.

SCORPIO (October 23-November 21): "I always wanted to be commander-in-chief of my one-woman army," says singer-songwriter Ani DiFranco. I think that goal is within sight for you, Scorpio. Your power over yourself has been increasing lately. Your ability to manage your own moods and create your own sweet spots and define your own fate is as robust as I have seen it in a while. What do you plan to do with your enhanced dominion? What special feats might you attempt? Are there any previously impossible accomplishments that may now be possible?

SAGITTARIUS (November 22-December 21): Your meditation for the coming weeks comes to you courtesy of author and naturalist Henry David Thoreau. "We can never have enough of nature," he wrote. "We must be refreshed by the sight of inexhaustible vigor, vast and titanic features, the sea-coast with its wrecks, the wilderness with its living and its decaying trees, the thunder cloud, and the rain which lasts three weeks and produces freshets. We need to witness our own limits transgressed, and some life pasturing freely where we never wander." Oh, how I hope you will heed Thoreau's counsel, Sagittarius. You would really benefit from an extended healing session amidst natural wonders. Give yourself the deep pleasure of exploring what wildness means to you.

CAPRICORN (December 22-January 19): Author and activist bell hooks (who doesn't capitalize her name) has taught classes at numerous American universities. She sometimes writes about her experiences there, as in the following passage. "My students tell me, 'We don't want to love! We're tired of being loving!' And I say to them, if you're tired of being loving, then you haven't really been loving, because when you are loving you have more strength." I wanted you to know her thoughts, Capricorn, because I think you're in a favorable position to demonstrate how correct she is: to dramatically boost your own strength through the invigorating power of your love.

AQUARIUS (January 20-February 18): Aquarian author Langston Hughes (1902-1967) was a pioneering and prolific African American author and activist who wrote in four different genres and was influential in boosting other Black writers. One of his big breaks as a young man came when he was working as a waiter at a banquet featuring the famous poet Vachel Lindsay. Hughes managed to leave three of his poems on Lindsay's table. The great poet loved them and later lent his clout to boosting Hughes' career. I suspect you might have an opening like that sometime soon, Aquarius – even if it won't be quite as literal and hands-on. Be ready to take advantage. Cultivate every connection that may become available.

PISCES (February 19-March 20): Author Faith Baldwin has renounced the "forgive and forget" policy. She writes, "I think one should forgive and remember. If you forgive and forget, you're just driving what you remember into the subconscious; it stays there and festers. But to look upon what you remember and know you've forgiven is achievement." That's the approach I recommend for you right now, Pisces. Get the relief you need, yes: Forgive those who have trespassed against you. But also: Hold fast to the lessons you learned through those people so you won't repeat them again later.