“Acting Out While Staying In: An Evening of Virtual Comedy,” April 9 through 11 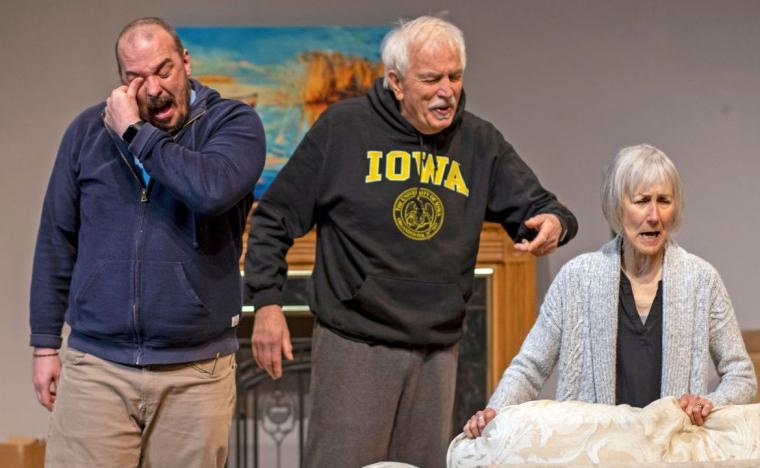 Patrick Du Laney, Ron Clark, and Jody Hovland in "Scandinavian Death Cleaning" in City Circle Theatre Company's "Acting Out While Staying In: An Evening of Virtual Comedy" -- April 9 through 11.

The lighter side of living-room entrapment – a sensation most of us can identify with – will be explored in three short, hysterical comedies presented by Coralville's City Cirle Theatre Company, with the streaming run of Acting Out While Staying In: An Evening of Virtual Comedy, from April 9 through 11, treating audiences to new works by area playwrights Christopher Okiishi, Paul Story, Janet Schlapkohl, and Brian Tanner.

Produced in collaboration with Crooked Path Theatre, writer/director Okiishi's Scandinavian Death Cleaning finds the characters of Walter and Marie considering cleaning house – a phrase that can have so many meanings, whether they refer to the simple maintenance of one's home or the overhaul of one's whole life. Ron Clark, Jody Hovland, and Patrick Du Laney – all frequent Iowa performers and members of the Actors Equity Association – perform in Okiishi's comedy, and the playwright states, “I was listening to a podcast and thinking this topic might make a really interesting play. Within an hour, (City Circle producer) Liz Tracey called and wondered if I had a play that could be ready by spring, and my mom called asking if I wanted the rocker that lived in my childhood bedroom. It seemed like more than a coincidence, so I agreed to write the play. I have the incredible honor of working with three of my favorite actors who are also among my most talented and favorite people – and they still surprised me with the things they found in the script. You are as good as the company you keep." 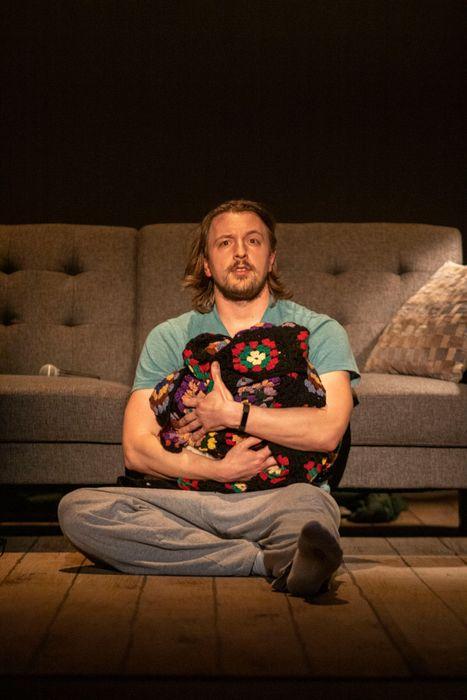 In Story's and Schlapkohl's Working for a Laugh, directed by Krista Neumann, a newly-single stand-up comedian finds out what is and isn't funny when he discovers he's not the only one trapped in his apartment. Michael Penick stars as the beleaguered comic, and as Schlapkohl states, “Paul and I wrote the play after a conversation on how real events and people influence creative writing. We chose a stand-up-comedian as our central character because we needed the laughs. I've been delighted at how Michael Penick and Krista Neumann found so many additional moments of humor!” 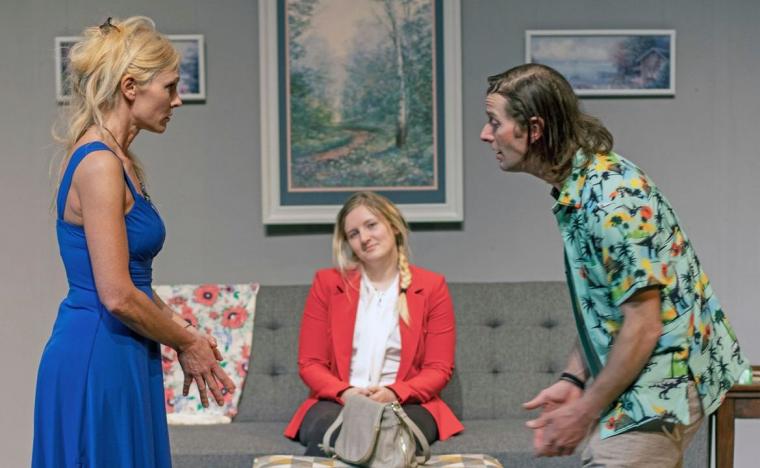 Tanner's ...And Quarantine Makes Three, meanwhile, finds the pandemic pandemic putting a strain on Kate and David's relationship, as as a result, they try to get away from it all. But a bungling bellhop inadvertently gets wrapped up in their troubles in this hilarious comedy that finds Adeara Jean Maurice directing the three-person cast of Greg Tucker, Emily McKnight, and Melanie Chervek. Says Tanner, “I love to entertain people, whether it's comedic or dramatic, and even though I might be giggling while re-reading it, I never know how it's really going to play out on stage until it's in the hands of the director, cast, and tech crew. Fortunately, we have a great team for this one, firing on all cylinders!”

Acting Out While Staying In: An Evening of Virtual Comedy will be available for streaming any time during its April 9 through 11 virtual engagement, tickets are available for $12-17, and more information on the online performances is available by calling (319)248-9370 and visiting CoralvilleArts.org and CityCircle.org.