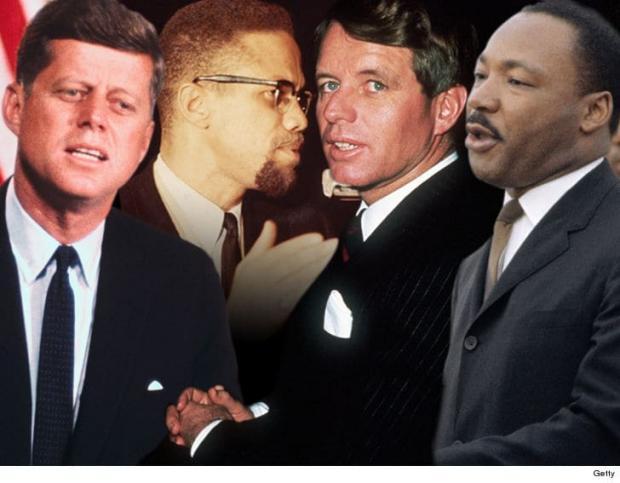 Nacho Radio: Dave & Darren Rescue Themselves from the Airwaves On his morning show on January 14, Darren Pitra asked with mock exasperation: "Haven't we learned enough?"

Just a year ago, the answer to that question would have been simple: Absolutely.

Pitra and Dave Levora have been on-air morning-show partners for nearly 11 years - as "Dave & Darren in the Morning" - so it's no surprise that these old radio pros have an easy rapport, or that they breezed through the show of comedy and conversation without a lull.

There was a bit about a beer brewed with smoked whale testicles, a recurring motif of the perils - sometimes self-inflicted - of being a bus driver, and evidence of both men having way too much familiarity with the live-action Flintstones movies. They roped me in as a guest - sorry, listeners! - and asked off-the-cuff questions that were thoughtful and insightful without ever getting too serious. Their routine is smooth and comfortable - a warm welcome to the day for listeners tuned in to their favorite radio station.

Except that the show wasn't on the radio at all, instead a podcast on Dave & Darren's NachoRadio.com - which was launched in October after Pitra and Levora lost their jobs at Rock 104-9.

So the learning must continue. A Prescription for Local Television News: What Ails Our Newscasts, and Some Suggestions to Fix Them I come to praise local television news, not to bury it.

Okay, there won't be much praise, and there will be some burying.

Censored: The Top Under-Reported News from the Past Year Each year, Project Censored compiles a list of important news stories that go unreported, under-reported, or misreported by mainstream news outlets. These top-25 "censored" stories from the past year follow, and collectively they paint a much different picture of the world from what you'll find in daily newspapers and news broadcasts.

As Andy Lee Roth and Mickey Huff write in their introduction to the forthcoming Censored 2013: Dispatches From the Media Revolution - The Top 25 Censored Stories & Media Analysis of 2011-12, Project Censored "holds to account the corporate media who, all too often it seems, would rather be let alone than bothered when it comes to real, important news; and it celebrates the efforts of independent journalists who in 2011-2012 brought forward crucial news stories to stir us from complacency."

Censored 2013: Dispatches From the Media Revolution will be released October 30. In addition to the stories below, it includes expanded discussions of them in the context of five thematic "clusters"; a section exploring "narratives of power"; and international "censored" stories.

For more information on the book and Project Censored, visit ProjectCensored.org.

Voters memories' are getting shorter and shorter, emboldening the mainstream media (MSM) to utterly fabricate information in order to manipulate public opinion regarding Ron Paul's popularity and electability.

At the 2010 Conservative Political Action Conference - an annual multi-day event of speakers presented as quintessential conservatives (Dick Cheney, Don Rumsfeld, and Donald Trump all spoke at this year's convention held in February in Washington, D.C.) - Fox News edited the footage it broadcast by inserting booing during the announcement that Ron Paul had won the straw poll (for second year in a row), when in reality he was getting loud cheers. Fox was called out quickly by direct observers and had to issue an apology, stating, "It was clearly a mistake; we used the wrong videotape." Said Fox's Bill Hemmer, "It's an honest mistake. We apologize for the error. We look forward to having representative Paul back on our program very soon." (RCReader.com/y/media1) How is deliberately altering footage, replacing fact with fiction, an "honest mistake"? What possible explanation could there be for altering any news footage in the first place? It begs the question: How much of this "editing" is going on in other parts of the news?

The Top Censored Stories of 2012 Project Censored annually publishes its list of the year's top "censored" stories. "We define modern censorship as the subtle yet constant and sophisticated manipulation of reality in our mass-media outlets," its Web site states. "On a daily basis, censorship refers to the intentional non-inclusion of a news story - or piece of a news story - based on anything other than a desire to tell the truth. Such manipulation can take the form of political pressure (from government officials and powerful individuals), economic pressure (from advertisers and funders), and legal pressure (the threat of lawsuits from deep-pocket individuals, corporations, and institutions)."

Put differently, these 25 stories represent the most important news that Project Censored felt was under-reported over the past year.

Censored 2012: Sourcebook for the Media Revolution, by Mickey Huff and Project Censored with an introduction by Dr. Peter Phillips, is available (along with more detailed media analysis and sources for these summaries) at ProjectCensored.org. The book is published by Seven Stories Press.

In 2010, for the second year in a row, more U.S. soldiers killed themselves (468) than died in combat (462). "If you ... know the one thing that causes people to commit suicide, please let us know," General Peter Chiarelli told the Army Times, "because we don't know." Suicide is a tragic but predictable human reaction to being asked to kill - and watch your friends be killed. Talk radio is one of the few places in American broadcast media that give voice to "regular people." But because local programs have largely been replaced by nationally syndicated hosts, the format rarely provides insights into the thoughts, concerns, and opinions of a local area.

Perhaps this is what makes Jim Fisher, talk-show host for WOC 1420AM for more than three decades, such a valued contributor to the genre. Whether you agree with him or not, he is one of us.

The Jim Fisher Show, heard Mondays through Fridays from 2 to 5:30 p.m., is a rarity. Not only has he maintained his program for 31 years and counting, but his show continues to be a commercial success. Clients get on waiting lists to be endorsed by Fisher, who has final say on which local advertisers he will pitch for. And his show consistently generates local advertising revenues that compete with nationally syndicated heavy-hitters such as Rush Limbaugh and Sean Hannity, who also air on WOC.

In an interview with this Quad Cities icon, Jim was charmingly frank in his assessment of his own success: "I have been blessed or cursed with a certain voice. I have never applied for a job. The Armed Forces Radio & Television Service asked me to work a volunteer shift while I was enlisted in the military in Asia. I ended up taking the licensing test here in the U.S. in the 1960s for commercial broadcasting."

Has WQAD's Sweeps Ploy Made a Better Newscast?

In October, I took a snapshot of local television news by watching and analyzing four nights of 10 p.m. newscasts by the four primary commercial Quad Cities stations. I was, admittedly, harsh on WQAD, saying that the ABC affiliate was "stunningly weak in local news."

So when WQAD announced that in February, its Monday late-night newscasts would feature "35 minutes of news, weather, and local-sports content with no interruptions," I was intrigued.

At the outset, it's important to note that this is clearly a stunt for the February sweeps. If WQAD can attract more viewers - on Mondays specifically, but with the hope that they'll stick around the other six days of the week - it can charge more for advertising, which over the long haul would more than make up for the lost revenue on four Mondays.

But as sweeps stunts go, this is a ballsy and encouraging gambit. Rather than sensational coverage or giveaways, WQAD seemed to be promising a better newscast.

The Best Local TV News: KWQC Is Still King, but Surprising WHBF Is an Underdog Worth Watching Most of us like to root for an underdog, so here's a story that our local television news stations should eat up.

When the River Cities' Reader analyzed Quad Cities newscasts for four days earlier this month, there was one major surprise: The fourth-place local station at 10 p.m. - CBS affiliate WHBF, whose newscast has gotten trounced in the ratings by a syndication sitcom on Fox 18 - might just have the best local television news in the Quad Cities.

In just about every objective and subjective measure, WHBF's late-night newscast beats or presents a strong challenge to established power KWQC, the local NBC affiliate.