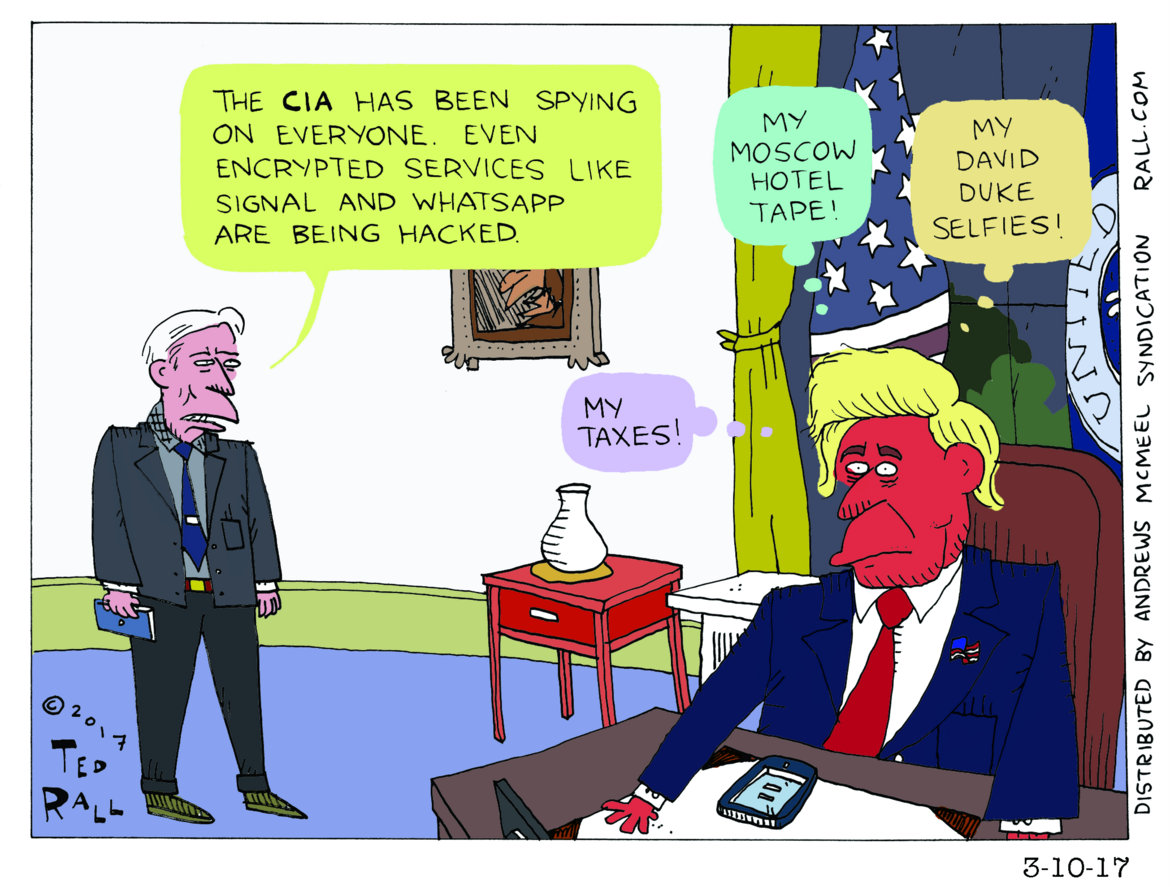 Every regime has its own name for its secret police. Mussolini's OVRA carried out phone surveillance on government officials. Stalin's NKVD carried out large-scale purges, terror, and depopulation. Hitler's Gestapo went door-to-door ferreting out dissidents and other political "enemies" of the state. And in the U.S., it's the Federal Bureau of Investigation that does the dirty work of ensuring compliance, keeping tabs on potential dissidents, and punishing those who dare to challenge the status quo.

Whether the FBI is planting undercover agents in churches, synagogues, and mosques, is issuing fake emergency letters to gain access to Americans' phone records, is using intimidation tactics to silence Americans who are critical of the government, or is persuading impressionable individuals to plot acts of terror and then entrapping them, the overall impression of the nation's secret police force is that of a well-dressed thug, flexing its muscles and doing the boss' dirty work.

It's a far cry from the glamorized G-men depicted in Hollywood film noirs and spy thrillers. The government's henchmen have become the embodiment of how power, once acquired, can be so easily corrupted and abused.

Has the Department of Homeland Security Become America's Standing Army?

"A standing military force, with an overgrown Executive, will not long be safe companions to liberty." - James Madison

"Here [in New Mexico], we are moving more toward a national police force. Homeland Security is involved with a lot of little things around town. Somebody in Washington needs to call a timeout." - Dan Klein, retired Albuquerque Police Department sergeant

If the United States is a police state, then the Department of Homeland Security (DHS) is its national police force, with all the brutality, ineptitude, and corruption such a role implies. In fact, although the DHS's governmental bureaucracy may at times appear to be inept and bungling, it is ruthlessly efficient when it comes to building what the Founders feared most - a standing army on American soil.

The third largest federal agency behind the Department of Veterans Affairs and the Department of Defense, the DHS - with its 240,000 full-time workers, $61-billion budget, and sub-agencies that include the Coast Guard, Customs & Border Protection, Secret Service, Transportation Security Administration (TSA), and Federal Emergency Management Agency - has been aptly dubbed a "runaway train."

"It's a future where you don't forget anything. ... In this new future, you're never lost. ... We will know your position down to the foot and down to the inch over time. ... Your car will drive itself; it's a bug that cars were invented before computers. ... You're never lonely. ... You're never bored. ... You're never out of ideas. ... We can suggest where you go next, who to meet, what to read. ... What's interesting about this future is that it's for the average person, not just the elites." - Google CEO Eric Schmidt on his vision of the future

Time to buckle up your seatbelts, folks. You're in for a bumpy ride.

We're hurtling down a one-way road toward the Police State at mind-boggling speeds, the terrain is getting more treacherous by the minute, and we've passed all the exit ramps. From this point forward, there is no turning back, and the signpost ahead reads "Danger."

Indeed, as I document in my book A Government of Wolves: The Emerging American Police State, we're about to enter a Twilight Zone of sorts, one marked by drones, smart phones, GPS devices, smart TVs, social media, smart meters, surveillance cameras, facial-recognition software, online banking, license-plate readers, and driver-less cars - all part of the interconnected technological spider web that is life in the American police state, and every new gadget pulls us that much deeper into the sticky snare.

We're on the losing end of a technological revolution that has already taken hostage our computers, our phones, our finances, our entertainment, our shopping, and our appliances, and now it's focused its sights on our cars. As if the government wasn't already able to track our movements on the nation's highways and byways by way of satellites, GPS devices, and real-time traffic cameras, government officials are now pushing to require that all new vehicles come installed with black-box recorders and vehicle-to-vehicle (V2V) communications, ostensibly to help prevent crashes.

The NSA: "The Abyss from Which There Is No Return"

We now find ourselves operating in a strange paradigm where the government not only views the citizenry as suspects but treats them as suspects, as well. Thus, the news that the National Security Agency (NSA) is routinely operating outside of the law and overstepping its legal authority by carrying out surveillance on American citizens is not really much of a surprise. This is what happens when you give the government broad powers and allow government agencies to routinely sidestep the Constitution.

Indeed, as I document in my book A Government of Wolves: The Emerging American Police State, these newly revealed privacy violations by the NSA are just the tip of the iceberg. Consider that the government's Utah Data Center (UDC), the central hub of the NSA's vast spying infrastructure, will be a clearinghouse and depository for every imaginable kind of information - whether innocent or not, private or public - including communications, transactions, and the like. In fact, anything and everything you've ever said or done, from the trivial to the damning - phone calls, Facebook posts, Tweets, Google searches, e-mails, bookstore and grocery purchases, bank statements, commuter toll records, etc. - will be tracked, collected, catalogued, and analyzed by the UDC's supercomputers and teams of government agents.

By sifting through the detritus of your once-private life, the government will come to its own conclusions about who you are, where you fit in, and how best to deal with you should the need arise. Indeed, we are all becoming data-collected in government files. Whether or not the surveillance is undertaken for "innocent" reasons, surveillance of all citizens gradually poisons the soul of a nation. Surveillance limits personal options - denies freedom of choice - and increases the powers of those who are in a position to enjoy the fruits of this activity.