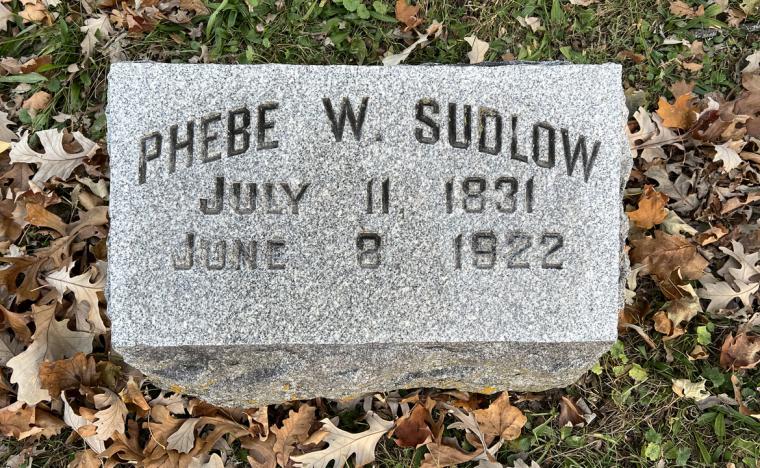 In 1921, the school at 1414 East Locust Street in Davenport was renamed Sudlow Intermediate School. It was renamed in honor of a teacher and administrator who broke multiple glass ceilings for women: Phebe Sudlow.

Born in Poughkeepsie, New York in 1831, Sudlow first taught when she was just 15 years old. She started teaching in a log cabin in an Ohio mining town at the northern foothills of the Appalachian Mountains. This was the same school she had attended since she was four years old.

When her family moved to Scott County in 1856, she continued to teach. At this time, students in rural Iowa were taught in a single-room schoolhouse for children of all ages.

Throughout Sudlow's lifetime (1831-1922), women teachers were subjected to discriminatory restrictions. Even after Sudlow blazed a trail for self determination and retired in 1881, female teachers were being held to standards and rules we would find absurd today. According to Ames History Museum (AmesHistory.org/content/teaching-contracts), rules governing women teachers purportedly included prohibitions on loitering at ice cream parlors and drug stores, dancing and card playing, weekend traveling and petticoat laundering. Given the era Sudlow lived in, her accomplishments are even more remarkable.

In 1859, Sudlow became the assistant principal of two schools in Davenport. The next year, she was their principal. Though not documented, it is likely that she was the nation’s first female public-school principal. She was still in her twenties.

In 1874, she was offered the position of Superintendent of Davenport Schools, a first for women in American history. Her proposed salary, however, was less than that earned by William Edward Crosby, her male predecessor. 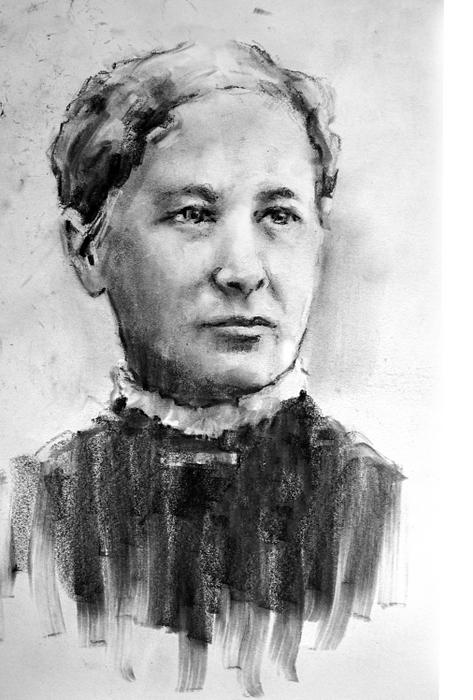 Before accepting the position, she addressed the all-male school board on July 19, 1874: “Gentlemen, if you are cutting the salary because of my experience, I have nothing to say. But if you are doing this because I am a woman, I’ll have nothing more to do with it.” The school board voted unanimously to offer her the position – with a salary equal to that of a male, setting an important precedent in Davenport and throughout the Midwest.

In 1877, she was elected as the first female president of the Iowa State Teachers' Association. In her inaugural address as president, she stated, "I cannot understand why equal attainment, equal culture, and equal strength of purpose and will should not have equal influence whether in man or woman."

The next year, she became the first female professor at the University of Iowa, serving as chair of the Department of English Language and Literature, and the sole instructor for the university's courses in English literature, composition, rhetoric, oratory, and elocution. Maintaining such a course load was exhausting, and Sudlow resigned in 1881, citing ill health.

She went back to Davenport to become a principal for one year before retiring from education. Phebe Sudlow died in her home in Davenport a century ago at the age of 91, a year after the new intermediate school was renamed in her honor.

She is buried in Oakdale Cemetery, less than a half-mile from the school. Her grave simply states her name and the dates of her birth and death: July 11, 1831 - June 8, 1922. A larger stone bears her family name just to the east (section seven, plot 190).

Phebe was a lifelong, self-taught learner with limited formal education. When asked "Where did you receive your education?", her favorite reply was "All along the way."

Bruce Walters is a Professor Emeritus in Art conferred by Western Illinois University.

This is part of an occasional series on famous (or infamous) people buried in cemeteries in the Quad Cities, and their history that is not so well-known today. If there’s a piece of history buried here that you’d like to learn more about, e-mail the location and a brief description to BD-Walters@wiu.edu.