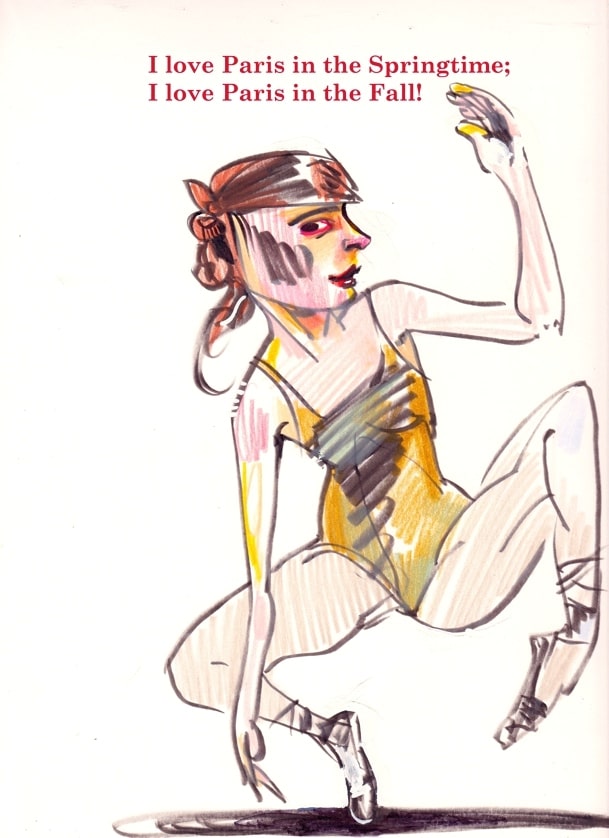 Yesterday, I had the great pleasure of hearing my colleague at St. Ambrose University, Marian Lee and her musical cohort pound out some fantastic French music – sophisticated, complex and still relevant. Interpreting that music, your dancers were absolutely impressive – detailed, crisp, upbeat, easily avoiding any camp in the rompier moments and conveying some profoundly human material with their silent bodies. I’m in love with them!

Mike Schulz’s review of Manchester by the Sea prompts me to write this congratulatory note that’s been my intention for years. Recognizing, analyzing while not spoiling great films for potential viewers in a review is hard enough. Scolding those responsible for lame efforts, filmic messes, and acting disasters is easier but still hard to do without unnecessary snark.

The Case for a Strong Art-Gallery Scene

I've been thinking more than usual lately about the local art-gallery scene, for three reasons: a citywide open studio I attended earlier this summer in St. Louis with 151 venues; David Burke's September 13 column in the Quad-City Times in which he asked what's missing in the Quad Cities and suggested a gallery or two for the College Hill area currently under development; and a recent Quad Cities conference on networking among local art and cultural agencies.

I've called Davenport home since I moved from Washington, DC, 45 years ago, and as happy as I've been here, I've always missed a gallery scene.

The gallery I'm speaking of is a business that "represents" its artists, which is to say that the artists are chosen for the high quality of their work and according to a principled and focused policy - "young, emerging Midwest abstract painters," "modern and contemporary Expressionism," "21st Century works on paper," "the best in the two-state region," etc.

Furthermore, that's all they do. They don't sell frames. They don't sell supplies. They specialize. This is the sort of galleries that one finds in Minneapolis, St. Louis, Cincinnati, Pittsburgh, and Tampa, but not here. I mention these cities because they're the same size as the Quad Cities.