After Seasons of Curveballs, Will COVID-19 Finally Start Pitching Straights? 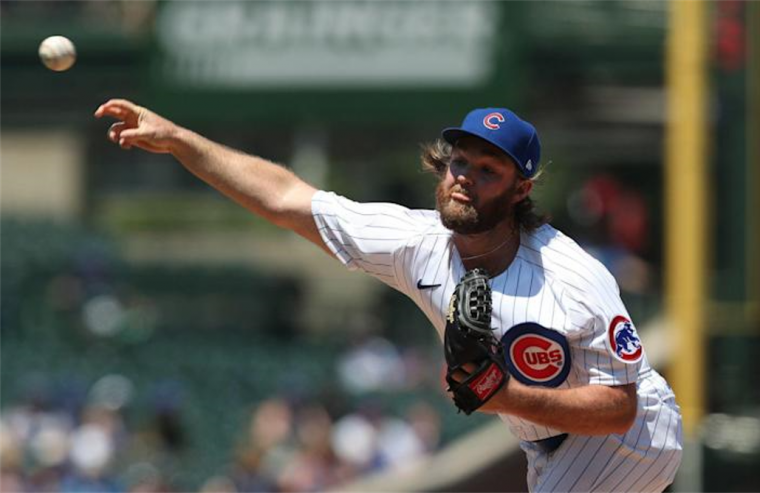 Governor JB Pritzker told reporters not long ago that he was worried about the plateauing COVID-19 hospitalization rate and said he wouldn’t yet lift his statewide mask-mandate.

But the governor told me something around the same time during an interview that he hasn’t yet said publicly: He’s most concerned about what may happen in January and February and upbeat about the spring and summer.

“What we’re trying to evaluate is, are the hospitalization numbers increasing, decreasing, or staying the same?” Governor Pritzker told reporters in early November. “We want them decreasing. They’re not currently, just to be clear. New hospitalizations are flat. That is not a good sign. That's not what's happened in previous dips from surges. We went down for a while here, but now we've leveled out at a level that is much higher than the summer. And so, the question is, is that just a temporary situation? Are we going to start heading downward in those numbers?”

Since the governor said that, hospitalizations have yet again begun to increase, rising by almost 22 percent as of this writing. Hospitalizations are up almost 30 percent since late October’s low of 1,198.

That increase led Illinois Department of Public Health Director Dr Ngozi Ezike to warn last week that the statewide mask-mandate wouldn’t be lifted before Thanksgiving, as some had hoped when hospitalizations were plateauing.

“As we’ve moved indoors,” Dr Ezike told WGEM TV, “we haven’t maybe taken our masks indoors with us. So, a lot of unmasked indoor gatherings are likely part of the problem.”

Last year, COVID-19 cases, hospitalizations and deaths shot up in November and continued ravaging our still-mostly-unvaccinated state through January.

I interviewed Pritzker not long ago and asked him if he was worried about yet another big wave starting in November.

Pritzker said the top epidemiologist in Illinois he speaks with outside of the Illinois Department of Public Health are telling him, “Their expectation is that, January and February, we could see a surge of cases and the resulting hospitalizations. So, how worried am I? I am worried as much as the epidemiologists are.”

Asked how worried the epidemiologists are, Pritzker said he didn’t know how to characterize that, “other than that they tell me that they expect to see a surge. I have to take it very seriously.”

Pritzker also talked about the internal debate over what to do about the mitigations, like mask-mandates, in the meantime. “One of the questions that you have to ask yourself, and that we all ask ourselves, is, if we modify mitigations now, as things are mildly reducing or getting better, what changes do you make now if you think that January and February, you’re gonna see potentially a surge?”

A little later in the interview, Pritzker asked if he could clarify some things.

“I think when you look at the pattern here of surges, the surges are getting smaller because of vaccinations, because of where we are in the cycle. And so, the hope here is that each of the moves that we’re making going forward are really flattening those surges down.”

Pritzker went on to say that he’s hearing from the epidemiological community that, by next spring or summer, the virus will become more like the flu “because people will be getting vaccinated on a regular basis or that boosters will be available, and because more people will have been vaccinated.”

The governor quickly added that he wasn’t suggesting COVID-19 is anything like the flu. “I’m just saying if you look at other chronic diseases, other things that we’ve worked to overcome with vaccinations, this is becoming more and more like that because people are getting more and more vaccinated.”

And, it should be added, effective treatments may be on the horizon. Pfizer is developing a pill that shows real promise at preventing severe illness, the New York Times has reported.

But as Dr Ezike also said this month, “Of course, COVID is so complicated. It’s been throwing us curveball after curveball.”

Colorado is currently experiencing a surge in cases, and experts there have told reporters that they don’t know why and don’t know if they’ll ever know. And, as pointed out in a Denver CBS4 TV news story on that topic, the popularity of home COVID testing means that private results aren’t being reported and therefore not tracked by state and local public health departments. That means the jobs of people who try to anticipate the future path of the disease have been made significantly more difficult, which is not what we need.