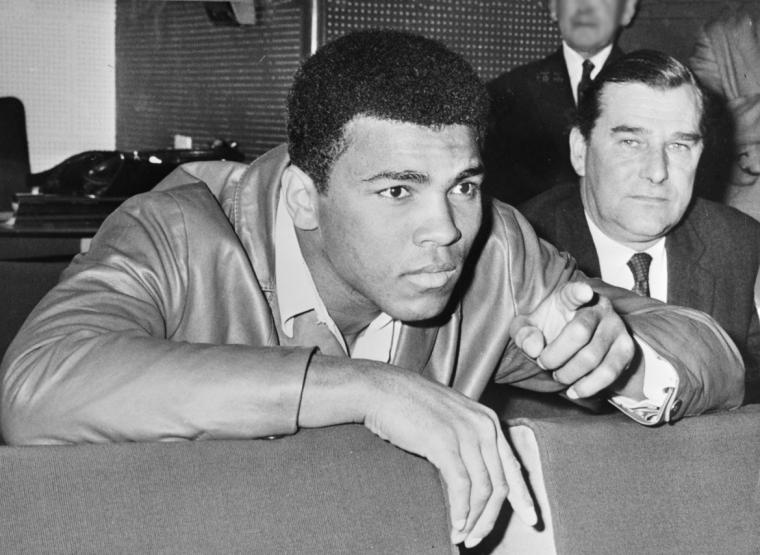 This revisionist history – a silent censorship of sorts – has proved to be a far more effective means of neutralizing radicals such as Martin Luther King Jr. than anything the NSA, CIA, or FBI could dream up.

In life, King called for Americans to rise up against a government that was not only treating blacks unfairly but was also killing innocent civilians, impoverishing millions, and prioritizing the profits of war over human rights and dignity. This was a man who went to jail over racial-segregation laws, encouraged young children to face down police dogs and water hoses, and urged people to turn their anger loose on the government through civil disobedience. King actually insisted that people have a moral responsibility to disobey unjust laws.

In death, however, King has been reduced to a face on a national monument and a national holiday, neither of which even hint at the true nature of the man: fiery, passionate, single-minded in his pursuit of justice, unwilling to remain silent in the face of wrongdoing, and unafraid of offending those who might disagree with him.

Heavyweight-champion boxer Muhammad Ali, a contemporary of King, followed a different path as a social activist and breaker of boundaries. Like King, Ali didn’t pull any punches when it came to saying what he believed and acting on it. Yet already, in the wake of Ali’s passing, we’re being treated to a sentimentalized version of the fighter.

In life, Ali was fast-talking, fast-moving, and as politically incorrect as they come. He became an early convert to the Nation of Islam, a black-separatist religious movement whose membership at one time included Malcolm X and Louis Farrakhan. He denounced his “slave name” (Cassius Marcellus Clay) and refused to be the “white man’s Negro.” He was stripped of his boxing title, arrested, and threatened with five years in prison and a fine of $10,000 after refusing to be drafted into the Army as a conscientious objector to the Vietnam War. “My conscience won’t let me go shoot my brother, or some darker people, or some poor hungry people in the mud for big, powerful America,” declared Ali. “And shoot them for what? They never called me ‘nigger,’ they never lynched me, they didn’t put no dogs on me, they didn’t rob me of my nationality, rape and kill my mother and father. ... Shoot them for what? How can I shoot them poor people? Just take me to jail.”

As First Amendment scholar David L. Hudson Jr. notes: “Ali’s remarkable career and life placed him at the vortex of these First Amendment freedoms. ... Ali freely exercised his religious faith. He regularly spoke provocatively on a variety of topics. The press was abuzz with coverage and criticism. Thousands assembled in support of him, and the champion himself took part in rallies, parades, and marches. Some petitioned the government to redress the injustice of his conviction for refusing military service, which resulted in his being exiled from the boxing ring for his beliefs.”

It took a legal battle to the U.S. Supreme Court for Ali’s religious objections to serving in the Army to be given credence, and for his First Amendment arguments to prevail. The case was Clay V. United States. That was in 1971.

Forty-five years later, Ali is dead, fear is alive, and free speech is being dealt one knockout punch after another.

Indeed, talk-show celebrity Piers Morgan has been soundly trounced and roundly censured for daring to suggest that Ali made more “inflammatory/racist” comments than Donald Trump. Yet the boxer liberally peppered his speech with words (“nigger” and “Uncle Tom”) and opinions (“the white man is the Devil” and “I’m sure no intelligent white person watching this show ... want black boys and black girls marrying their white sons and daughters”) that would horrify most of his politically correct fans.

Speaking of Trump, in Fresno, California, a third-grader was ordered to remove his pro-Trump “Make America Great Again” hat because school officials feared for his safety. The nine-year-old boy refused, citing the First Amendment.

That was the same argument – a concern for safety – officials used in 2010 when they ordered several high-school students to remove their T-shirts emblazoned with the American flag. The concern: Wearing the flag on Cinco de Mayo, a Mexican day of celebration, might offend Hispanic students attending the school. The U.S. Supreme Court agreed with the school’s logic. Coincidentally, that same week, the high court also ruled against Confederate-flag license plates on the grounds that they constituted government speech and might be offensive to African Americans.

For those of us who came of age in the 1960s, college campuses were the bastion of free speech, awash with student protests, sit-ins, marches, pamphleteering, and other expressive acts showing our displeasure with war, the Establishment, and the status quo.

Today on college campuses across the nation, merely chalking the word “Trump” on the sidewalk is enough to have student groups crying foul and labeling it as hate speech in need of censorship. Under the misleading guise of tolerance, civility, love, and political correctness, college campuses have become hotbeds of student-led censorship, trigger warnings, micro-aggressions, and “red light” speech policies targeting anything that might cause someone to feel uncomfortable, unsafe, or offended.

This doesn’t even begin to touch on the criminalization and surveillance of various forms of speech that the government deems to be hateful, anti-government, extremist, bullying, dangerous, or inflammatory.

One could say that we have allowed our fears – fear for our safety, fear of each other, fear of being labeled racist or hateful or prejudiced, etc. – to trump our freedom of speech and muzzle us far more effectively than any government edict could.

Ultimately the war on free speech – and that’s exactly what it is, a war being waged by Americans against other Americans – is driven by fear.

America is in the midst of an epidemic of historic proportions. The contagion being spread like wildfire is turning communities into battlegrounds and setting Americans one against the other. Normally mild-mannered individuals caught up in the throes of this disease have been transformed into belligerent zealots, while others inclined to pacifism have taken to stockpiling weapons and practicing defensive drills.

The strategy is simple yet brilliant: The best way to control a populace is through fear and discord. Confound them, distract them with mindless news chatter and entertainment, pit them against one another by turning minor disagreements into major skirmishes, and tie them up in knots over matters lacking national significance. Most important, keep the people divided so they see each other as the enemy and scream at each other, drowning out all other sounds. In this way, they will never reach consensus about anything or hear the corporate state as it closes in on them.

This is how a freedom-loving people enslave themselves and allow tyrants to prevail.

This Machiavellian scheme has so ensnared the nation that few Americans even realize they are being manipulated into adopting an “us” against “them” mindset. Instead, fueled with fear and loathing for phantom opponents, they pour millions of dollars and resources into political elections, hoping for change that never comes. All the while, those in power – bought and paid for by lobbyists and corporations – move their costly agendas forward, and “we the suckers” get saddled with the tax bills.

Whether you’re talking about free speech, surveillance, police misconduct, or some other symptom of a government that has grown drunk on its own power, the problem and the answer are one and the same: “we the people.”

We need to reject fear as our guiding principle, and restore freedom to its rightful place at the center of our republic.

Constitutional attorney and author John W. Whitehead is founder and president of the Rutherford Institute (Rutherford.org). His latest book, Battlefield America: The War on the American People, is available at Amazon.com. He can be reached at johnw@rutherford.org.