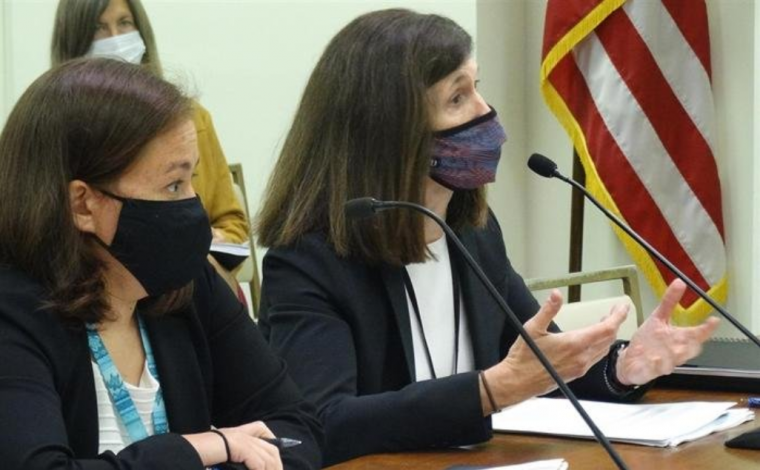 Tuesday, August 11, was probably the best day, professionally, that Governor JB Pritzker has had in quite a while.

The Joint Committee on Administrative Rules has been a source of legislative frustration for the governor all year. He didn't quite seem to grasp how best to work its process-dominated membership, and he was handed a major defeat back in May when JCAR members in both parties turned thumbs-down on a sweeping plan to impose fines and even jail time on violators of Governor Pritzker's COVID-19 executive orders.

Pritzker's general counsel Ann Spillane spent hours explaining to and negotiating with JCAR members the myriad details in the administration's latest attempt at enforcing some of the governor's executive orders on mask-wearing and gathering sizes. Spillane testified on behalf of the emergency rule that Tuesday, and she and her final product drew praise from members on both sides of the aisle, even though some said they had "agreed to disagree."

Enlisting organized labor and medical and public-health leaders to help put public and private pressure on JCAR wasn't a bad idea, either. And, rather than relying on legislative leaders to put the arm on fellow Democrats, the governor himself got directly involved and called individual members of the committee.

The administration worked it hard and worked it well, and it all paid off when it cleared the panel and took effect. The new administrative rule is far better than Pritzker's attempt in May, and also better than the draft released just a week earlier. That's how things are supposed to work.

As the administration's top lawyer, Spillane, who served former Attorney General Lisa Madigan as her chief of staff, has also been heavily-involved with the numerous court battles over Pritzker's executive orders.

And the governor had a banner day at the Illinois Supreme Court that Tuesday as well. Pritzker asked the day before that the state's top court step in to put a stop to the charade in Clay County, where a judge had issued rulings on behalf of Representative Darren Bailey (R-Xenia) that Will County Circuit Judge John Anderson recently wrote were "bereft of any meaningful legal analysis."

Clay County Judge Michael McHaney was planning a hearing on Friday, August 14, to decide whether to hold Pritzker in contempt for continuing to issue executive orders in defiance of Judge McHaney's rulings, and perhaps throw the governor in jail. On Monday, the governor asked the Supreme Court to intervene on McHaney's "unenforceable and non-appealable partial summary judgment order," stay the contempt hearing, and take up the case itself.

On Tuesday, the Supreme Court issued a stay on the contempt hearing, and then later in the day decided not to take up the case, but instead acted on its own to consolidate Representative Bailey's case with others that it had already shifted to Sangamon County at the governor's behest. The high court also ordered that another Clay-County case filed by Bailey's attorney over the administration's school-reopening guidance (including a face-mask mandate) be consolidated with similar cases in Sangamon County.

The justices had obviously seen enough of the Clay County show-trials and finally stepped in to stop a county judge from attempting to dictate to the state. The media-friendly legal maneuverings will likely continue, but at least they'll now happen on a level judicial playing-field (unless another avenue is found).

There were some who believed Ann Spillane should've cashed out in the private sector after Lisa Madigan retired. Spillane wanted to continue her public service career, however, and Pritzker is darned lucky to have her, especially during this unforeseen pandemic.

Meanwhile, the Republican leadership here has managed to put themselves on the side of outliers like Representative Bailey. House Republican Leader Jim Durkin, for one, publicly opposed Pritzker's emergency rule on masks, even though national and regional public opinion polls have revealed strong support for requiring face-coverings.

And that public support will likely continue because mask mandates appear to be working. Lincoln, Nebraska has dramatically lowered its daily case count and positivity rate after imposing a mask mandate just a few weeks ago. It worked so well that Omaha's city council unanimously approved a similar mandate last Tuesday night over opposition from the state's governor.

Some business groups opposed Pritzker's mask rule, and the cash-strapped House Republicans need every bit of help they can get in a year that's not looking so good for their party here. So, I suppose it was a decent short-term decision. But that's going to be a difficult position to defend in some of their suburban battlegrounds.