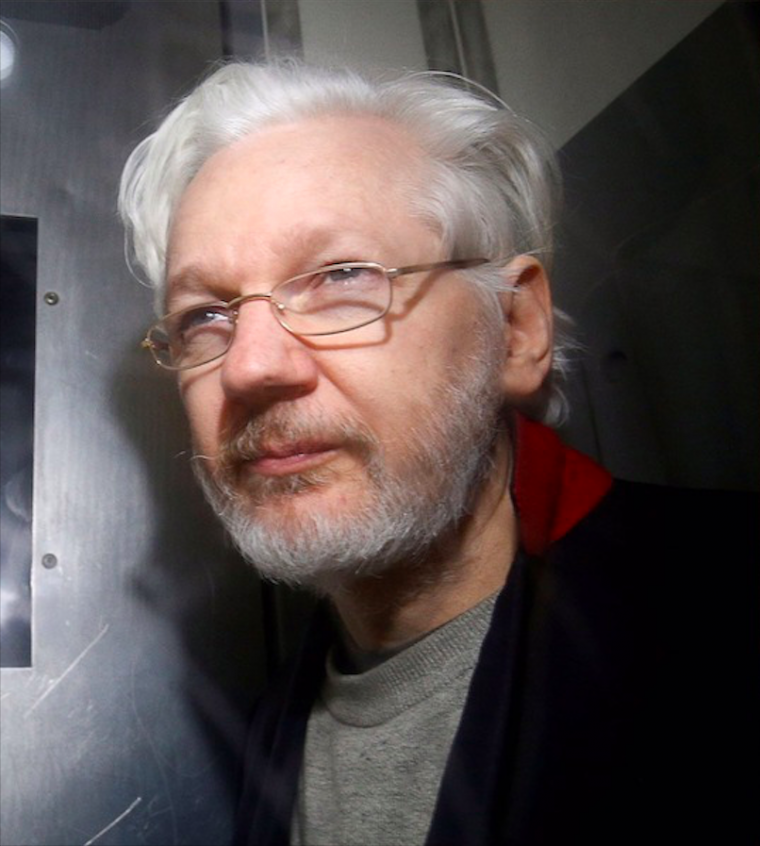 "We continue to seek his extradition," Justice Department spokesperson Marc Raimondi told Reuters days before February 12 – the deadline for the United States government to submit its "grounds for appeal."

The statement represents a departure from President Barack Obama's administration, which declined to prosecute Assange. Justice Department officials were reportedly concerned about the threat it would pose to press freedom.

On January 4, British district judge Vanessa Baraitser rejected the U.S. government's extradition request and concluded Assange's mental condition was "such that it would be oppressive to extradite him to the United States of America."

She accepted that Assange would likely be imprisoned at a supermax prison in the U.S. under special administrative measures (SAMs) and would find a way to commit suicide.

“I am satisfied that, in these harsh conditions, Mr. Assange’s mental health would deteriorate causing him to commit suicide with the ‘single minded determination’ of his autism spectrum disorder."

However, the Biden Justice Department plans to contest the judge's conclusion that Assange should not be extradited because he would likely commit suicide.

Recently, a coalition of civil-liberties, press-freedom, and human-rights groups – including the American Civil Liberties Union, Amnesty International USA, Center for Constitutional Rights, Committee to Protect Journalists, Fight for the Future, Freedom of the Press Foundation, Human Rights Watch, PEN America, Project on Government Oversight, and Reporters Without Borders – signed on to a letter demanding that the Biden Justice Department drop the charges against Assange.

"The indictment of Mr. Assange threatens press freedom because much of the conduct described in the indictment is conduct that journalists engage in routinely – and that they must engage in in order to do the work the public needs them to do," the letter (see the sidebar following this article) to Acting Attorney General Monty Wilkinson declared. "Journalists at major news publications regularly speak with sources, ask for clarification or more documentation, and receive and publish documents the government considers secret.

"In our view, such a precedent in this case could effectively criminalize these common journalistic practices."

The coalition noted former Justice Department spokesperson Matthew Miller, a Biden supporter, told the Washington Post in 2013, "The problem the department has always had in investigating Julian Assange is there is no way to prosecute him for publishing information without the same theory being applied to journalists.”

While Attorney General Eric Holder empaneled a grand jury to investigate WikiLeaks in 2010, by the summer of 2013, Holder was reluctant to indict Assange and charges were never brought by the Obama administration.

Assange was charged in April 2019 with 17 counts of violating the Espionage Act and one count of conspiracy to commit a computer intrusion that contains elements of an Espionage Act offense. He is detained at the Belmarsh high-security prison in London and has been denied bail multiple times.

"The Trump administration positioned itself as an antagonist to the institution of a free and unfettered press in numerous ways," according to the coalition.

In February 2017, Trump’s first month in office, WikiLeaks published “CIA espionage orders” that called attention to how major political parties in France were “targeted for infiltration” in the run-up to the 2012 presidential election. About a month later, WikiLeaks brought further scrutiny to the CIA when they published the “Vault 7” material, which they described as the “largest ever publication of confidential documents on the agency.”

Mike Pompeo, who was the CIA director, responded to the publication on April 13, 2017. He labeled WikiLeaks a "non-state hostile intelligence service" and argued Assange had "no First Amendment freedoms" because "he is not a U.S. citizen," an assertion with no basis in law. “We’ve had administrations before that have been squeamish about going after these folks under some concept of this right to publish,” Pompeo added.

Assange, who was living under asylum in the Ecuador embassy, was targeted in a U.S.-backed espionage operation conducted by a private security company called U.C. Global, which currently faces a criminal case in Spain.

Pompeo and Attorney General Bill Barr had no problem with employing questionable and potentially illegal tactics that would ultimately result in the arrest of Assange, and now, officials are demonstrating the end of Trump’s presidency doesn’t mean they will go back to being “squeamish” toward cases that threaten the right to publish.

During Biden's first foreign policy speech on February 4, he proclaimed, "We believe a free press isn’t an adversary; rather, it’s essential. A free press is essential to the health of a democracy."

However, in Trump's last year in office, he signed a counterintelligence strategy document (RCReader.com/y/leaktivists) that lumped in "leaktivists" and "public disclosure organizations," such as WikiLeaks, with Russia, China, Iran, North Korea, Cuba, and terrorist groups, which U.S. security agencies view as "significant threats."

That strategy document, which covers 2020-2022, sharply conflicts with Biden's assertion that the U.S. government believes the free press is not an adversary. Indeed, it shows U.S. security agencies believe they should monitor, neutralize, and even target dissident media organizations that may employ practices pioneered by WikiLeaks.

While the tone of the new administration may sound more polite toward elite journalists, by refusing to abandon this dangerous political case, the Biden Justice Department is effectively signaling his administration is not all that serious about press freedom and what officials have to say are empty platitudes that should not pacify people aware of what is at stake if Assange is brought to the U.S. and put on trial.

PDF of the Letter below is here.

We, the undersigned press freedom, civil liberties, and international human rights advocacy organizations, write today to share our profound concern about the ongoing criminal and extradition proceedings relating to Julian Assange, the founder of Wikileaks, under the Espionage Act and the Computer Fraud and Abuse Act.

While our organizations have different perspectives on Mr. Assange and his organization, we share the view that the government’s indictment of him poses a grave threat to press freedom both in the United States and abroad. We urge you to drop the appeal of the decision by Judge Vanessa Baraitser of the Westminster Magistrates’ Court to reject the Trump administration’s extradition request. We also urge you to dismiss the underlying indictment.

The indictment of Mr. Assange threatens press freedom because much of the conduct described in the indictment is conduct that journalists engage in routinely – and that they must engage in in order to do the work the public needs them to do. Journalists at major news publications regularly speak with sources, ask for clarification or more documentation, and receive and publish documents the government considers secret. In our view, such a precedent in this case could effectively criminalize these common journalistic practices.

In addition, some of the charges included in the indictment turn entirely on Mr. Assange’s decision to publish classified information. News organizations frequently and necessarily publish classified information in order to inform the public of matters of profound public significance. We appreciate that the government has a legitimate interest in protecting bona fide national security interests, but the proceedings against Mr. Assange jeopardize journalism that is crucial to democracy.

The Trump administration positioned itself as an antagonist to the institution of a free and unfettered press in numerous ways. Its abuse of its prosecutorial powers was among the most disturbing. We are deeply concerned about the way that a precedent created by prosecuting Assange could be leveraged – perhaps by a future administration – against publishers and journalists of all stripes. Major news organizations share this concern, which is why the announcement of charges against Assange in May 2019 was met with vociferous and nearly universal condemnation from virtually every major American news outlet, even though many of those news outlets have criticized Mr. Assange in the past.

It is our understanding that senior officials in the Obama administration shared this concern as well. Former Department of Justice spokesperson Matthew Miller told the Washington Post in 2013, “The problem the department has always had in investigating Julian Assange is there is no way to prosecute him for publishing information without the same theory being applied to journalists.” It was reportedly the press freedom implications of any prosecution of Mr. Assange that led Attorney General Eric Holder’s Justice Department to decide against indicting him after considering doing so.

It is unfortunately the case that press freedom is under threat globally. Now more than ever, it is crucial that we protect a robust and adversarial press – what Judge Murray Gurfein in the Pentagon Papers case memorably called a “cantankerous press, an obstinate press, an ubiquitous press” – in the United States and abroad. With this end in mind, we respectfully urge you to forgo the appeal of Judge Baraitser’s ruling, and to dismiss the indictment of Mr. Assange.