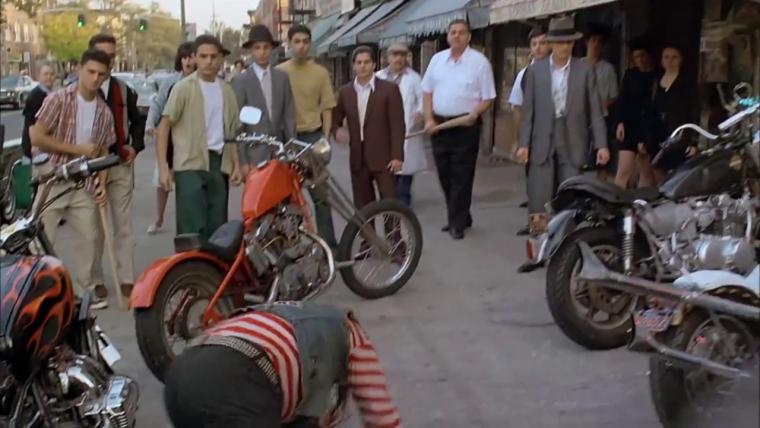 The ongoing uproar over Senator Darren Bailey’s 2017 claim that the Holocaust “doesn’t even compare on a shadow” to the lives lost to abortion reminded me of a scene in an old movie called A Bronx Tale.

The claim Bailey made on Facebook exploded into view courtesy of a brutal TV ad by Governor JB Pritzker’s campaign. The ad begins with an announcer previewing an already-used video clip of Senator Bailey saying he would not allow a woman who was raped or a victim of incest to have an abortion. “You may have thought you heard everything that Darren Bailey had to say about abortion,” the voice-over person says before the clip is played. “But that’s not all Darren Bailey has said,” the person continues as the newly-unearthed clip is shown to viewers.

The closing tagline of “Darren Bailey, too extreme for Illinois,” is then flashed on the screen. That’s pretty close to the same language used in Democratic ads which aired during the Republican primary.

There are those who say that, judging from experience, if Governor Pritzker is using something this over the top in August, then, oh, my goodness, he must have some really strong opposition research in store for voters when the campaign cranks up this fall.

That could very well be, and it doesn’t help matters much right now that Bailey’s billionaire GOP primary benefactor Richard Uihlein has not directly contributed any money to Bailey’s campaign since the primary, so attacking when your opponent can’t fight back in kind has its advantages. Bailey released a response video to another Pritzker TV ad (calling him out for hypocritically taking millions in federal-farm subsidies while opposing other government social programs) that has so far received views in the hundreds, not the millions who would see something on TV.

Either way, this is a true political beat-down. And it didn’t stop there. Bailey at first walked his comments back by saying, “The Holocaust is a human tragedy without parallel. In no way was I attempting to diminish the atrocities of the Holocaust and its stain on history. I meant to emphasize the tragedy of millions of babies being lost.”

Then, the very next day, Bailey told Fox 32’s Dane Placko that his words were “taken out of context, as they typically are,” and blamed reporters.

Then, Bailey was asked by a Fox Valley radio station host if he needed to apologize. Instead of doing so, Bailey laughed and said, “The Jewish community themselves have told me that I’m right,” and went on to claim that “the Jewish rabbis” he’d met with had told him he was “actually right.”

Bailey inexplicably kept the story alive, and Pritzker took full advantage, pounding away at his opponent every chance he got. And since then, the Pritzker campaign has piled on by providing some opposition research to reporters about other Bailey Facebook posts. And the Illinois Muslim Civic Coalition recently issued a press release complaining that “Multiple social media posts by gubernatorial candidate Darren Bailey and his wife are Islamophobic, anti-Semitic, and xenophobic.”

And that brings me back to the movie, which follows a young Italian-American boy as he learns life lessons from those around him, including from some mobsters.

In the scene, a biker gang known for busting up bars unwittingly walks into a mob-owned bar and, after being told they could stay for a couple of beers, begins to cause trouble. The top mob boss tells the bikers to leave. After being rudely rebuffed, he quietly walks to the front door and locks it, then turns around and faces the bikers: “Now youse can’t leave,” he says.

The mob boss’ underlings immediately stream in through the back door brandishing baseball bats, pistols, and other implements of destruction and absolutely pummel the bikers, who are then dragged outside and beaten some more, including by bystanders.

And that’s basically how the rest of this campaign is going to go, even when/if Bailey’s coffers are replenished. Pritzker never took his foot off of Bruce Rauner’s political throat four years ago even though he was way ahead in the polls, and he kept whacking Richard Irvin long after Irvin was clearly no longer viable in the recent GOP primary. It’s just how they roll over there. Toss in the fact that Pritzker helped found a Holocaust museum, and abortion rights is an issue which appears to animate him, and you can understand the desire to go all-out on this one.