Can Adam Kinzinger Tack Moderate and Survive in the Divided State of Illinois? 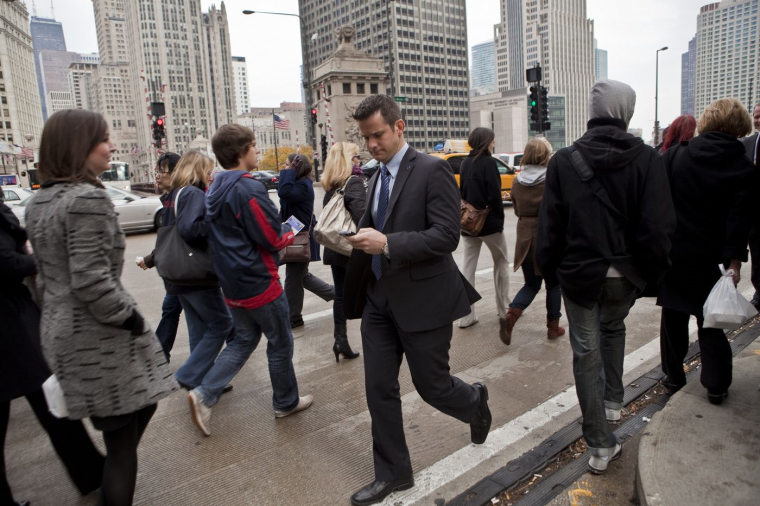 “This isn’t their Republican Party anymore!” Donald Trump Jr declared on January 6 during a fiery speech near the U.S. Capitol.

“This is Donald Trump’s Republican Party,” the President’s son insisted. “Today, Republicans, you get to pick a side for the future of this party. I suggest you choose wisely.”

And then, later in the day, all heck broke loose. A large number of furious cretins stormed the United States Capitol in an attempt to stop a legitimate presidential election from being certified. Five people died in the resulting melee, including one member of the U.S. Capitol police force.

Freshman Illinois U.S. Representative Mary Miller (R-15) spoke at a rally that same day and made a bizarre comment about how Adolf Hitler was right about kids being the future.

Both Miller and U.S. Representative Mike Bost (R-12) represent southern Illinois, and after Congress reconvened that evening, they voted against certifying the presidential election results.

Bost and U.S. Representative Darin LaHood (R-18) signed on last month to a doomed attempt to convince the U.S. Supreme Court to overturn the election results.

While U.S. Representative Rodney Davis (R-13) did not go as far as his three GOP colleagues, he has been an ardent President Trump supporter for the past four years.

Those are not the public faces the party needs in the Chicago suburbs. And you simply can’t win statewide in Illinois without carrying that region.

U.S. Representative Adam Kinzinger (R-16), on the other hand, has made a national name for himself by occasionally yet forcefully criticizing the president, and he has stepped up his game ever since it became clear that Trump lost the election. He took it to a much-higher level on the day of the insurrection, however.

“I outright condemn this garbage,” Representative Kinzinger said of Representative Miller’s speech. He called the storming of the U.S. Capitol a “coup attempt.” He slammed fellow Republicans for refusing to certify the results. And he said the President is a “weak, self-absorbed man” who was attempting to “overthrow the will of the people.”

“He is no longer the leader of our party,” Kinzinger said of Trump. “And our party must reject these treasonous acts.”

Back when then-Congressman Ray LaHood (Darin’s father) was thinking about running against Governor Rod Blagojevich, I wrote that “moderate” Washington D.C. Republicans usually have voting records which don’t look at all moderate when they run statewide here. Kinzinger has voted with Trump 92 percent of the time and definitely has a conservative record.

But, man, those statements could erase a whole lot of whatever can be thrown at him if he decides to run for governor or U.S. Senate, especially in a state that Trump twice lost by 17 points.

One should never make predictions during times of massive upheaval and change, so let’s not anoint him yet. Plus, we’ve all seen politicians rise like rockets only to fall like meteors. And I’ve seen plenty of very solid, hard-working candidates fail simply because they lived in the “wrong” district or state.

With that being said, Kinzinger has a sharp wit and obviously knows how to land a hard punch.

Kinzinger won a McLean County board seat when he was just 20 years old and then joined the Air Force after college and went on to fly missions in Iraq and Afghanistan. He won his first congressional race against an incumbent Democrat, and then soundly defeated a longtime Republican incumbent in a post-remap primary. The dude has serious chops.

I was impressed with the way he rhetorically knocked Governor JB Pritzker back on his heels last month over the LaSalle Veterans’ Home debacle, where 35 residents died of COVID-19. Then again, Kinzinger has not exactly been out front about warning his constituents to take precautions during the pandemic. The virus was raging through the surrounding community when it found its way into the facility.

The money to fund the Republican Party is in the Chicago area, where most corporate types tend to shun the far-right’s views. Those folks are definitely not going to want to reside in Donald Trump’s GOP going forward, no matter what the President’s son says. They may be eager to embrace someone such as Kinzinger.

But Kinzinger went so far out on a limb on Trump (even calling for his removal from office) that he may have seriously damaged his chances of winning a statewide primary. And even if he does win that round, a significant chunk of his party’s base might angrily choose to skip over him in a general election.