Can Pritzker Cultivate State-Democrat Support Serving as a Lightning Rod? 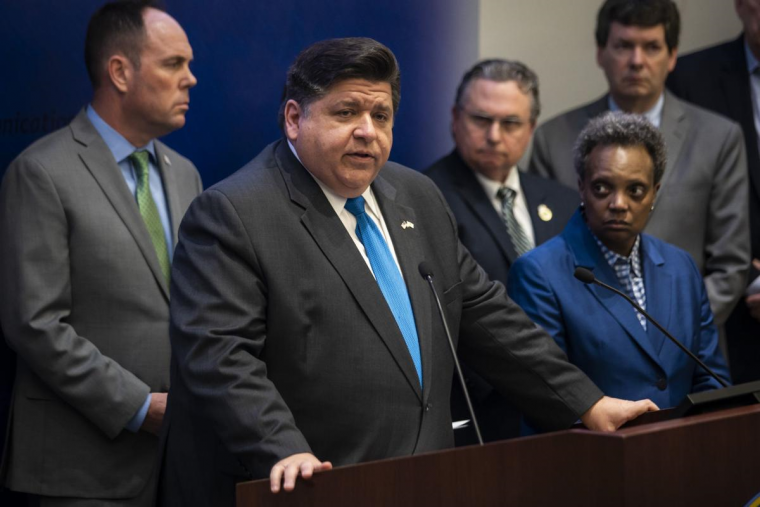 The immediate partisan reaction to the governor’s reversal on whether legislators should be allowed to be vaccinated during Phase 1B was fairly predictable.

“Governor [JB] Pritzker is prioritizing young healthy felons and Springfield politicians over high-risk adults,” the Illinois Republican Party seethed. However, no such press release was issued the week before when Republican U.S. Representative Darin LaHood (age 52) cheerfully announced that he’d been vaccinated. And not a harsh word was uttered by the ILGOP when federal prisoners were receiving vaccinations during the Trump administration.

Senate Republican Leader Dan McConchie’s office first denounced Senate President Don Harmon’s decision to cancel floor sessions and hold committee hearings online this month, saying it was time to get back to work. The very next day, McConchie called allowing legislators to be vaccinated “ridiculous,” without any apparent sense of irony.

There’s more, but you get the idea. It’s the outrage of the day and the arguments don’t have to be consistent because it’s about generating heat. Plus, almost nobody ever calls them out on contradictory logic, so it’s a free shot. The Republicans are very successful at ginning up this sort of outrage, even if it’s only for a few days. And then they’ll move on to the next one.

With their national party in disarray after President Donald Trump’s re-election loss, the seditionist riots on January 6, and the bizarre influence of the even more bizarre QAnon cult, perhaps the best way forward is to do what pretty much every party member can agree on and that’s attack Democrats night and day. So get used to it. It’s their version of unity.

In a weird way, though, the more public heat Governor Pritzker takes over this flip-flop, the more loyalty he can earn from at least some rank-and-file Democrats, although others appear to be hanging back while the social-media winds are swirling and may end up blaming Pritzker for the criticism. Such is a governor’s life.

Taking one for the team is just part of the governor’s job, something that Rod Blagojevich and Bruce Rauner would never dream of doing and Pat Quinn only occasionally showed that he understood. Unlike those three fellows, Pritzker didn’t run as a bomb-throwing populist. He ran on a platform of getting big things done, and you can’t get big things done if you treat the General Assembly purely as a nuisance or an obstacle.

And you can’t get anything at all done if lots of legislators say they don’t want to return to Springfield unless and until they’re vaccinated. With the cancellation of most of last spring’s session and the entire fall veto session due to the pandemic, and the possibility that much of this spring’s session could be in jeopardy, the governor needed to find a way to drag his voluminous legislative agenda out of a very deep ditch.

And it didn’t go unnoticed when Chicago Mayor Lori Lightfoot, who doesn’t have the greatest relationship with her city council, not only allowed aldermen to get vaccinated but seemed to advance their place in line, even though the city council meets remotely. Remember, multiple COVID-19 cases were reported after January’s in-person lame-duck state-legislative session.

“It is beginning to feel like the Governor is purposely working against the legislature returning to do the work of the people,” Representative Stephanie Kifowit (D-Oswego) e-mailed Pritzker’s chief legislative aide last week, according to a FOIA filed by WCIA-TV. Representative Kifowit pointed to Mayor Lightfoot’s decision to vaccinate aldermen and pointedly noted, “The longer the Governor denies the legislature a safe way to work, the longer it will take to pass significant legislation that the state needs.”

So on balance, this policy change should help. And perhaps allowing a few key staff members who must regularly be on the House and Senate floors access to vaccinations could also help. No formal request was made to the governor’s top staff about legislative staff vaccines, but there may have been a conversation with one of the leaders about it. You’ll recall that the only name released of anyone who caught the virus during the lame-duck session was Speaker Chris Welch’s chief of staff.

And, while nothing huge can change until more vaccine is manufactured, a better, faster distribution system and some effective member-education has to happen PDQ because legislators are getting pretty darned fed up with all the frantic constituent calls.