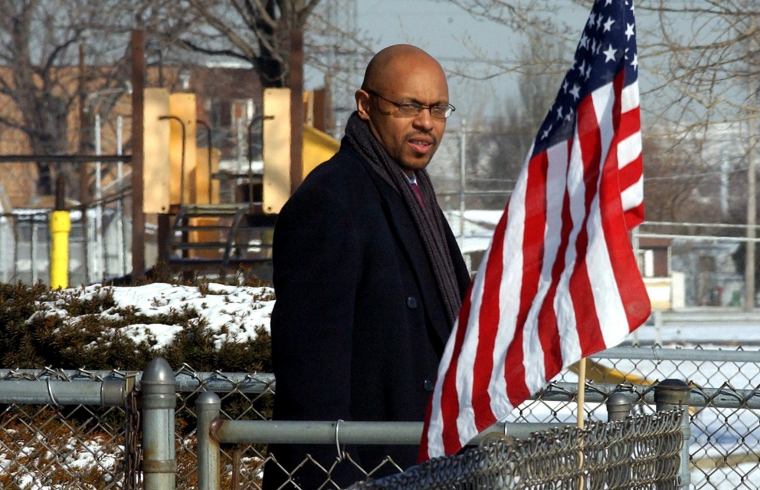 The Democratic primary opponent of State Representative Thaddeus Jones (D-Calumet City) recently ripped into the incumbent for his position on a bill last year to create a new state board that would have the power to cap some prescription drug prices.

"Thaddeus Jones voted against lowering the cost of prescription drugs," the DeAndre Tillman mailer proclaims. "All the while pocketing thousands of dollars." The claim is printed just above an image of two shaking hands, a bunch of hundred-dollar bills, and several blister-packs of pharmaceuticals.

The mailer was referring to State Representative Will Guzzardi's (D-Chicago) House Bill 3493, which failed to advance out of committee last year on a vote of 8-8. The pharmaceutical industry lobbied hard against the bill and a handful of Democrats on Guzzardi's own committee turned on the chairman's legislation.

Pharma insiders have said ever since House Speaker Michael Madigan appointed members to the chamber's House Prescription Drug Affordability and Accessibility Committee last year that Madigan had helped the industry stack the panel's membership against its own chairman.

"Being a leader means you show up to work every day," Jones' challenger Tillman said via press release after the bill failed to advance from committee the second time. "As your next State Representative, you may not always like my opinion. But I promise, I will never duck the tough votes, and I will never hide in a broom closet when I could be talking to concerned constituents."

Proponents of the legislation point to a January poll of 1,000 Illinoisans, which found that high percentages of people are worried about the affordability of prescription drugs, including 52 percent of folks with employer-based health insurance and 73 percent of those on Medicaid. According to the poll, 28 percent of respondents said they had not filled a prescription, cut the pills in half, or skipped doses because of cost concerns. And 86 percent supported the creation of a government board to "examine the evidence and establish acceptable costs for the drug."

The pharmaceutical industry has pulled out all stops against Representative Guzzardi's bill, and its lobbyists have so far managed to stop it in its tracks. Some claim that Representative Guzzardi has refused to listen to their concerns, even though the sponsor filed a clarifying amendment last month. A couple of Democrats said in committee last week that they likely couldn't vote for the bill on the floor in its current form.

In other words, despite all the machinations against his bill, Representative Guzzardi appears to have some work to do. Representative Jones didn't respond to my request for comment, but the day after I told my newsletter subscribers about his no-show, Jones emailed my bookkeeper to inform her that he would not be renewing his Capitol Fax newsletter subscription, which was set to expire next month. "When capitol fax stops being a paid whore for personal pac and anyone who pays you money, I will reconsider," he wrote.

Personal PAC is a pro-choice group that is spending big money against Representative Jones because he didn't vote for the Reproductive Health Act last year. Personal PAC is, like Jones, a newsletter subscriber.

However, the Pharmaceutical Research and Manufacturers of America, which hotly opposed Representative Guzzardi's bill and presumably approved of Representative Jones taking a walk on the roll call, is currently an advertiser on my website, CapitolFax.com. Personal PAC is not an advertiser.

Representative Jones reported spending $170,000 during the second half of 2019, with a lot of that going to campaign workers. He ended the year with a little over $7,000 in the bank, but has raised about $78K so far this year. Speaker Michael Madigan's political operation has paid for a staffer and some mail in the past month.

Most of Tillman's $77K raised this year has come from Personal PAC's in-kind contributions. The group has so far reported spending almost $49K, including a mailer.

But Representative Jones has the support of Thornton Township Supervisor Frank Zuccarelli's vaunted "Z-Team," which has a ton of experienced and capable precinct workers. That support generally translates into victory.

Representative Jones should be fine, but he's obviously rattled.