Can State Republicans Outflank State Dems with a Trojan-Horse Maneuver? 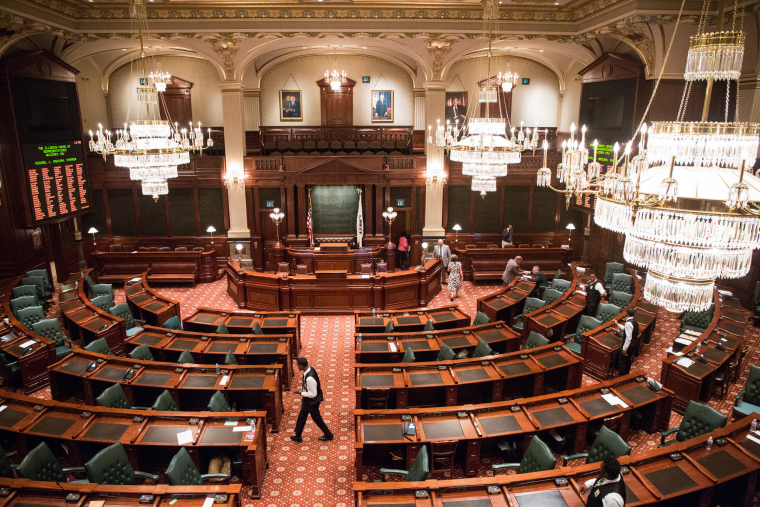 While the House Republicans made some decent points last week when arguing against the Chamber’s new rules, they all but dismissed some pretty darned historic changes.

For years, decades even, the House Republicans have argued for leadership term-limits. House Speaker Michael Madigan rebuffed them at every single turn. Heck, Speaker Madigan retaliated against members of his own party who dared broach the subject.

Remember in 2018, when labor union leaders loyal to Madigan revolted against then-Senate President John Cullerton when he aired TV ads for four suburban candidates who argued for leader term-limits, including limits on the House Speaker? Cullerton was threatened so strongly with financial retribution that he had to pull down the ads and agree not to ever do that again.

The Senate Democrats have been all but completely shut out of the significant postage-discount provided by Madigan’s Democratic Party of Illinois the last couple of election-cycles because their mailers often referenced their candidates’ support for leader term-limits (without even mentioning Madigan). That DPI rebuke has cost the Senate Dems a small fortune.

The new rule for leader term-limits is, therefore, big. And, yes, a chamber’s rules can be fairly easily changed, but it’s a start, and a constitutional change couldn’t take effect until 2023 at the earliest anyway.

The new rules also mean House committees will be allowed to meet virtually as long as the House isn’t in session. That’s a good step during the pandemic, but I’m not sure it’s something they should be doing after this nightmare is finally over.

The Republicans have demanded a rule requiring up-or-down committee votes on all bills. Representative Avery Bourne (R-Morrisonville) made a hypothetical argument during debate that a bill could be co-sponsored by every member of a committee and still not get a vote. But such a thing is unheard-of in the real world. And if a bill did reach even close to such a milestone and didn’t get a hearing, it would likely be because the co-sponsors only signed on for a press-pop and had no intention of ever moving it.

The demand is also a clear-and-open invitation to parliamentary mischief. Republicans could easily flood the zone with bills and bog down every single committee in perpetuity. They did it many years ago and paralyzed the House with hundreds of floor amendments, before those rules were tightened up.

Not to mention the national upheaval’s impact on the state. Two weeks ago, Representative Brad Halbrook (R-Shelbyville) called the governor’s pandemic-related executive orders and emergency rules “COVID fascism,” according to WCIA TV's Mark Maxwell. Last month, the FBI warned that “Armed protests are being planned at all 50 state capitols,” so Governor JB Pritzker, like many others, called in the National Guard. Last week, Representative Dan Caulkins (R-Decatur) called the governor’s response “a political agenda.”

Most Republican legislators here are not that far “out there,” but empowering folks who say things like that just ain’t going to be very high on the Democrats’ agenda. Those characters could be ignored or even laughed at before the violent January 6 insurrection. No longer.

All that being said, the Republicans made decent points about the use of shelled-out bills as vehicles for last-minute legislation, or for requiring more time to review important legislation before it can be passed. But Majority Leader Greg Harris was unapologetic, saying if using these parliamentary maneuvers helped pass bills that he and his caucus strongly supports, then so be it.

But Leader Harris did say that the working group in charge of rule-changes would continue to meet at the request of Republicans. The vote, he said, was only a first step. He said items like notice for consideration of legislation, selection of committee chairs, debate times, and other items would be up for consideration. We’ll see if that ever happens.

After the debate, Harris gave me a copy of my Capitol Fax newsletter from twenty years ago, which was published the day after a similarly-contentious floor debate on the House rules. The biggest difference between then and now, though, is that some rank-and-file House Democrats, including some anti-Madigan folks like Representative Jennifer Gong-Gershowitz (D-Glenview), were allowed input on the new rules and spoke in favor of the resolution’s passage. That would’ve been completely out of the question in 2001.

So, while the Republicans, reform advocates, newspaper editorial boards, and even I’m not pleased, there was progress. And that’s not the norm. Keep at it.