Can You Declare Victory and Withdraw When Your Enemy Is Air? 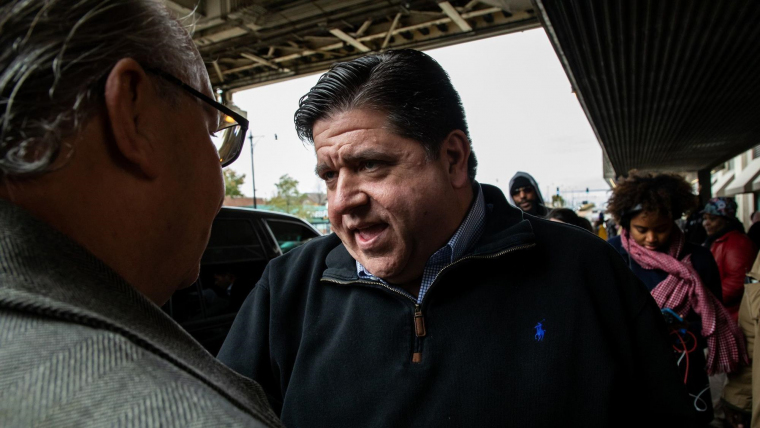 According to the Illinois Department of Public Health (IDPH), in the period just prior to and just after Governor JB Pritzker issued his first stay-at-home order in March, houses of worship in Illinois experienced thirteen COVID-19 outbreaks, resulting in 88 cases.

Since then, Illinois has seen no such outbreaks until one was revealed last week. IDPH told me of a very recent church-related outbreak of 39 cases, including the pastor.

That outbreak was acknowledged last Wednesday by the administrator of the Jackson County Health Department. The administrator told WSIU Radio that the unnamed southern Illinois church had been holding services in defiance of the governor's stay at home order.

Governor Pritzker told reporters last week that his administration will be posting "guidance, not mandatory restrictions for all faith leaders to use in their efforts to ensure the health and safety of their congregants." He said the guidance would be "suggestions" on capacity limits, indoor gatherings of 10 persons or less, etc.

"Governor Pritzker has capitulated, and the Thomas More Society is claiming victory in a trio of church lawsuits charging Illinois' governor with religious discrimination," a spokesperson for the organization said.

And then Attorney General Kwame Raoul filed his office's response mandated by US Supreme Court Justice Brett Kavanaugh after an emergency request was filed by two Illinois churches, which wanted the governor's restrictions lifted. In that response, AG Raoul claimed that the filing was basically moot because the executive order would expire the next day "and the Governor has announced that after that date religious gatherings will no longer be subject to mandatory restrictions."

The governor's subsequent order specifically says it "does not limit the free exercise of religion."

Governor Pritzker has always predicted ultimate victory in every case filed against his stay-at-home order, and his office pushed back against suggestions of capitulation to churches. But the demand from the Trump nominee Kavanaugh may have spooked him.

Either way, nobody wants to make arrests or create a martyr, particularly a religious martyr. And most denominations will be complying with the new guidance. As for those who won't listen, there's not much anyone can do outside of law enforcement, and local sheriffs would likely resist orders to put preachers in jail. Best to just declare victory and move on. If there are more outbreaks like there were before the stay at home order was issued, perhaps church leaders and their congregations will eventually learn from it.

Meanwhile, the governor appears to be pushing ahead with a move into an even less-restrictive Phase 4 of his "Restore Illinois" plan next month without first setting up a robust contact-tracing program.

For weeks and weeks, Pritzker's "Three T's" have been: Testing, Tracing, and Treatment. The state, he's said, can't do much about developing a treatment, but he has pledged to ramp up the state's testing and contact-tracing program.

Pritzker has done well with testing, but he didn't hire anyone to stand up a contact-tracing program until early May, and he appeared in East St Louis near the end of May to showcase the start of a local pilot project.

The governor's Restore Illinois plan explicitly states that one condition for the four IDPH regions moving into Phase 4 by the end of June is: "Begin contact-tracing and monitoring within 24 hours of diagnosis for more than 90% of cases in region."

On Wednesday, the governor said, "We're at about 30 percent of the contact-tracing that we need today." The governor's office claims they're actually above that right now, but Pritzker repeated that figure on Friday.

And then Governor Pritzker said, "We're going to get to hopefully about 60-plus percent, it's going to take us weeks and weeks, I can't tell you how long, I mean, some people think it will take through August to do it." One issue, he said, is that contact-tracing cannot be mandated. A quick foray into social media will show you how insane the ever-growing conspiracy theories have become on this particular topic.

Anyway, my colleague Hannah Meisel asked the governor yesterday whatever happened to that 90-percent target. "Those are, I guess, internal goals," Pritzker replied.

I was told by the governor's office that Pritzker wants to focus on readily-quantifiable, health-related goals. Contact-tracing is apparently no longer essential.

Not to mention that Chicago isn't scheduled to have its contract-tracing fully-operational until sometime in September. The city won't want to be left behind.