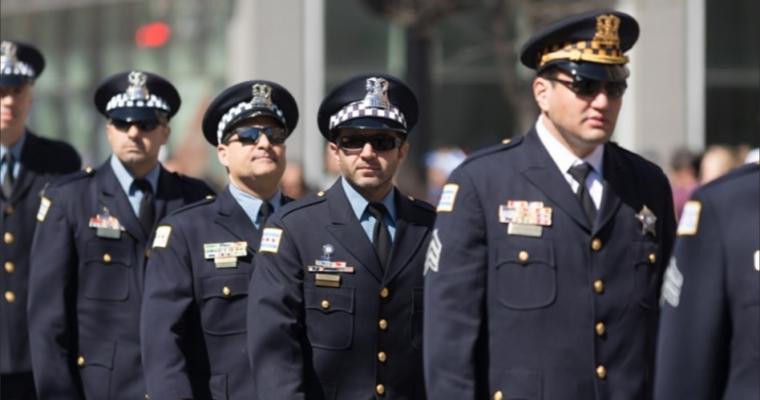 The Chicago Fraternal Order of Police’s top campaign priority this spring is defeating Senator Rob Martwick (D-Chicago) in the Democratic primary. The police group is backing Chicago police detective Erin Jones, who not long ago was described as a “loyal member” of the Northwest Side GOP Club.

The previous practice in that area of fielding Republican candidates against Democrats in the general election has simply not worked. In 2018, then-Representative Martwick defeated Republican Ammie Kessem, a Chicago police sergeant and the current 41st Ward Republican Committeeperson, by 21 points. Lindsey LaPointe was appointed to Martwick’s seat when Martwick was appointed to the Senate in 2019, and she buried Republican police detective Jeff Muehlfelder by twenty points in the 2020 general election. The failed Republican push in both years, and even long before that, was a project of GOP operative Dan Proft and folks affiliated with the Illinois Policy Institute.

Republicans have also run in Democratic primaries in that part of the world with disastrous results, but they’re going to try again with Detective Jones, only this time with real money.

In addition to the Marwick v Jones race, Representative LaPointe faces famed Chicago 911 dispatch-operator Keith Thornton, who managed the radio response to police officer Ella French’s fatal shooting, and realtor Tina Wallace in the June 28 primary. Representative Sonya Harper (D-Chicago) is up against Carolynn Crump, a Chicago cop with a PhD in business administration, as well as Steven Williams.

As noted above, Martwick is at the very tippity-top of the FOP’s hit-list. FOP President John Catanzara made it clear to his members last week that any politician who endorses or helps Martwick will feel the fiery wrath of his union.

Senator Martwick and Representatives LaPointe and Harper all voted for the SAFE-T Act, the police and criminal-justice reform bill which Catanzara said on a Facebook video last week was backed by the “Black Caucus and a ridiculously left-leaning agenda, radical Democrats in Springfield.” The Chicago FOP, Catanzara said, “has been very clear none of those members who voted for that [bill] will get any support from the FOP. Period.” Representative Harper chairs the Legislative Black Caucus.

Catanzara also said in the video message that he told three Northwest Side Chicago alderpersons, who are loyal to the Chicago Fire Fighters Union, that if they backed Martwick in the primary, there would be consequences when they ran for reelection next year. They and any others could introduce or even pass all the police-friendly ordinances they wanted, but it wouldn’t matter if they stood with Martwick over the cops, he warned.

Martwick himself has taken tremendous media heat for sponsoring a pension-sweetener bill for the Chicago police, but the police union doesn’t care. They want that man gone, end of story.

Senator Martwick is also absolutely despised by the charter school lobby, and those folks may wind up spending significantly more against him than the FOP, which recently boosted dues for its political push against its enemies.

I think Representative LaPointe could be viewed as collateral damage. The cops definitely don’t like her, yet they don’t hate her with the intensity that they hate Martwick. But she represents half of Martwick’s district, so they might as well take both shots while they’re mucking around in Martwick’s neighborhood. Same goes for the charter schools.

One issue for the FOP is that LaPointe’s other opponent Tina Wallace will likely not bow out in favor of 911 dispatcher Thornton, who reportedly has district-residency issues and has an opposition-research file that’s like five miles deep. The general rule of thumb for incumbents when it comes to primary opponents is ‘The more the merrier,’ because multiple opponents can split the opposing vote into smaller fragments. But Ms Wallace will undoubtedly want a clear shot at a majority-wins, two-way primary and will likely try to kick Thornton off the ballot.

The Illinois Association of Realtors is almost always supportive of any member, like Wallace, who runs for office. Coincidentally, the Illinois Network of Charter Schools hired the Realtors’ top political person away from them not long ago, so the two groups now have a lot in common.

Meanwhile, Crump will be “fully supported” by the FOP against Representative Harper, who had real trouble gathering candidate petitions.

A gigantic question remains whether the FOP, INCS, and the Realtors can convince enough conservative Chicagoans to take Democratic ballots to vote against liberal Democratic incumbents in liberal districts instead of voting Republican. It’s not an easy ask, and it almost never works, despite all the money that’s about to be dumped into these races.