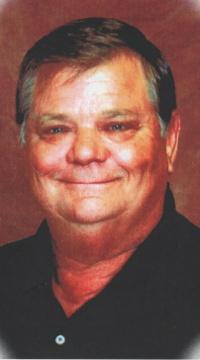 Halvy, put simply, was a force of nature.

And another total Bettendorf original.

Many of us bear this loss by imagining the joyful reunion of Halvy with his lifelong best friend, Chuck “Big C” High, who passed two years ago. Friendships like theirs transcend life, death, and everything in between.

In fact, our imaginings go beyond to include Halvy’s reunion with his mother Marilyn and Big C’s parents, Big C Sr. and Kay, all of whom personified the boundless good that comes from family.

Which explains the devotion that characterized Halvy and his.

The memories and stories are full of laughter, hilarity, and singularly Halvy antics. He was a unique blend of creativity, unfiltered energy, fierce loyalty, and uncommon compassion, especially relative to family and friends.

John Siegel, another close lifelong friend, explained the three things that set Halvy apart for him: his deep love and devotion for his wife Amy and the life they built together; Halvy’s robust work ethic and success as a team player; and the bond that was forged between Halvy and John’s son Johnny. Knowing that Johnny and Halvy found in each other those things that John holds dear about them both brings great happiness and satisfaction to John. For the rest of us, Halvy’s efforts with Johnny are a testimony to his love of John, and by extension all his close friends.

The same love and kinship existed with Big C’s little sister Susie High, whose own devotion to her brother extended to Halvy and vice versa. Looking at the big picture, Halvy’s family has a lot of different members that go beyond blood, including a long line of labradors that were Halvy’s pride and joy. It remains one of Halvy’s most endearing qualities.

Halvy made worldwide friendships later in life through online golf gaming. But mostly he had steadfast lifelong friendships from hunting, living on the Mississippi River, working at Tri-City Blacktop, and owning the Wing Dam – a community bar and restaurant in downtown Bettendorf – with Big C for many years, to name a few endeavors. Halvy leaves behind a huge imprint of a life fully and unapologetically lived, with honor, loyalty, and humor at its core.

For us lifers who grew up and grew older with Halvy, the lessons learned and take-aways from a force of nature such as Dave Halverson are enduring, character-building, and heartwarming, and proof positive that his love and friendship were the truest.

A celebration of Halvy’s life will kick off at 5 p.m. on Saturday, September 17, at Sunrise Golf, located at 3947 Moencks Road in Bettendorf. All are welcome, with a mandate from Halvy for an epic party, no lightweighting allowed. “Stallion!”