Debt, Deficits, and Bill-Backlogs Could Eat through Illinois’ Revenue-Growth like Termites 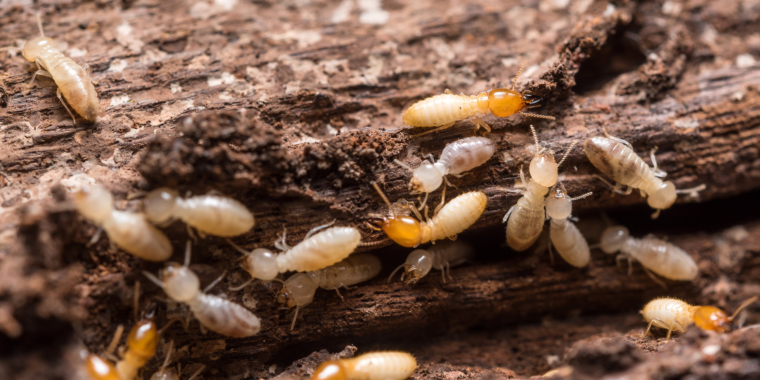 The state’s fiscal news of late has been a whole lot better than just about anyone expected. March’s base general-funds revenue grew by $422 million versus a year ago, mainly because of stronger-than-expected receipts of personal and corporate income taxes and sales taxes. That follows a growth of $330 million in February’s receipts.

The revenue surge has been so rosy that some have openly wondered whether Governor JB Pritzker was telling the truth last year when he warned voters that failing to approve a graduated-income tax, which would’ve eventually produced $3+ billion a year in new revenues, would result in budget-cuts or higher taxes.

But a little-noticed budget forecast published during spring break by the legislature’s Commission on Government Forecasting and Accountability threw some cold water on all the excitement.

“The 2017 income tax increase closed some of the structural gap in the budget but the State still has more work to do to truly be able to operate under a sustainable model moving forward,” COGFA reported.

That structural budget gap also came up in a recent report by the University of Illinois’ Institute of Government and Public Affairs, which noted that Illinois’ expenditures exceeded revenue by roughly ten percent each year between 2010 and 2020.

But back to COGFA’s report, which claimed, “As demonstrated in this report, based on forecast models, the State needs to raise more revenue and/or reduce expenditures.”

The commission produced several scenarios, including one that used the projected spending for this fiscal year and next fiscal year and applied the 2.7-percent annual-spending growth averaged here over the past five years. In that scenario, the Fiscal Year 2022 deficit would be $1.2 billion, FY23’s deficit would be $1.7 billion, and the 2024 budget would have a $1.9-billion hole with more than a $9.9-billion bill-backlog (currently at $5.4 billion).

Basing projections on the same two fiscal years with an average 3.2-percent spending growth seen in Illinois over the past ten years, the projected Fiscal Year 2024 deficit grows to $2.3 billion and the bill-backlog would be $10.6 billion.

To bring the bill-backlog down to $0, COGFA calculated that the state would need annual spending cuts of 5.3 percent and 4.7 percent, depending on which fiscal-year spending-base was used in the projection.

Zero-growth budgets would produce a $413-million surplus and a $6.5 billion-backlog by 2024 in one scenario and a $1.4 billion-deficit and a $12-billion backlog in the other.

But even achieving flat spending is hugely difficult because of ever-increasing pension obligations, medical inflation, and education-spending pressures, not to mention all the other programs that legislators and governors devise.

One of COGFA’s suggestions was reducing statutory-interest rates on past-due bills of between 9 and 12 percent annually, which it claimed could reduce spending by $15-45 million per year. While it looks good on paper, the hard fact remains that vendors have been shafted for two decades by this state and it’s already difficult to find people who will do business with Illinois. Cutting that interest rate would make it even tougher. COGFA also suggested expanding the sales tax-base, which is something the governor has rejected.

But the commission did have one piece of sound advice: Use the $7.5 billion from the federal government’s new American Rescue Plan to pay off the money borrowed from the feds, pay down the state’s bill-backlog, use some of the cash to generate as much federal matching-funds as possible, and patch any COVID-caused budgetary holes.

That will definitely help keep down the projected bill backlogs, but it won’t do much to correct the structural budget problems this state has had for many years. That opportunity was lost last November when Governor Pritzker’s “Fair Tax” went down in flames.

While the governor’s $1-billion “corporate loopholes” proposal would make a dent in those projected holes, a new and comprehensive plan is necessary. But it’ll be pretty tough with an election year right around the corner. Petitions can be circulated in about five months.