Do AFSCME and Other State Unions Know What’s Going on Around Them? 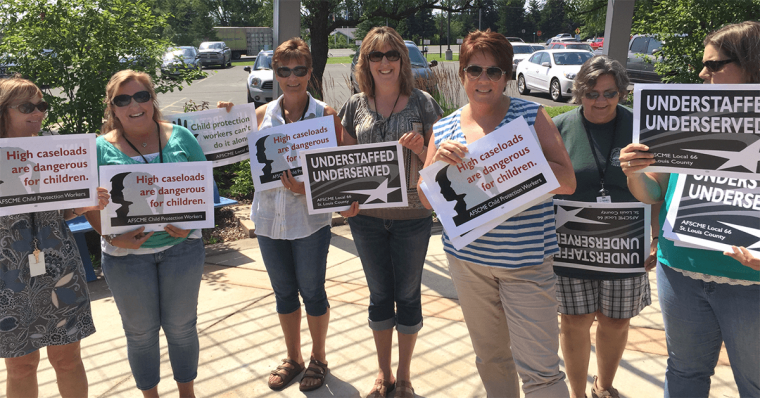 When Governor JB Pritzker recently announced that state employees who work in congregate facilities would have to be vaccinated by October 4, the largest state employee union, AFSCME (or the American Federation of State, County, and Municipal Employees), released a statement chiding the governor. “We strongly oppose any effort to define them as part of the problem,” the powerful union claimed on behalf of those workers.

But Governor Pritzker also said that about 80 percent of new COVID-19 cases in those congregate facilities “have been due to infection among employees.”

“Our most vulnerable residents, such as veterans who can’t live on their own, and adults living with developmental disabilities, have no choice but to live amongst these workers,” Pritzker said. “It’s a breach of safety, it’s fundamentally wrong, and, in Illinois, it’s going to stop.”

Aside from the danger posed to residents or inmates, outbreaks can also result in potentially exposed unvaccinated workers getting very sick or worse; or being sent home for several days to make sure they haven’t contracted the virus. Most every state facility is under-staffed, so outbreaks have the potential to crush the system, particularly with the highly-virulent delta variant spreading like wildfire.

By far, the least vaccinated state agency is the Illinois Department of Corrections, which is infamous for being chronically under-staffed for decades.

Of IDOC’s 34 facilities, only seven had a staff vaccination rate above 50 percent by late July, which is still too low.

Two IDOC facilities had staff vaccination-rates in the single digits: an abysmal seven percent at Lawrence Correctional Center and nine percent at Vienna Correctional Center. Vandalia CC was not much better at a mere ten percent. Pontiac CC was at fourteen percent, Robinson CC was at eighteen percent and Graham CC and its reception and classification center were at 21 percent, as was Shawnee CC. Six prisons had staff vax-rates in the twenties, ten in the thirties, five the forties, three were in the fifties, and just four were in the sixties.

By comparison, as of August 5, 61 percent of all Illinois adults were fully vaccinated.

“The government has resorted to 'vaccine shaming' its public safety employees rather than convincing them that getting an immunization is the best course of action,” said Terry Trueblood, president of the Fraternal Order of Police Illinois Secretary of State Lodge 95, after Secretary of State Jesse White announced that employees must either be vaccinated or tested every two weeks.

It’s time the state stopped waiting on frontline workers to come to their senses while drawing a government paycheck. Too many of AFSCME’s members are not part of the solution, they’re “part of the problem.”

And the FOP can complain about “vaccine shaming” all it wants, but logic and reasoning haven’t worked nearly enough. Not even money has worked. The state rolled out a special cash and prizes lottery program just for workers in those four agencies to try to increase vaccination rates. On-site clinics were set up to make it more convenient for employees to get their shots. The union also admirably tried to help convince its members to vax up. The carrots didn’t work. The stick is what’s left.

Pritzker gave the workers two months to comply, likely because he wants to talk details with union leaders at the bargaining table. But AFSCME would do well to remember what the late AFL-CIO President Richard Trumka said just last month when explaining why the AFL-CIO supports vaccine mandates: “You have to know what’s around you.”

AFSCME and other unions face a choice between preserving the life and health of their members or standing up for the imagined “rights” of those who would knowingly spread a fatal or debilitating disease to those around them. Something has got to change.