Does Terry Prince Have Veterans’ Six? Does He Have Their Backs? 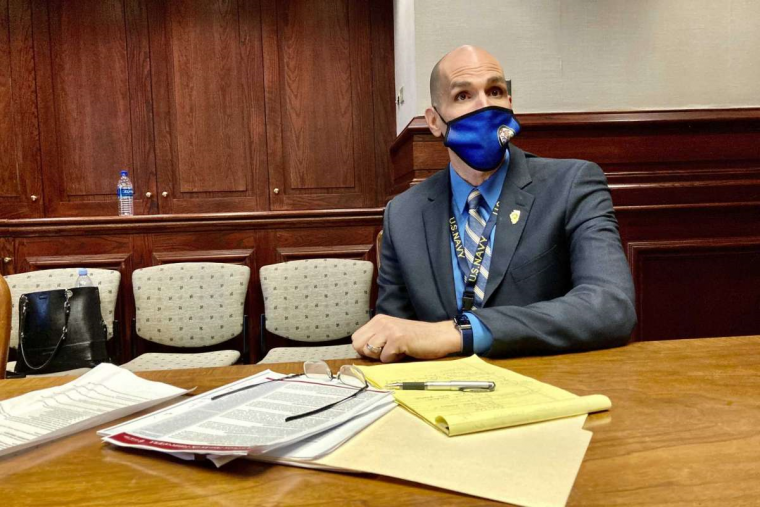 The inspector general’s report on the deadly COVID-19 outbreak at the Illinois Department of Veterans’ Affairs LaSalle Veterans’ Home is a maddening story of incompetence and chaos at every level.

The IG report tells the stories of an allegedly AWOL agency director; an in-over-his-head chief of staff; a crucial failure to fill an important upper-management position; an unconscionably-delayed IDVA management response at all levels to a clearly and rapidly deteriorating situation both in the surrounding communities outside the home and when the virus inevitably spread inside the facility; an unprepared and woefully-uninformed management on multiple issues, including basics about personal protection equipment; an abject failure to properly train and equip staff; multiple failures to ask for outside help and accept it when offered; and staff infighting and managerial timidity.

Thirty-six veterans died during the LaSalle catastrophe last year, a quarter of the facility’s population. Frankly, after reading the report, I was surprised more people didn’t die. It’s that bad.

The trouble started with Governor JB Pritzker’s hasty appointment of a state legislator to fill the IDVA director job after his initial appointee abruptly dropped out — a mystery that he has not explained to this day.

According to the report, after State Representative Linda Chapa LaVia became IDVA director, she apparently “abdicated” her responsibilities to her chief of staff Tony Kolbeck. Kolbeck’s heart was in the right place, but he should not have been given that job, partly because he didn’t have the requisite knowledge and experience, but also because the administration never appointed a Senior Homes Administrator for the agency. That administrator would’ve had the “medical understanding to provide meaningful leadership,” according to the IG report. Kolbeck essentially served as the director, the chief of staff, and the Senior Homes Administrator all at once, a near-impossibility during “normal” times, let alone during a deadly crisis.

Terry Prince is a buttoned-down 31-year Navy man with an abundance of health-care management experience in the Navy and in his last job running Ohio’s veterans’ homes. One of those homes, the fifth-largest in the country, had an outbreak last year, but it was contained, and the fatality rate was a fraction of what it was at LaSalle and at many private nursing homes in the country. Like everyone in that sector, he’s not unblemished, but he’s never been accused of incompetence that I could find.

Prince’s extensive management experience is something the IDVA has lacked for years. But he is also a student of management theory and mentioned several management-training models he admires.

I asked Prince about an item in the IG report that the LaSalle home managers refrained from disciplining workers out of fear of retaliation. I pointed out that this is prevalent in state government here because upper management too often won’t back up lower management in personnel disputes. Prince said he created a program in Ohio called “I got your six” to address that very issue. “The management team has to know that their director, assistant director has their backs,” he rightly said.

Prince wants to subject the veterans’ homes to accreditation and the federal government’s Medicaid rating system. “I want evaluations from anybody who will come and evaluate our buildings because I believe that the more inspections we have, the better,” he said.

He’s a military veteran and these are veterans’ homes, and Prince says he intends to put employees through regular training drills to make sure they are up to dealing with emergencies.

But he also talked about trying to work more cooperatively with AFSCME, something he claimed to have had success with in Ohio. Prince said Illinois Department of Human Services Secretary Grace Hou recommended that he make himself “crazy available” to union personnel, which he says he’s doing. Hou has had significant success in dealing with AFSCME. The IDVA, on the other hand, has been notable for its hostility toward the union.

“I want our veterans in our veterans’ homes to live their best possible life,” Prince said. “I want their star to shine bright in our facilities. I know we have the teams to do it. We just have to make sure that we're training them and holding them accountable and saying, ‘Here's our expectations.’”

Prince is no doubt an impressive person, but there is no longer any room for failure at that agency. He gets zero slack. To put it bluntly, if we can’t stop killing our veterans, then we as a state need to get out of this business.