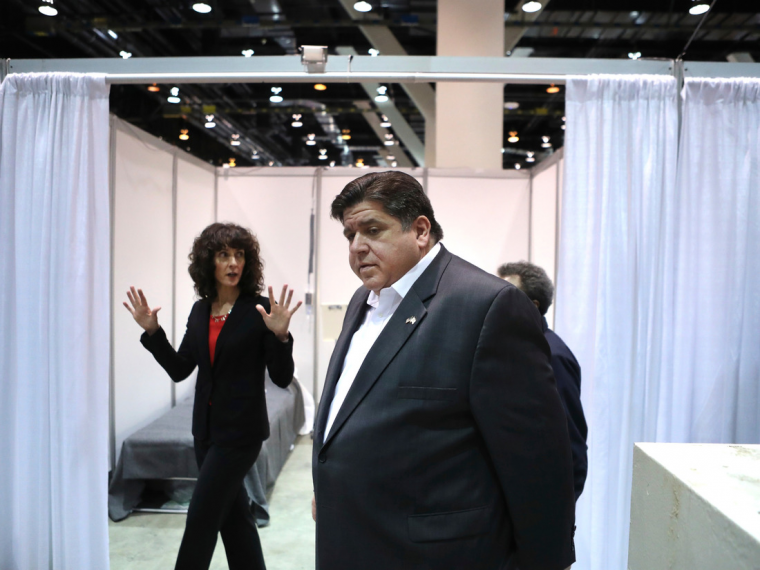 While short on details, the state and regional guidance finally issued by the White House last week gives us a set of pretty reasonable if difficult-to-achieve goals.

We all know why we need to contain and reduce our risk to the COVID-19 virus: Save lives, preserve health, and get people back to work.

And we now know what states are supposed to do to get to the finish line: 1) A measurable and sustained reduction in new positive tests over three sets of two-week periods, or the same downward-trajectory of positive tests as a percentage of total tests; 2) The ability to treat all patients without crisis care (like the tent hospitals in New York City); 3) Robust testing, contact-tracing, syndromic surveillance that can catch an outbreak before it actually happens, as well as surveillance-testing of asymptomatic members of vulnerable populations; and 4) An ample supply of Personal Protective Equipment (PPE) and the ability to deploy it along with an ability to surge ICU capacity.

Again, details lacking. The White House says states must be able to do things like "Protect employees and users of mass transit," without explaining what that means.

When all that and more is done, states can then move to the first, quite limited phase of reopening their economies. But if they cannot sustain all four points mentioned above (and more) during that phase, they have to start over again. And then it's on to Phase Two of the reopening, but with the same mandate to meet all the requirements listed above; and then Phase Three, which looks something like pre-pandemic life.

So, where is Illinois right now? The state seems to be generally OK with its hospital system and the governor claims it's improving its PPE supply-system.

But after weeks of promises, the state's testing program still lags the nation. Governor JB Pritzker claimed yet again last week that they've fixed the latest glitch, but he's made similar promises before about other things (like the state's unemployment insurance-application process), so we'll see. State leaders have been saying for weeks that testing is very important, but we have yet to see significant progress on that front. You cannot walk until you can crawl and we're still crawling here.

And Illinois appears to have a long way to go on contact-tracing, surveillance, etc.

But the really hard part will be meeting the requirement for a measurable and sustained downward-trajectory in newly-positive tests.

Decline doesn't appear to just happen on its own. The upward climb in positive results is relatively swift, but the peak's other side looks more like a plateau. Illinois Department of Public Health Director Ngozi Ezeki said on Friday April 17 that she didn't think Illinois had even reached its peak.

Illinois, like some other states, has slowed the upward curve of newly-positive tests, except for the 17th, when it spiked up hard. Slowing is good, but it's not enough to comply with White House guidance. I asked the governor on the 17th what scientists were telling him about how to reduce the number of newly-positive tests, and he said there wasn't much that can be done except to continue doing what they have been doing.

Governor Pritzker shied away from requiring masks in public, even though some say it could help bend that curve downward. I happen to think it's a good idea, but the governor said, "We don't live in a dictatorial society." To me, if the government can force restaurant cooks to wear a hair-net, it can and should require them to wear masks.

We know the "why" and we now know the outline of "what" states have to do. But when it comes to the sustained reduction of positive tests, the nation really has no plan for "how" that will be accomplished.

But at least we finally have a road map, which should give the nation and our state a bit of predictability.

By the way, White House guidance also says schools can reopen during Phase Two, even though crowd sizes of 50 people or more "should be avoided." That seems unwise, but if by some absolute miracle Illinois fixed all of its testing and monitoring-issues within two weeks, and new positive test results began to drop immediately, and then continued to consistently drop for four more weeks, the school year would almost be over anyway. That miracle is not going to happen. The governor was right to cancel the rest of the school year.