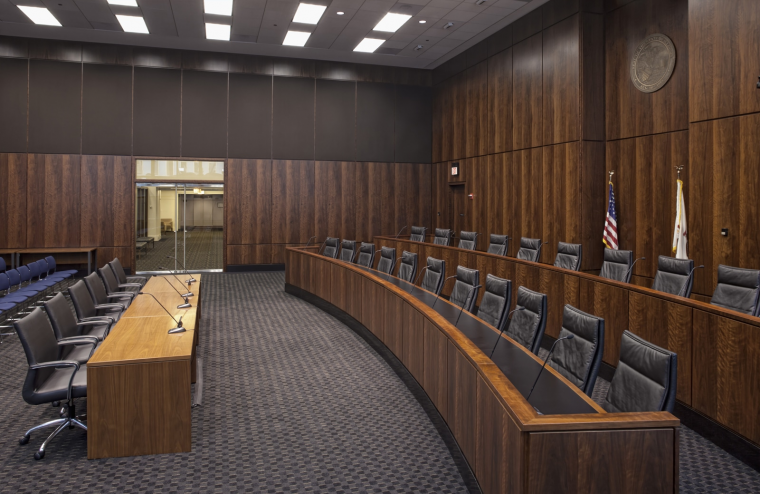 The Senate Democrats caucused by phone last week. Among other things, members heard updates about what is happening in response to the novel coronavirus pandemic.

Senate President Don Harmon told members that he, the other legislative leaders, and the governor are working on a list of must-pass bills.

One of the bills that is causing some worry is a change to the hospital-assessment law, which is about to expire at the end of the fiscal year. Failure to pass a new law could result in a $3.5 billion hit to the state budget, so it's pretty darned important.

But the legislation needs to be passed well before the end of the fiscal year because the federal government requires 90 days to study and approve the proposal.

House Majority Leader Greg Harris (D-Chicago) confirmed to me that the Illinois Department of Health and Family Services, which handles Medicaid, must submit its proposal to the federal Centers for Medicare and Medicaid Services (CMS) "by April 1."

Others have said the General Assembly has until April 2 to get this done, but the real issue is it looks right now that legislators will have to return to Springfield during an international pandemic, when everything from sports teams to schools to churches are shutting down, and the general public is panic-buying food and supplies and panic-selling stocks. It's like a bad zombie-apocalypse movie.

Nobody said the job would be easy, I suppose, but I doubt if anyone saw this coming.

In the meantime, the complicated, highly-technical negotiations over the program's rewrite continue with twice-weekly meetings. The Illinois Hospital Association's board meets on March 27, and those involved in the talks hope to have the powerful group's tentative approval by then. That doesn't leave much of a window of opportunity before April 1 or 2, but such is life.

The governor's office was quick to tamp down fears that the state's budget might take a $3.5 billion hit while other state revenues are very likely to tumble along with the markets and the economy. "We're working to prioritize what needs to be done and how quickly we can do it," said the governor's press secretary Jordan Abudayyeh, adding that the government would do everything it possibly could to obtain federal approval of the state's proposal.

Those efforts could include asking the federal government for additional time, with the hope that the escalating COVID-19 crisis will put the feds in a more-forgiving mood.

Then again, Governor JB Pritzker has lately taken to lobbing sharp criticisms at the Trump administration's response to the outbreak and at President Trump himself. Trump recently called Washington Governor Jay Inslee a "snake" after Inslee criticized the administration's handling of the situation on the ground in his hard-hit state.

You get a good look at someone's character in times like these, so we'll see how well everyone cooperates at the state and local levels when it comes to those "must-pass" bills and if anyone tries to play any games.

They need to pass a budget, perhaps a lump-sum or six-month (or both) budget to allow the state government to operate in these uncharted waters. Beyond that, there's some cleanup work to do on some of the myriad laws the legislature passed in an end-of-session rush last May. They also may want to look at some legislation designed to help people, businesses, and local governments get through this emergency. A Chicago casino might fit into that latter category since the city's precariously ill-funded pension funds are undoubtedly taking a shellacking these days and the casino was designed to help two of the funds. Not to mention the state revenues that could be lost. The state backstops McPier's bonds, and McCormick Place has lost over a half a dozen conventions in the past several days, with more cancellations guaranteed, so that probably needs to be looked at. I could go on, but you get the idea.

Decades of misfeasance and malfeasance have left the state with zero cushion to handle the coming blows. The same goes for the city and for far too many other municipal entities throughout the Prairie State.

"Together, we'll find a way to the other side," the governor pledged during a recent news conference. Let's hope so, because that path is looking extremely perilous right now. At bare minimum, everyone at the top needs to pull together and stay together.