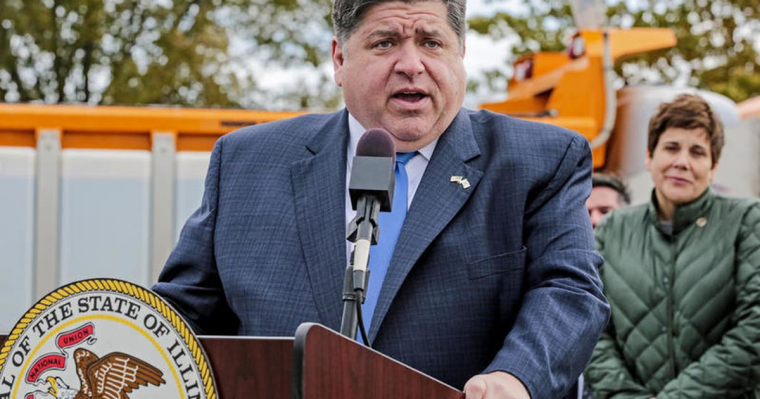 The first time was this past July, when Friar Pfleger demanded that Pritzker issue a similar emergency declaration to the one announced by New York’s then-governor Andrew Cuomo. Pfleger repeated his demand again last week after a security guard and a little girl were injured by gunfire outside of a school.

The Democrat Cuomo issued his emergency declaration about a month before he finally resigned his office in disgrace. A chorus was building against him for a variety of reasons, including numerous sexual-harassment claims.  His emergency declaration was seen by some at the time as a way to distract from the growing calls for his immediate ouster.

As far as the substance goes, there wasn’t much in former Governor Cuomo’s declaration that the state of Illinois isn’t already doing.

Cuomo unilaterally increased spending on violence-interruption and youth-job programs, which Illinois did in its current fiscal year’s budget.

Cuomo’s declaration also created a new Office of Gun Violence Prevention, but the Illinois legislature has already done that here.

Cuomo created a gun-trafficking interdiction program to stem the flow of guns from other states, but that’s already being done here, too.

Cuomo was criticized by New York Republicans for not also rolling back some of the state’s criminal-justice reforms passed two years earlier, but Illinois’ reforms haven’t even taken effect yet, so they aren’t contributing to the problem, no matter what some ill-informed blowhards might be saying.

Look, the hard truth is, if there was a legal magic wand that could be waved to immediately solve the nation’s violence problem, it would’ve already been waved years ago.

Even so, the Chicago news media has long been notorious for amplifying mostly empty but very loud calls to “Do something right now!” about violence. Mayors Richard M Daley, Rahm Emanuel, and now Lori Lightfoot have all been pilloried for failing to adequately address the city’s violence problems. Remember when another disgraced governor, Rod Blagojevich, threatened to call out the Illinois National Guard over Mayor Daley’s opposition? Blago got a ton of news media coverage for that, which, like Cuomos, is what his threat was really all about.

One thing deserving attention is a better understanding of what’s actually going on.

For instance, we are told over and over that gun violence in our cities is a gang problem. But a study conducted this year of Chicago police incident-data for 34,000 shootings during the past decade found that detectives “labeled fewer than three in 10 of them gang-related,” according to The Trace. In 2020, the city’s police department claimed 43 percent of fatal shootings were gang-related, down from seventy percent five years earlier. But that police data is probably unreliable, so we don’t really know.

There are surely other things that can be done which are working elsewhere. And the current violent surge began with the COVID-19 pandemic, so it might eventually subside on its own once (hopefully) the pandemic finally recedes.

Some things take time. You can’t snap your fingers and bring back factories to the inner cities, or get rid of guns, or force people to trust the police and stop fearing neighborhood killers.

In the meantime, it wouldn’t kill the governor to be more aggressive in informing the public of what the state has done so far and what can be done in the future. He often tries to distance himself from local crime problems to the point where he comes off as uninvolved or uninterested.

Governor JB Pritzker has done some good things, including vastly expanding violence-interruption and -prevention programs, but even then, the money spent to treat violence like a public health issue is a relative drop in the bucket of what’s likely needed.

More funding for mental-health programs is a no-brainer. This country’s track record on dealing with mentally-ill people is beyond shameful. Schools should have counselors. Neighborhoods should have clinics with easy access. Police, nurses, doctors, and so many others should get all the help they need so they can better deal with the devastation they engage with every day.

This stuff isn’t free, obviously. Magic wands are free, but they don’t exist. Make the case for more spending on real solutions and move the state forward.