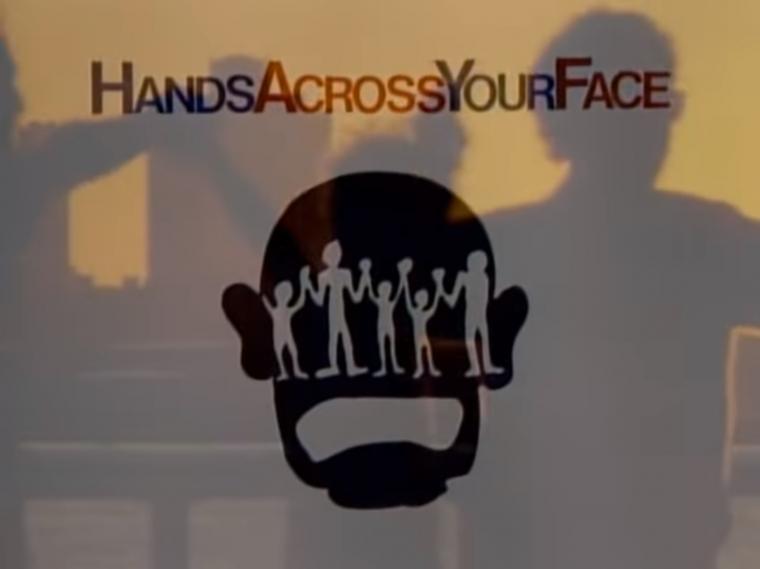 The two days of partisan political events during the Illinois State Fair are like miniature, stripped-down, informal versions of national political conventions. They serve as a sort of kick-off to our fall campaign season, so they are usually closely watched by reporters who cover campaigns and by insiders.

The speeches and organized theater are usually allowed to dominate coverage. Last week, gubernatorial candidate Senator Darren Bailey was driven to the Republican Day event on a large John Deere tractor, a tailor-made image for TV and print reporters alike. He then capably delivered his well-written speech, which mainly attempted to paint the incumbent Democratic governor as an out-of-touch billionaire with soft hands who lives in a bubble and has no clue what average folks are going through.

The “hands” image was at the core of Senator Bailey’s speech. “With our hands, and our sweat, we nurture life, we strengthen our families, and we feed the world,” he said. “Take a look at your hands. They're probably like mine, a little swollen, a little calloused, got scars on ‘em,” he said before relating the life of a farmer.

“Companies are leaving, families are leaving. Some people are just throwing their hands up and giving up,” he said later in his address. “But I mentioned your hands earlier. Look at them again. You and I are hands-on people. We fix problems all day long. Now, we've got to turn our attention to fixing this great state,” he continued.

And then he contrasted “our” hands with the wealthy governor’s. “On Tuesday, I milked a cow,” Bailey said, which, of course, involves his hands. “Last week with [Governor] JB Pritzker, he took a picture with the butter cow. Now don't get me wrong. The butter cow is amazing. . . But JB and his soft billionaire hands was safely on the other side of that protective glass, far from the work. Kind of like in his billionaire bubble. I say he doesn't care. But I want to tell you something. Maybe he just doesn't know.”

The hands metaphor was also used as a means of political action: “You can't clear a field of weeds if you don't pull them out by the roots, friends, and the only way to fix Illinois is to fire JB Pritzker and get the problem out by the roots.”

But images and speeches rarely make an impact with news media coverage alone. A candidate needs money to put those images and zingers in TV ads and to amplify them throughout the online world.

And Bailey still has no money to do that. His principal backer, billionaire Richard Uihlein, came in relatively late but big during the primary. So, maybe he’ll eventually do that again. Bailey has not yet shown any ability to raise substantial money on his own, either before the primary or since. Bailey’s only reported contribution last week was just $1,000.

Since the primary, Uihlein has contributed $20 million to Dan Proft’s People Who Play by the Rules PAC. Proft, a talk-radio host and political activist, aired some super-solid TV ads on Bailey’s behalf during the primary, so at first, I didn’t think it was a huge deal. Instead, Proft has reverted back to running the type of ads that didn’t win many elections when he was involving himself in legislative races (mainly with Uihlein’s money). His past few ads, costing $1.8 million at the time of this writing, simply feature unknown people who appear to be talking to an unseen interviewer just off-camera.

None of Proft’s independent expenditure ads mention Bailey by name. Pritzker isn’t even featured. If, as I suspect, Uihlein ultimately wants Proft to take the helm of Bailey’s campaign, then Proft isn’t auditioning well. Bailey’s own Uihlein-funded primary ads were infinitely superior to what’s on TV now. The GOP ticket situation is currently in near-disaster mode, with Bailey under siege, but it’s gonna be the apocalypse if somebody doesn’t do something soon.

Individual candidate speeches usually matter far less after the state fair fades to black. And Bailey showed last week that he is not quite capable of taking reporters’ questions.

Asked about his specific plan to address gun violence, for instance, Bailey said, “It would be nice if we would start obeying and following the laws that we have.”

Bailey’s speech and his Q&A were filled with divisive, unsubtle code-words about hard-working people being victimized by their leaders who must now rise up as one and smite their abuser.

But it’s still much more effective than the stuff Uihlein is paying good money for right now.