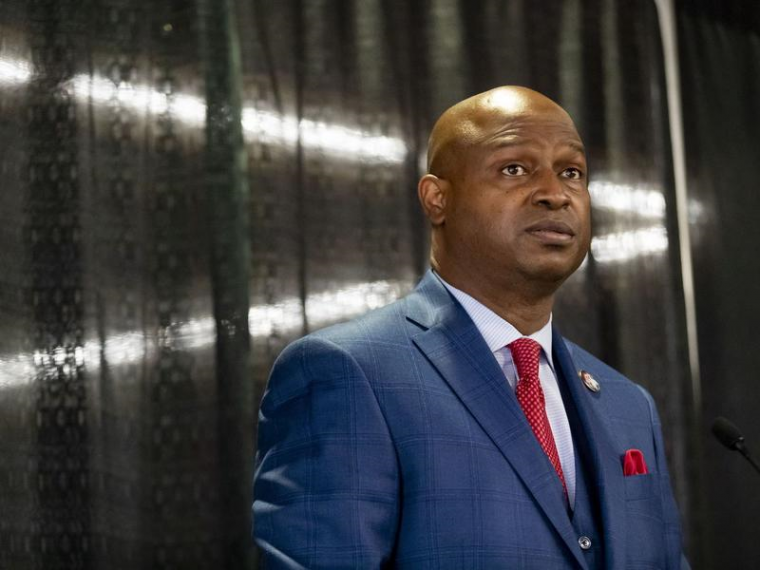 House Speaker Michael Madigan avoided calling the General Assembly back into session during the pandemic for several reasons, many of them having to do with himself.

But Speaker Emanuel “Chris” Welch told me earlier this month that “The legislature is back in business. We're going to work in 2021.”

“We're going to probably use the BOS Center for a little while,” Speaker Welch said of the Springfield convention center that the House has been meeting in. “But that's a pretty costly place. So, we're also trying to explore how to safely transition back into the Capitol. There will probably be a hybrid version of remote committees and limited things at the Capitol, but we're about to go back to work.”

The remote-legislating bill failed to pass both chambers during the recent lame-duck session, but Welch said there are some new things they can do, “and we can do it pretty quickly if we're actually working.”

Here are some more highlights from my interview:

• Chief of Staff: The new Speaker said he’s asked Madigan’s chief of staff Jessica Basham to stay on through the end of the remap process and she has agreed. Chief of Staff Basham has been diligently studying the remap process for the past two years, but she is also Madigan’s former appropriations director, which is crucial knowledge and experience to have during what looks to be a possibly horrific budget-making process.

“I'm looking forward to working with Jessica,” Welch said. “I think she's been a great chief of staff. She knows this process and I'm going to lean on her as well. And I think everyone would understand the need to have a transition period. You don't come in a door and immediately start making changes, especially when three days ago you didn't even expect to be in the position.”

• Speaking of the Remap: Welch told reporters after he was elected Speaker that he supports “Fair Maps.” I asked how committed he actually is to the concept of redistricting reform.

“I’ve believed in fair maps since I’ve been in the legislature,” Welch said. “And so we're going to begin that process. We're going to work with Democrats and Republicans, we're gonna work with the Senate, we’re gonna work with the governor. Because my definition of fair maps may be different from what everyone else's is. So, we have to do this in partnership. Remember that if we're not doing this in partnership, we already have a difficult task ahead of us, it’s only going to get more difficult if we don't do this with all the voices around the table.”

• New Rules?: Speaker Welch said he wants to talk with his members before making any decisions on new House rules, “because I heard a lot about that in my conversations,” with House Democrats during his election.

“After I talk to the members, I'll reach out to [state House Minority Leader Jim] Durkin,” he said of the House Republican Leader. Welch said he will “take a quick hard look” at the rules “and make changes where we deem appropriate.”

• Campaign Structure: The House Republicans years ago separated their government staff from their campaign staff. Madigan never followed suit. The House Democrats’ Issues Staff does double-duty on campaigns. Does he plan to change that?

“We’re talking through with a number of folks getting guidance, and we'll see how things go,” Welch said.

“What we're gonna do is take a good system and add a little polish to it, and fine tune it and add some modern touches to it, give it a little bit more transparency. But we're gonna do some things that are already being done because they're proven things that elect Democrats.”

Welch said he hasn’t yet talked with Madigan about control of the caucus’ Democratic Majority PAC, “but that’s on the agenda.”

• Madigan: Asked if Madigan had left him a letter of advice like many governors do for their successors, Welch said he hadn’t.

“But you know, he is available to me, we've sat and talked twice,” Welch said. “And both of those conversations have been very helpful to me already.

“He has told me to call him for advice on anything I need. And trust me, with his type of knowledge, I'm gonna do that. I'm gonna lean on that institution.”