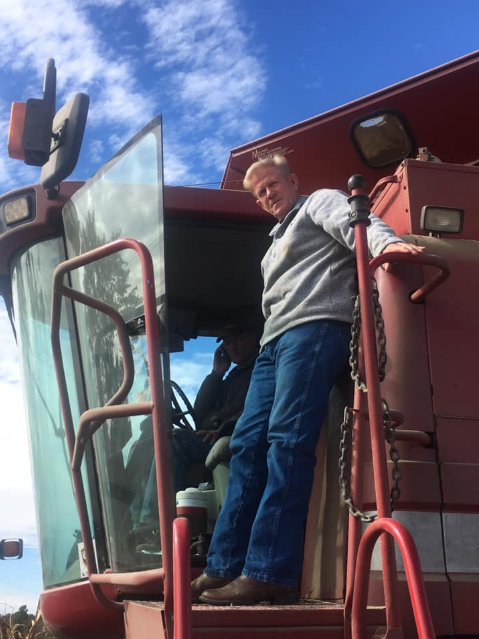 For the second time this year, House Republican Leader Jim Durkin has stripped one of his Party members’ access to a House communications staffer.

The problems with Representative Miller started coming to a head last month when his Facebook page displayed an Americans for Prosperity Illinois post calling on readers to "Keep Representative Brady accountable for raising the gas tax." The post featured a photo of Representative Dan Brady, a Deputy House Republican Leader.

Representative Miller claimed later that his Facebook account had been hacked. "Thanks for the heads up," he told me after denying he'd made the post. I was dubious of the explanation, to say the least.

And the attacks on his fellow Republicans continued. Earlier this month, he wrote on Facebook, "Republicans don't vote for tax hikes," and called the GOP members who voted to raise the Motor Fuel Tax "Republicans in Name Only" (or “Rinos”).

Representative Miller claimed in another post (which, like pretty much everything else quoted here, has also disappeared from his Facebook page, but was saved by the House Republicans) that gasoline was 30 cents a gallon cheaper across the Indiana border and wrote, "Thank Dems and Rinos." And he talked some smack about Representative Terri Bryant (R-Murphysboro), who voted for the gas tax-hike. "She done the same crap last time on the budget," Miller posted.

"The House Republican caucus does not tolerate attacks on fellow members," said Leader Durkin's spokesperson Eleni Demertzis when asked about the staff move.

"Apparently people that vote against tax hikes must be punished," Representative Miller responded, claiming that the move reminded him of junior high school.

Representative Miller also said he was "very emotional" after losing his comms staffer. "It's going to be tough without him." But he posted a photo on his Facebook page, also since deleted, of his wheat combine with the text "Mission accomplished! Wheat cut. [Staffer's name] gone. Prayers have been answered." Asked about that, Representative Miller said it was a "weak moment" and said he was probably spending too much time on his combine.

"It apparently is completely acceptable to violate a clear tenant of the Republican Party platform as no one who voted for the tax increases is being penalized in any way," Representative Miller said in the release. "I make some comments about my disappointment in Republican support for tax-hikes and that is what gets our Republican leadership angry."

"I will continue to speak my mind and will continue to oppose tax increases," Representative Miller continued. "The vast majority of my constituents are furious about the tax increases approved this spring. I hear from them every day and the message I give to them is that I will stand with them by opposing tax hikers regardless of their political party affiliation."

Notice that he said he will oppose "tax hikers." That would include members of his own Republican caucus.

Representative Miller is a member of what's known in Springfield as the Eastern Bloc, a handful of anti-tax, pro-life, ultra-conservative House members from eastern and southeastern Illinois. They haven't had an impact on the Statehouse outside of occasionally getting a little publicity by using over-heated rhetoric. And now at least one of them has decided to go after fellow Republicans.

It's difficult not to wonder where all of this goes for Leader Durkin, who heads up a super-minority caucus that is fractured into at least two even smaller camps.

Representative McSweeney, for one, has been a constant thorn in Durkin's side all year. And the Eastern Bloc members are apparently trying to reignite the party's old circular-firing-squad habits of attacking fellow Republicans (say whatever you want about former Governor Bruce Rauner, but he and his people put a stop to that stuff for a few years) and they and other members, including Durkin's own House Republican Organization chairperson, are calling on Chicago to be kicked out of Illinois while a fight continues festering in southern Illinois over the Confederate flag.

I wouldn't want to be that guy.