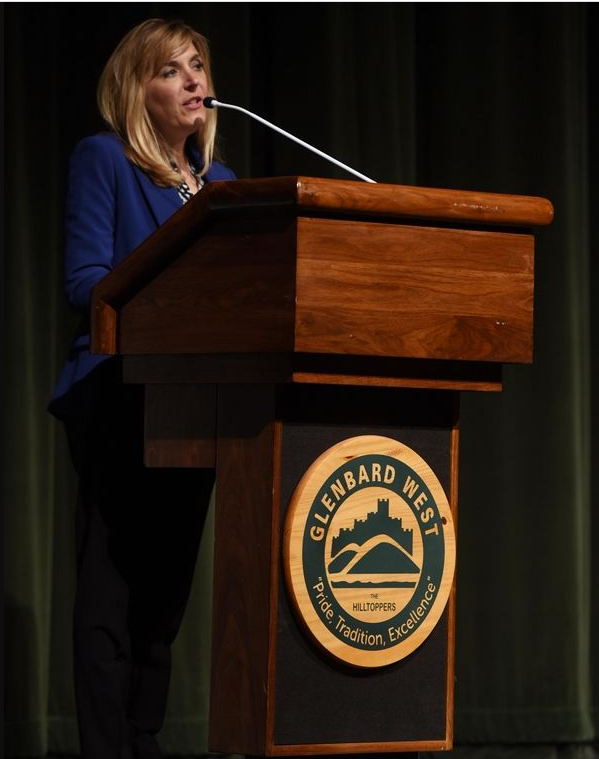 "I need to be able to look myself in the mirror every day," was how Representative Terra Costa Howard (D-Glen Ellyn) explained to me recently why she decided to call for House Speaker Michael Madigan's resignation.

"More importantly," the freshman suburban Democrat said, "I had to look at my daughters and remind them what it means to do what's right."

Costa Howard said she didn't take a poll before making her decision. "My data collection is what I hear when I talk to people, the e-mails I receive, the comments that are on my Facebook pages. That speaks volumes," she said. "I live in a community where I am out publicly all the time, so I talk to people all the time." And they have all been giving her an earful about Madigan.

"There are people who are unhappy that I stepped out on this," she said when pressed. And some of those folks run labor unions. "We have labor unions who are upset. They're disappointed that I would say anything," but she quickly pointed to her own pro-labor voting record. "I'm not really sure how much more I can say about where I stand about unions. It's incredible to me that anybody would question those values."

She did, however, vote against the minimum-wage hike, which was a major union priority last year — although Madigan himself has blocked or watered down several such pay-increase proposals in the past.

Howard also talked about a confrontation at a recent weekend event with a "buddy" who is also a "high-ranking labor person."

"It got really ugly," she said. "And the beauty of it was everybody around me went after him about it."

"What I found to be so ironic was him having this whole conversation about power and, you know, keeping the working person" in power. "And I looked at him and I'm like, the only reason anybody has power is if somebody gave it to them. When you take that away, who are they? The emperor has no clothes in that situation, and people need to wake up and see that."

That's what I've been telling the "mushrooms" for years: You're the ones who have all the power. Without you, Madigan has no majority. And no majority means no power. The entire caucus has revolved for decades around getting Madigan's most-vulnerable members re-elected, whether they agreed with those decisions or not. Vote your conscience, and then make him go out and reelect you, not the other way around. They never listened.

While Howard was quick to say she didn't want to "make it sound like it's all organized labor," she did claim that she knows colleagues who "received calls from 'certain groups' to say, 'Stand down, don't expect us to financially support you if you [call on Madigan to resign].' And I find that really troubling."

And what about her colleagues? "Do I have colleagues who are upset because they may feel I put them on a hot seat? Well, I can't control other peoples' districts, I can only control myself and what's best for me and my district, and what the people of the state of Illinois are looking for with leaders."

Howard said she will not vote for Madigan if he runs again for House Speaker. But she said she won't reject any money spent on her behalf by the state party he controls.

She did say, though, that she would refuse direct cash contributions from Speaker Madigan's personal campaign committee.

And what about objections made by some of her colleagues that she and others have no plan for what happens after Madigan steps down? What should happen?

"Exactly what happened in the Senate," when Senate President John Cullerton abruptly retired last year, she said. "There is a caucus, a conversation about who should step up to be Speaker. They were able to do it in the Senate."

Terra Costa Howard is genuinely liked by many of her colleagues, and she hasn't been a showboat who instinctively sought refuge with the knee-jerk anti-Madigans of the world. It's going to be fascinating to see what happens to her in the coming weeks and months.