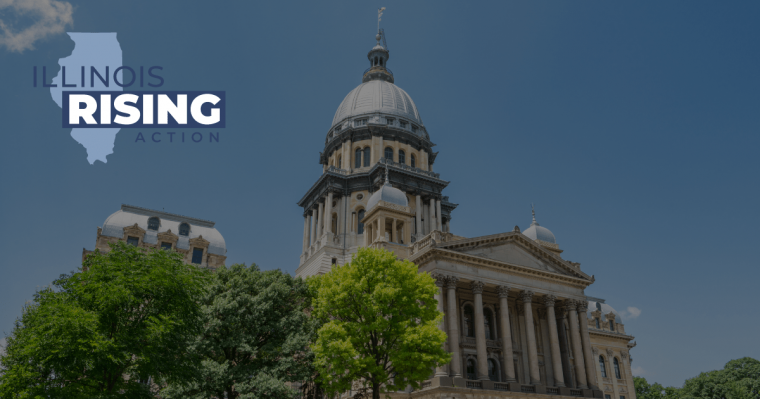 Illinois Rising Action, a dark-money super PAC, is running a TV ad against Governor JB Pritzker. The group is reportedly putting $1 million behind the spot on both cable and broadcast over two weeks.

Called "Failed," the ad heaps criticism on the governor for the toilet scandal, increased gas taxes, increased taxes on cars, and allegedly giving a "huge" pay raise "to his politician buddies." It also goes after his administration's response to massive unemployment. The ad is appearing on broadcast and cable TV in Chicago, Champaign/Springfield, and in Paducah, Kentucky.

A million bucks isn't a lot of money in the TV world, but it's not nothing, either. And since he began running for governor, Pritzker has never allowed an attack ad to go unchallenged and he's never allowed himself to be outspent.

As I write this, no response ads are airing, but I think it's safe to say that the governor will respond, and will also up the ante in the process. How much is anyone's guess, but it'll likely be substantial.

Illinois Rising Action has issued numerous press releases since early March. The group's hits on the governor have rarely been mentioned by the media, perhaps because some of the attacks have been a bit of a stretch.

For instance, the organization, which does not have to reveal its funding sources, has pointed out that an investment group the governor founded with his brother backed a company that won a $13 million federal contract to develop a test for COVID-19. The story was covered by Fox News, but didn't gain much traction beyond anti-testing social-media paranoids. Pritzker has put all of his investments into a blind trust. Besides that, the company has no state contracts and, frankly, developing a new federally funded test isn't exactly the most horrible thing I've ever heard.

It also attempted to connect the dots between Pritzker's "toilet" scandal and the massive federal effort to convert McCormick Place into an acute alternate care facility. The contractor, Bulley & Andrews, was the master contractor for Pritzker's spare mansion rehab, which blew up in his face when it was discovered that toilets were removed in order to reduce the property taxes on his vacant house. However, the McCormick Place contract was let by the United States Department of Defense, not the State of Illinois. According to the DoD, 18 firms bid on the $9 million contract. Nonetheless, "A pattern is beginning to emerge of vendors with close ties to Governor Pritzker being awarded coronavirus related contracts," the group recently claimed. Bulley & Andrews is one of the oldest contracting firms in Chicago.

The governor has blamed the group for privately dishing to reporters that his wife and daughter were in Florida and that his family had visited their Wisconsin horse farm. Pritzker has said his wife and kid were in Florida before the first stay at home order was issued and that he owns a "working" farm in Wisconsin, so travel to it would be covered by his order. Both stories visibly angered the governor – a guy who rarely shows that side of himself in public (or in private, for that matter). He claimed at one point that the "GOP super PAC" was "putting my family and my children in danger."

Illinois Rising is run by a former Mark Kirk/Bruce Rauner operative who also consults for the firm running the opposition to the governor's "Fair Tax" (some of whom also worked for Rauner before "the purge"). The idea, apparently, is to rough up the governor and then the group working against the "Fair Tax" will build on that work to try and prevent it from passing. To succeed, the constitutional amendment needs the votes of either 60 percent plus one, or over half of all votes cast in the election. The opposition doesn't have to necessarily win in order to prevail.

A response ad is therefore a bit tricky. If this was only about Pritzker, his advertising team would just kneecap the Republican Party, a not-so-popular entity in this state. But this fight is ultimately about the progressive-income-tax proposal. So in order to succeed, Fair Tax proponents will likely need some Republican or GOP-leaning votes.

All we can do now is sit back and wait to see how the Pritzker people thread that needle and track how much they spend.

Hey, at least it's something to occupy ourselves while the world burns.