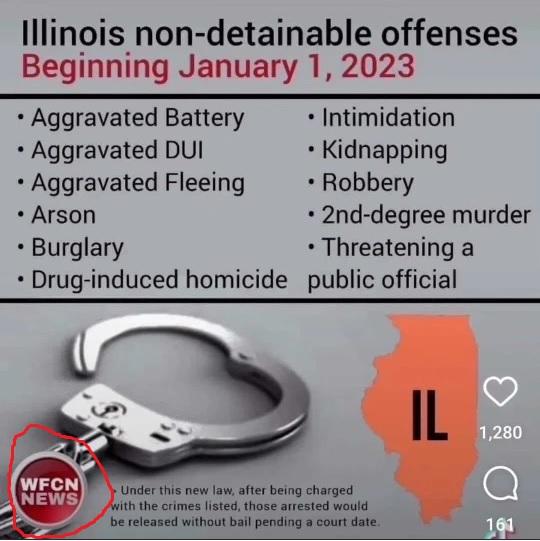 Four distinct attacks have been launched against Governor JB Pritzker and Democratic legislators in the past couple of weeks, but don’t expect a massive response yet.

(1) “The Scream”: If you watch Chicago TV, you likely saw a striking TV ad called “The Scream.” The ad featured surveillance-camera video of a white woman being mugged in broad daylight by three men in hoodies while she screams. It’s a jarring spot, to say the least. The ad was paid for by Dan Proft’s People Who Play by the Rules PAC, which is backing Senator Darren Bailey for governor.

The ad stirred plenty of controversy, and an attorney for the victim eventually objected to her attack being used in a campaign ad. She’s trying to heal, lawyer Tom Leinenweber told me, “and the Scream ad isn’t helping.” Most Chicago stations had pulled down the ad by week’s end after viewers complained, but the damage was done.

(2) Trespassing: Republicans have claimed that the SAFE-T Act has essentially decriminalized trespassing. Bailey said on Facebook that police officers could only “write a warning ... They cannot forcefully remove these people.” Congressional candidate and Orland Park Mayor Keith Pekau went massively viral on TikTok and Twitter with a claim that, “Someone could decide to live in your shed and all we could do is give them a ticket.” Grundy County Sheriff Ken Briley recently told ABC7 that come January 1, his deputies won’t be able to arrest anyone for trespassing.

SAFE-T Act proponents have called this argument a “lie.” And the Illinois Supreme Court’s Implementation Task Force decreed of the new statute: “Law enforcement do have discretion to remove the person from the location of the alleged criminal activity, and then cite and release the person from another location.”

(3) The meme and the “newspapers”: An Internet meme about the SAFE-T Act has been widely shared across all social-media platforms. The graphic was produced by WFCN News, which, despite the use of authentic-looking call letters, is not a broadcast station but a website with a distinct attitude. It’s also been used by publications designed to look like newspapers that have been linked to Dan Proft.

SAFE-T Act proponents and the governor have repeatedly said that the law’s abolishment of cash bail would mainly benefit non-violent offenders. While they are not actually “non-detainable,” those crimes would indeed qualify an accused person for release, as long as the person isn’t a flight risk or if the accused is on release for another alleged crime, or is on probation or parole. Second Degree Murder was added to the list because, in the year prior to the SAFE-T Act’s passage, nobody was initially charged with the crime in Cook County. It’s almost always used as a fallback position for plea deals. And burglary, according to a proponent of the new law, “is most often a charge used on the homeless who are sheltering in abandoned buildings,” and those folks end up languishing in jail because they cannot make bail.

Some state’s attorneys and sheriffs also claim they will have no choice but to release people from their jails when the law takes effect January 1, but SAFE-T Act proponents say local authorities can make a case to a judge that it would be unsafe to release the accused.

(4) Migrants: As with previous influxes of asylum-seekers, the state, Chicago, and Cook County are using hotels for temporary housing, including in the suburbs. Fox News has fear-mongered about the migrants for months, and some worry that they’re bringing guns and Fentanyl with them. Two suburban mayors have complained that hotels in their towns are being used to house the migrants and local TV news eagerly lapped up the story. One of those mayors, Craig Johnson of Elk Grove Village, demanded to know whether the migrants had been searched for guns, according to the governor’s office.

Individual Democrats and activists have tried to push back on all of this, but they’re swimming up Niagara Falls.

The governor didn’t help matters by admitting last week that the SAFE-T Act may need to be tweaked and then wouldn’t say what he wanted changed.

The Democrats say that crime isn’t moving any needles in their campaigns. So if you’re looking for a massive coordinated response with real money behind it, you probably won’t be seeing it anytime soon, unless the poll numbers change.