Out of Sight, Out of Mind: Why All People Who Wish to Live Free Should Care About Julian Assange's Plight 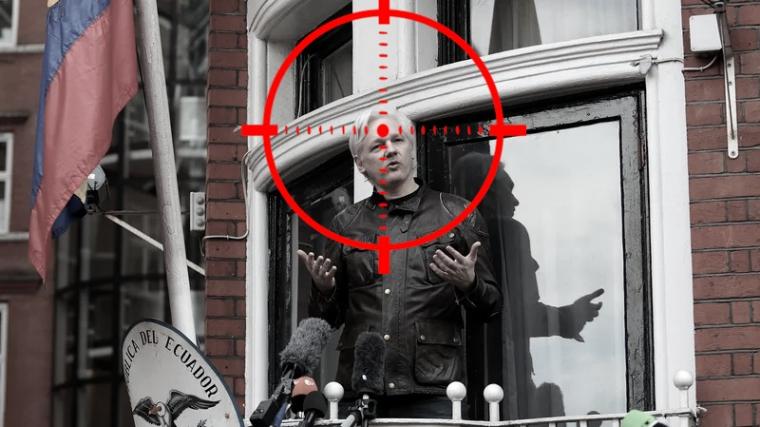 In 1963, November 22 was a traumatic day and ominous harbinger for Americans.

The so-called leader of the free world had his head blown apart during broad daylight while sitting next to his wife in a downtown Dallas automobile parade.

Many cite the JFK assassination as ending from then on any United States president being autonomous and not compromised and controlled by clandestine organizations and corrupt power alliances.

The current selected U.S. commander in chief's basic human functioning capabilities allowed to be publicly broadcast is the most prima facia evidence we've had to date that the body occupying the U.S. presidency office is not the body controlling the office.

It's well-documented that two years before his public execution, President Kennedy exposed that secret societies influence and control news organizations in order to conceal their corrupt actions and expand their authoritarian rule. In his April 1961 speech before the American Newspaper Publisher Association's meeting at the Waldorf-Astoria Hotel John F. Kennedy stated, “Its preparations are concealed, not published. Its mistakes are buried, not headlined. Its dissenters are silenced, not praised. Without debate, without criticism, no Administration and no country can succeed– and no republic can survive.”

Measured by mass media's abdication of its fourth-estate bona fides, and the progressive destruction of a free society's self-governance Kennedy's prognosis has been presciently and tragically accurate.

That was until Julian Assange founded Wikileaks in 2006.

With the whistleblower Web site, mistakes were no longer buried. Preparations were published. Dissenters were provided a global distribution platform for disclosing to “the public the facts they deserve to know,” as Kennedy stated.

And for a brief period, the establishment press devoured and leveraged the troves of data Wikileaks provided. Along the way they lauded themselves for their temporary virtue of speaking truth to power with industry awards and accolades. A decade later, these same organizations are no where to be found in coming to Assange's rescue. They've been absorbed like the Borg by a predator class of technocratic billionaire oligarchs. If the U.S. Government succeeds at extraditing Assange (who is not even a U.S. citizen) under the guise of the Espionage Act of 1917, then the censorship and suppression of the free press worldwide will be a permanent fixture in our lifetime.

The River Cities' Reader has been publishing stories about Wikileaks and Julian Assange's subsequent persecution for more than ten years. These include debunking Assange smears, summaries of the Afghanistan and Iraq War Logs and coverage proving no Wikileaks disclosures have ever put any U.S. government or personnel in harm's way. See all the articles at RCReader.com/tags/assange.

Yet as long as Assange remains imprisoned inside the maximum-security Belmarsh prison in London, his and the free press' plight continues to be “out of sight, out of mind” for most Americans.

It is a thankless task to remind people of how important Julian Assange's work products and personal mission remain our lifetime's single most important measure of press freedom and the precarious ledge the First Amendment teeters on. Nonetheless, as long as Assange can endure imprisonment for publishing the truth, we can endure being reminded why his savage persecution is so critical to a free and open society's future.