Kelly Clobbered Harris, and Might Have Clipped Pritzker, Too 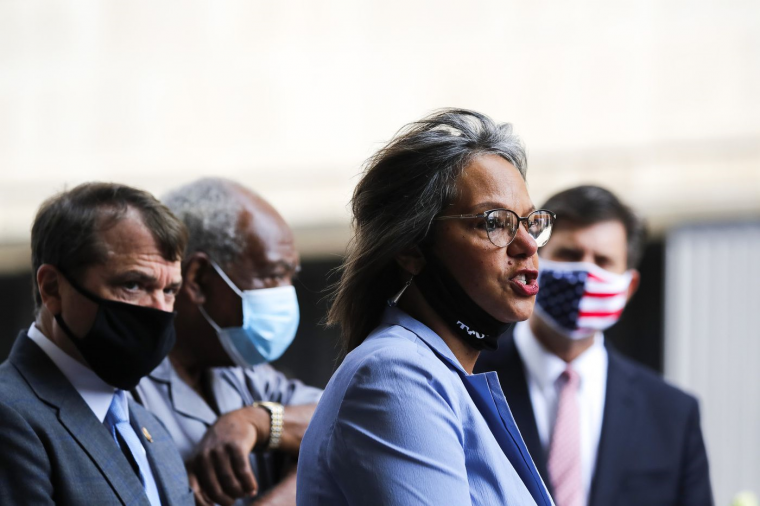 When legal questions were raised about U.S. Representative Robin Kelly’s campaign for state Democratic Party chair last week and Kelly only got stronger, that should tell you a couple of things.

One, Kelly is a genuinely well-liked, well-known, and trusted person within the Democratic Party, and her alliance with U.S. Senator Dick Durbin was crucial. They were quickly able to believably reassure her supporters and those leaning her direction that she’d find a way around the admission by her own attorney that the state party couldn’t raise or spend “soft,” non-federal campaign money as long as she had even “indirect” control of the party apparatus.

Two, and perhaps more importantly, the hit solidified the contest as a referendum on Governor JB Pritzker, and not in a good way.

When the potential loss of millions of dollars in campaign contributions, plus the possible loss of as much as $300,000 in postage discounts per cycle for the Illinois House Democrats alone, and the publicly-expressed fears about Kelly’s election from the party’s most-dependable ally, organized labor, and the very real possibility of alienating a sitting liberal billionaire governor, weren’t enough to stop Kelly, you’re dealing with a heck of a candidate, a clever sponsor, and no fear of reprisal from the other side.

Granted, the state central committee is a strangely unique voting universe populated with some odd sorts. But everybody knew that going in. Also, people lied. But that’s not new. In the end, however, the governor got rolled. Again.

Governor Pritzker’s foray into the 2020 Illinois Senate President election caused a backlash that ended in defeat and lingering resentment on both sides. His “Fair Tax” was so thoroughly beaten last year that Democratic legislators all over the state who voted to put it on the ballot were running away from it throughout the fall. January’s lame-duck session was a gubernatorial disaster. And now this.

Last week’s narrow-but-convincing thumping of Pritzker’s candidate Michelle Harris won’t matter at all to actual 2022 voters, who are far more concerned right now with staying alive, healthy, and employed. But these losses have a cumulative effect under the Statehouse dome.

Losing is like a disease in politics. People usually don’t want to have anything to do with you when you lose. So the governor needs to start putting some points on the board or this could morph into something that voters might eventually care about. Someday, this pandemic’s gonna end.

Pritzker is starting to take some positive steps. The governor just finished two weeks of events with Legislative Black Caucus members enthusiastically supporting the new criminal justice reform law and aggressively rebutting its many critics. The Black Caucus passed three of its four “pillars” in January (education and economic reform were the other two), so expect another four weeks of similar whistle-stops.

With the way things stand now, though, the legislature will roll over him like he’s not even there on the new district maps, the budget, or whatever.

For instance, Pritzker’s failed efforts for more than a year to pass a clean-up bill for the cannabis-legalization law are encountering even more resistance. Representative Sonya Harper, the chair of the Illinois Legislative Black Caucus, insisted to the Cook County Cannabis Commission last week that the Pritzker administration’s implementation of the 2019 law is the main problem, not the law itself.

And then, of course, there are the ongoing problems at the Illinois Department of Employment Security a full year since the economic crisis began. Legislators receive more gut-wrenching calls about this topic than pretty much everything else combined.

The best path forward for the governor boils down to good governance, good politics, and much better “member management.”

One thing that encompasses all three of those is the state’s capital program, which needs to be rolled out more. Nothing generates more legislative goodwill than projects. Make lots of people happy and create some jobs, already.

Above all, though, Pritzker’s gotta figure out why these losses keep happening. Stop talking and start listening.

He wouldn’t confirm it, but I’m told one of the last people to declare his state party chair allegiance was millennial committee-person Tom Maillard moments before the voting began. Maillard had just enough weighed votes to put Kelly over the top. A phone call to that young man to hear him out is probably the last thing anyone on Team Pritzker wants to do right now. But it wouldn’t be a horrible first step.