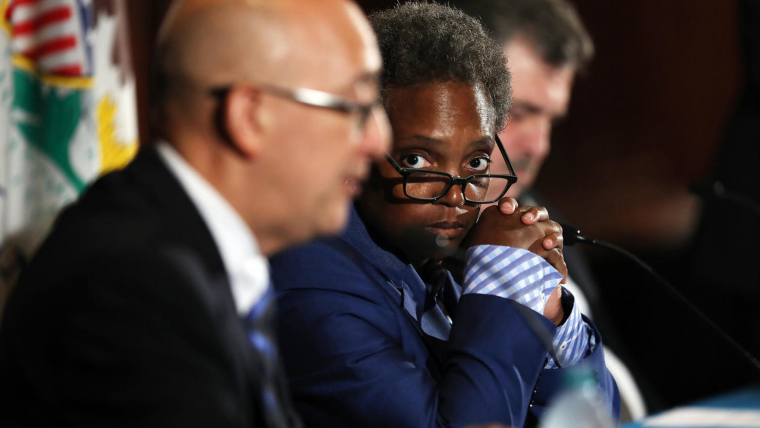 Whatever else you may believe, you have to commend Chicago Mayor Lori Lightfoot for trying to live up to her campaign promise of making sure that new economic development isn't concentrated in her city's downtown business district.

Her city-casino proposal didn't include a downtown location because she said she wanted the development benefits to target an outlying area. Her adult-use cannabis plan also forbids retail sales downtown, for partially the same reason: Let the neighborhoods benefit.

No Chicago mayor since perhaps Harold Washington has made such a public priority out of spreading the wealth into the city's neighborhoods.

The problem is not the mayor's stated intent. The problem is how these moves are being perceived by state legislators at a crucial time in the city's history.

The Chicago casino legislation was supposed to help the city make its pension payments. The cannabis bill was seen, partially, as a potential boon for the city's cash-strapped budget.

Both of those industries are consumer-driven, and both have great potential for attracting tourism and commuter dollars. It's a generally-accepted fact that the more money the city can extract out of fun-seeking visitors, the better.

So, at a time when the mayor is asking the state for help filling the city’s nearly billion-dollar budget hole, it's probably not a good idea to look like she's leaving money on the table.

I don't think anyone would dispute that a downtown casino would rake in more money than one in a neighborhood — any neighborhood. And convincing tourists to leave the area near their hotels for the still-uncommon opportunity to purchase and consume legal cannabis-products won't be nearly as successful if the shopping experience is more convenient.

Not to mention that a casino would be of dubious economic value to a neighborhood except for the proximity of any employees who might live nearby. Gamblers don't usually leave until they've spent their money, which means they won't be spending money outside. A casino could have the opposite effect of the mayor's intent.

And walling off downtown to cannabis sales is only a good idea if the mayor's real intent here is to wait until the social-equity participants are eventually allowed to open their shops later next year and then give them the first crack at the lucrative downtown-tourism market. But it's impossible to tell for sure if that's what's happening, and Lightfoot probably couldn't admit it even if it was her intent because she'd be inviting lawsuits. To most eyes, though, it just looks like she's once again passing up an opportunity to snatch up tourist dollars.

It's not that legislators don't necessarily want to help Chicago with its budget mess (although many, if not most, don't want to help at all). It's that they've already handed the city some potentially-lucrative life-rafts and many of them are sitting unused. It's human nature to be skeptical of someone asking for help when the person hasn't taken full advantage of the assistance already given.

"I really like her, but I feel like she needs to start taking more of what's offered," one suburban Democratic state Senator told me last week.

"We shouldn't," said one prominent House Democrat when I asked him if the state should help the city when it isn't apparently maximizing the existing help that's been offered.

"The casino has to be somewhere where tourists can easily go," insisted one top House Republican. "I completely do not understand anybody thinking otherwise."

I'm told the mayor has a meeting with the House's gaming point-person, Representative Bob Rita (D-Blue Island), in early October to talk about her veto-session agenda. Among other things, she wants a lower tax-rate on a casino, which is seen by some as yet another example of the city turning up its nose at revenue opportunities.

That may not be a fair assessment because the tax-rate set by lawmakers is astoundingly high and a consultant hired by the state did say the rate would make it nearly impossible for an operator to earn a profit. But there's little doubt that her stance feeds into the broader perception that the city is looking too many gift-horses in the mouth. Her people say she has not totally ruled out a downtown location. She should make that position better known.

Some of the criticisms may not be fair, and some may not even be accurate. But they're impossible to escape. And you don't want to give legislators easy excuses to vote against you.