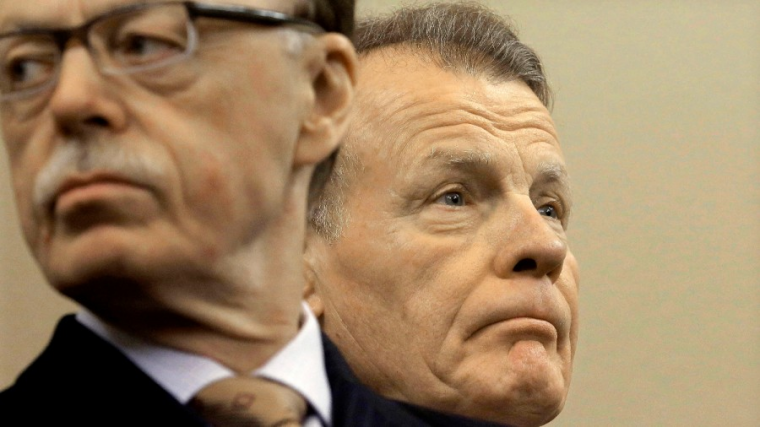 When reading last week’s indictment of Tim Mapes, it’s important to remember that federal prosecutors have been trying to prove that his old boss, former House Speaker Michael Madigan, was directing the effort to allegedly “bribe” him with favors. Madigan’s long-time chief of staff was indicted May 26 for allegedly lying to a federal grand jury and attempting to obstruct the grand jury’s corruption investigation.

It says right there in the indictment that the grand jury is investigating “efforts by [Madigan], and efforts of [Madigan’s former consigliere Mike McClain] on [Madigan’s] behalf, to obtain for others private jobs, contracts, and monetary payments, in order to influence and reward [Madigan] in connection with [Madigan’s] role as Speaker of the Illinois House of Representatives.”

While these are all central questions to the feds’ probe of Madigan, they are not necessarily questions that would criminally implicate Mapes. The government obtained an order from Judge Rebecca Pallmeyer in March to give Mapes immunity for his grand jury testimony. He could respond without incriminating himself.

Anyone with even basic knowledge of the case against Mike McClain would know that the feds had tapped and then seized his phone and his computer. It’s no surprise, therefore, that the FBI possessed numerous conversations between McClain and Mapes, and prosecutors asked Mapes about those convos during the grand jury proceeding.

Did McClain tell Mapes anything he’d discussed with Madigan or what he was doing on behalf of Madigan during 2017-2019? “No,” Mapes said, according to the indictment. Did Mapes know about any “tasks or assignments” for McClain from Madigan in 2017 and 2018 or any time after McClain officially retired from lobbying in 2016? “No.” Et cetera.

Mapes’s attorneys claim the questions were “vague and imprecise” and were about events that took place “many years ago.”

Maybe some of the questions could’ve been vague, but Tim Mapes was infamous for making it his business to know everything and never seemed to forget anything. He was a detail guy and had a voracious appetite for news and gossip. And the record shows that McClain never made it a secret to almost anyone that he was doing things for Madigan after he supposedly retired from lobbying at the end of 2016.

The feds’ tapes and e-mails of McClain’s conversations with Mapes himself may have proved just that. As an example, McClain “described to Mapes work and assignments from [Madigan] between 2017 and 2019,” the indictment claimed. Mapes also allegedly provided McClain messages communicated to Mapes from Madigan about tasks McClain was performing “on behalf” of McClain.

That Mapes would allegedly lie to a grand jury when he most certainly knew what the government had on him is either profoundly stupid and careless or some real-life Hollywood stuff.

“I never knew no Godfather,” Frankie Pentangeli said during his congressional testimony in The Godfather Part II. “I was in the olive oil business with his father, but that was a long time ago; that’s all.” Presumably, Mapes’ brother wasn’t sitting in the grand jury room at the time.

It’s natural to be paranoid about the timing of this indictment, coming just five days before the spring session’s adjournment and during a very difficult negotiation over ComEd parent company Exelon’s demand for yet another giant rate-payer subsidy for three more nuclear-power plants. The feds have had a habit for a couple of years of announcing indictments at crucial points during Illinois legislative sessions, and this may have been no different. Part of the Madigan probe centers around the 2016 Exelon nuclear bailout, after all.

The indictment contains a single mention of ComEd’s current CEO, although it doesn’t even hint at even a tiny bit of scandal. Mapes was simply asked whether he had any knowledge of Madigan’s “impressions” of the guy. But the feds did throw in that name-check, which could make people wonder what the heck is going on because the federales don’t generally toss around names without some sort of purpose — even if that purpose may be chaos.