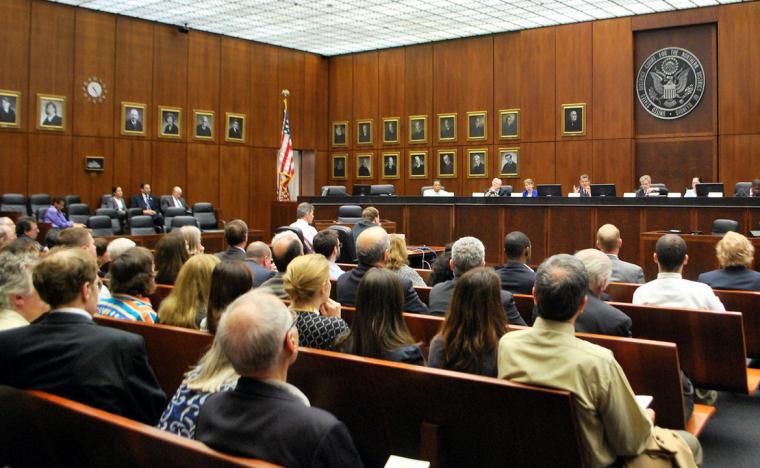 The Seventh Circuit Court of Appeals issued a landmark decision (Naperville Smart Meter Awareness v. City of Naperville) on behalf of all Americans by determining that the Fourth Amendment protects smart-meter data collected by energy companies from being searched or seized by government without probable cause and/or appropriate warrants.

The Fourth Amendment of the US Constitution states: “The right of the people to be secure in their persons, houses, papers, and effects, against unreasonable searches and seizures, shall not be violated, and no Warrants shall issue, but upon probable cause, supported by Oath or affirmation, and particularly describing the place to be searched, and the persons or things to be seized.”

Article I, Section 6 of the Illinois State Constitution more specifically states: “the right to be secure in their persons, houses, papers and other possessions against unreasonable searches, seizures, invasions of privacy or interceptions of communication by eavesdropping devices or other means.”

The Court held that because smart meters collect energy-usage patterns much more frequently than traditional meters (at 15-minute intervals), such data – called “load signatures” because different appliances, lighting, televisions, etc., all have their own energy patterns or signatures – can tell a great deal about people's activities while inside their homes, potentially violating privacy rights if improperly accessed, especially for prosecutorial purposes. Therefore any attempts to access this data, must demonstrate probable cause and/or require a warrant. https://www.eff.org/document/naperville-smart-meter-association-v-naperville-seventh-circuit-decision

According to Technocracy News, nearly 40 percent of American homes now have smart meters, with a prediction that by 2020, that percentage will reach 80 percent. https://www.technocracy.news/win-landmark-seventh-circuit-decision-says-fourth-amendment-applies-to-smart-meter-data

The doctrine claims that users surrender their expectation of privacy in information by voluntarily sharing it with a third party. Translation: while accessing services via devices, the connectivity is provided by third parties. Therefore all data generated (coming into and going out of) devices via said connectivity essentially belongs to third-party providers. This begs the question: Why did this doctrine never apply to land-line phone connectivity, even though it, too, occurred via phone lines provided by third-party providers?

Carpenter v. United States ruled that law enforcement will now need to show probable cause to secure a warrant before accessing Cell Site Location Information (CSLI) from cell-service carriers. Today, there are over 300,000 CSLIs (towers) nationwide, and in 2017 alone, law enforcement made 125,000 CSLI requests to AT&T and Verizon for criminal investigation and prosecution without warrants.

Hopefully, both of these this recent rulings will open the door to revisit other egregious court rulings that dismiss these same Forth Amendment protections. In 1976, United States v. Miller challenged government access to bank records without a warrant – an arguably unconstitutional authority provided for in the Banking Secrecy Act, regardless the third-party doctrine prevailed. Three years later, the court cited United States v. Miller to apply the same third-party-doctrine rationale for its wrongheaded ruling in Smith v. Maryland, claiming cell-phone records (numbers and texts) were also not protected by the Fourth Amendment, so do not require a warrant.

The consequences for these misguided decisions is the creation of massive surveillance dragnets by government. The Treasury Department boasts that the Banking Secrecy Act, coupled with these unfortunate court rulings, has justified the accumulation of over 190 million records, with 30,000 searches per day, including access to their reports by over 350 different agencies without warrants. https://www.wired.com/story/supreme-courts-cell-phone-tracking-case-could-hurt-privacy

When consumers first began using cell phones two decades ago, the expectation of privacy was no different than that of their land-line usage. Over time, as technology allowed for ever-increasing capture and retention of personal data generated during use, there still existed a sizable gap in consumer awareness of just how excessive such data collection had become. But even as the magnitude of this intrusion emerges, consumers provide their silent consent, continuing to willingly surrender their privacy for the ease, convenience, and accessibility the technology provides.

Which essentially means they have not reached their threshold of moral outrage – yet.

A recent study by Vanderbilt University professor Douglas Schmidt exposes a far greater degree of covert monitoring and data mining by Google via Android's operating system – 50 times more personal data is exported back to Google, during active usage and passive nonuse, using Google Chrome than occurs using Safari on iPhones, mostly unbeknownst to users of these devices. And while Google claims the information gathered is anonymous, it doesn't stay that way for long as Google deploys sophisticated methods to de-anonymize the data it collects. https://digitalcontentnext.org/wp-content/uploads/2018/08/DCN-Google-Data-Collection-Paper.pdf

The longterm ramifications of this unfathomable amount of personal data collection is beginning to wake and shake consumers up, especially considering the lack of accountability the tech giants enjoy. Algorithms that dictate search results, shadow banning, and targeting content for blatant censorship not only violate individual rights under the First and Fourth Amendments, but violate the rules governing their operation as neutral platforms for dissemination of information, including exemption from consumer lawsuits.

As Robert Epstein, research psychologist at the American Institute of Behavioral Research accurately observed in a recent interview about tech giants: “Content no longer matters, only the filtering and ordering of content matters.”

Perhaps a case could be made for tech giants' violation of anti-trust laws to potentially derail their increasing control over personal information. When purchasing an Android device, there is no option other than Android's Google-centric connectivity for Androids's basic on-board apps, which can't be easily deleted, if at all, and third-party apps that sync with Google in their operation. This lack of choice is arguably monopolistic, or at least oligopolistic, because the only comparable competitor is iPhone, which engages in the same privacy piracy, just not as severely … that is, if you're counting gigabytes.

These regular intervals of active and passive covert sweeping of personal data by Google resident on the device, as well as through synched Android apps, is a serious breach of privacy. It's pretty safe to bet that users aren't consenting to this magnitude of piracy of their privacy. But then again, as the breaches surface, you don't find many smart phones in the trashcan. Never underestimate people's willingness to look the other way if it interferes with their comfort zone. That nugget of truth has likely been affirmed in stone via some algorithm.