Noam Chomsky Knew 20 Years Ago How Media Manipulates the Public 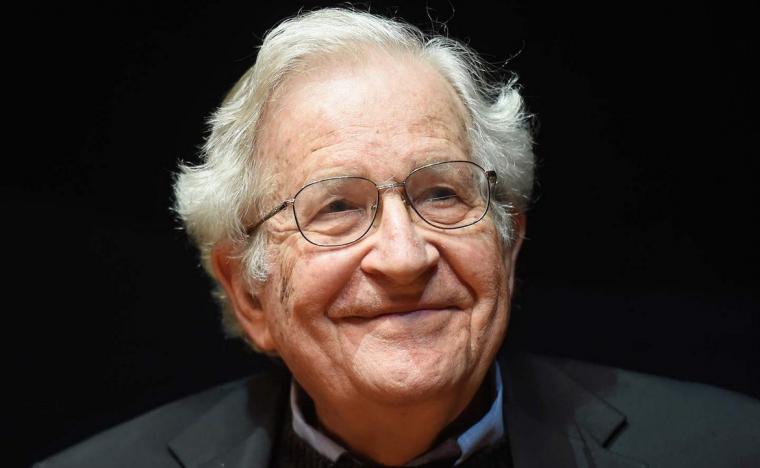 I am certain that many of you readers sense that the mainstream and social media are manipulating information to such an egregious extent that it has become toxic to listen, watch, or read.

Gone are the days when, after listening, watching, or reading the news of the day, people would engage in discussion or debate, or even pursue topics beyond sound bites and headlines to learn more through additional research. In other words: a time when facts mattered.

Opinions were always welcome, but usually only respected if supported by fact-based evidence, which means reliably sourced and verifiable. There existed an expectation that news had veracity and could be trusted because those two explicit standards applied. If journalists were caught fabricating news, it was their undoing, both in terms of careers and reputations. It was considered a terrible breach of public trust to deliberately misinform the public, and such scoundrels were rightly disavowed from the entire industry, and their media employers greatly discredited. It was a very definite professional and societal black mark.

Today, those two simple standards – reliable sources and verifiability – are severely compromised in nearly all sources of print, radio, Web, and broadcast media. They never were standards within social media.

I wish I could say that the old days of journalistic integrity existed because of reporters' and news agencies' commitment to the truth. Perhaps that was a byproduct. Yeah, let's go with that. It didn't hurt that the the U.S. Information and Educational Exchange Act of 1948, commonly referred to as Smith-Mundt Act (RCReader.com/y/smithmundt), forbade the federal government from propagandizing Americans. Thus, anything messaging advancing the interests of government and/or industry over those of the public was expressly forbidden by law. That is, until Congress repealed Smith-Mundt via the 2012 National Defense Authorization Act (NDAA) expressly green-lighting propagandizing Americans. The repeal opened the floodgates on government and industry using media to openly deceive Americans with impunity for its own purposes … so long as its purposes comport with government's own amorphous definition of national security.

All manner of government business, processes, and procedures (local, state, and federal) are increasingly attaching to national security in some way for the cover it provides by eliminating public access, thereby transparency and accountability. Sadly, these largely ignored administrative rules and regulations are enacted throughout government departments quietly, flying way under the radar. And when sunlight does happen to hit, government's obstruction goes relatively unchallenged by the people. Residents are struggling with just such an issue in Scott County with the Supervisors' refusal (for years) to record their meetings and proceedings. While not claiming its refusal is due to national security (yet), it is mired in administrative process that is not available to the public.

Media has been colluding with government for decades, but has had to do so with stealth. These covert partnerships, that began in earnest in the 1950s, of government agencies (CIA, DOD, EPA, DHS, DOE, CDC … the list is exhaustive) and nearly all mainstream media organizations (CNN, FOX, NBC, MSNBC, ABC, CBS, NPR … this list is equally exhaustive), deployed their agendas through the use of newly recognized behavior-modification techniques that are still being used today, only with far greater sophistication and frequency. They're emboldened by the repeal of the Smith-Mundt Act and simultaneous permission to propagandize millions of Americans in the 2012 NDAA – propagandizing accelerated during the later Obama Administration with his Executive Order mandating behavior-modification departments in every Executive Branch agency (RCReader.com/y/nudge2).

If the above information sounds familiar, perhaps that is because I have written about it before, so important do I consider this change in information dissemination to be. Noam Chomsky, MIT professor and founder of Cognitive Science, has been writing and lecturing on this topic for over 20 years. He is credited with developing the “10 media manipulations” that are detectable, therefore manageable by the public to circumvent agendas we want no part of. They are as follows: (1) Distraction strategy; (2) Create problems, then solve them; (3) Gradual introduction strategy; (4) Deferring strategy; (5) Utilization of language as understood by a child (less than 12 years old); (6) Make use of emotional aspects; (7) Maintain public in ignorance and mediocrity; (8) Encourage public complacency with mediocrity; (9) Self-blame to inhibit action; and (10) Know individuals better than they know themselves through biology, neurology, and applied psychology. A more definitive summary can be found at RCReader.com/y/noam10, or if you prefer a visual/audio explanation, watch it at RCReader.com/y/noam10video.

Right now, media is focused on eliciting emotional responses that essentially block rational thought and analysis. This is done using neurolinguistic programming (NLP), cognitive dissonance, repetition, leveraging short attention spans, and a barrage of irrelevant information. These techniques short circuit meaningful analysis that we can use to offset the media desired emotional responses that lack justification of the messaging, normally supplied by sourcing and verification.

It is painfully obvious that today Americans exist in this manipulated condition as they relate to socioeconomics, politics, and world events. Thus, the media is achieving its purpose(s), and consumers are obliging with a stunning lack of resistance.

For more thought-provoking illustrations of Noam Chomsky's views of modern media manipulation, check out this 2012 article on Alternet titled “10 Brilliant Quotes by Noam Chomsky on How Media Really Operates in America” at RCReader.com/y/noamquotes.