Note to Six Senators: “Present” is not Presidential 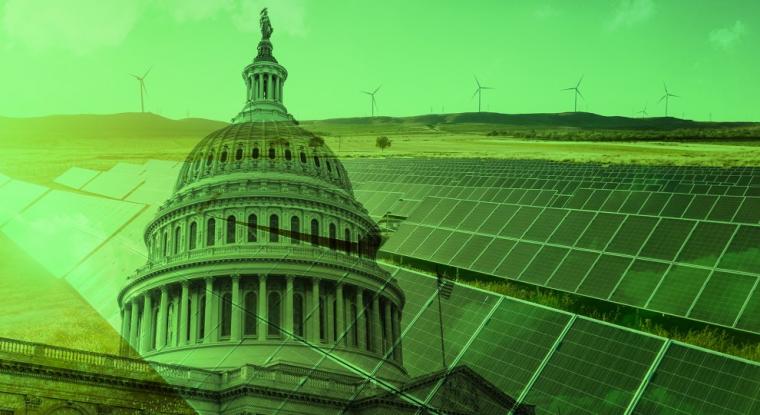 No, no, said Markey. Absent a long organizational campaign and a detailed debate, voting on it would essentially be “sabotage.” Ocasio-Cortez decried the vote as a “bluff.” Senate Minority Leader Chuck Schumer (D-NY) called it a “stunt.”

In a sense, they're right. But for at least six Senate Democrats, the “stunt” is also a “rout.”

Five of those six U.S. Senators are Cory Booker (D-NJ), Kirsten Gillibrand (D-NY), Kamala Harris (D-CA), Bernie Sanders (I-VT,), and Elizabeth Warren (D-MA), all of them declared candidates for the Democratic Party's 2020 presidential nomination and all of them declared supporters of the Green New Deal.

The sixth is Amy Klobuchar (D-MN), also seeking that nomination, who's been lukewarm on the whole idea, calling it “aspirational” and saying she'd likely oppose specific parts of it.

They've all previously and publicly expressed their opinions on the Green New Deal.

But when push came to shove in the U.S. Senate on March 26, they all voted “present” instead of casting their votes one way or the other.

It's fairly easy to change your mind, and hopefully easy to convincingly explain why. People change their minds all the time. No biggie.

On the other hand, it's impossible to change a recorded vote in the U.S. Senate. Such a vote is a significant and consequential act and reversing yourself is much harder to explain. Ask former U.S. Senator John Kerry (D-MA) how being for the Iraq War before he was against it played for him on the presidential campaign trail.

Whatever one thinks about the Green New Deal, it's already become a movement-defining manifesto for the Democratic Party. The party, and its presidential candidates, are going to have to decide – and forthrightly declare – whether they're for it or against it.

Instead of strapping on the courage of their convictions one way or the other, Booker, Gillibrand, Harris, Sanders, Warren, and Klobuchar ran for cover.

Instead of telling America where they stand on the Green New Deal, they publicly announced that they stand for nothing at all.

That's not presidential. Heck, it's not even senatorial. It's just cowardly.