Obama’s Christmas Gift to Trump: A Ministry of Truth 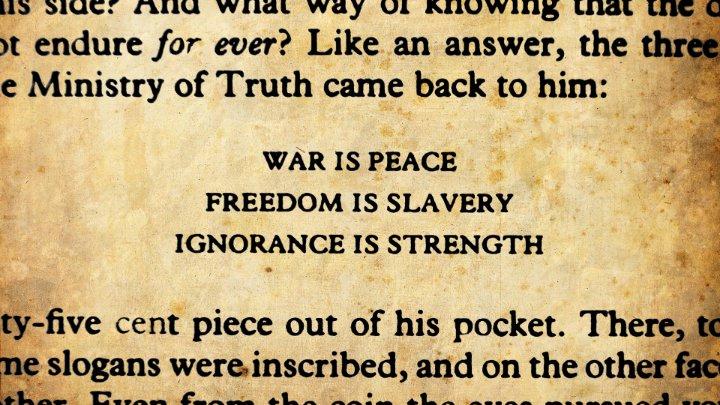 On the Friday before Christmas – the kind of time politicians pick to do things they hope you won’t notice – U.S. president Barack Obama signed the 2017 National Defense Authorization Act (NDAA).

Along with the usual terrible, horrible, no good, very bad NDAA stuff (all the little mandates involved in continuing to operate the most irresponsibly bloated and expensive military machine on the planet), this NDAA included an ugly little Christmas gift for incoming President Donald Trump: The Countering Foreign Disinformation & Propaganda Act.

The CFDAPA (yes, I’m going to give that mouthful an acronym) started out as a separate piece of “bipartisan” legislation introduced by U.S. Senators Rob Portman (R-Ohio) and Chris Murphy (D-Connecticut). It got rolled into the NDAA for the same reason Obama signed it on the Friday before a holiday weekend. That is: to minimize public attention and mute criticism.

Some of the more overheated responses to the CFDAPA paint it as a scheme allowing the federal government to “outlaw” media outlets that don’t toe the government’s line: Just wave a magic wand, declare an impertinent blog to be “foreign disinformation and propaganda,” shut the blog down, and maybe drag the blogger off to Gitmo for a long chat.

No, it’s not quite that, at least in theory, but the prospect shouldn’t be dismissed out-of-hand. And in some ways it’s actually worse.

Even given the regrettable decline in Americans’ vigilance against threats to our rights over the past few decades, straightforward, openly admitted political censorship would provoke widespread and likely effective resistance.

The CFDAPA’s purpose is to set the federal government up as the plenary arbiter of truth and to marginalize any and all narratives that don’t accord with whatever line gets pushed out of 1600 Pennsylvania Avenue. It’s Orwell’s Ministry of Truth in drag.

Overt censorship might not be far behind. Facebook and Twitter are already cooperating with the U.S. government in “countering Islamic State disinformation and propaganda.” And remember that only a year ago, Donald Trump publicly called for “closing” parts of the Internet used for recruitment by the Islamic State. CFDAPA isn’t just bad on its own merits; it’s also tailor-made for abusive expansion by an unbridled chief executive.

Repeal of this abomination should be 2017’s policy priority number one for freedom-loving Americans.