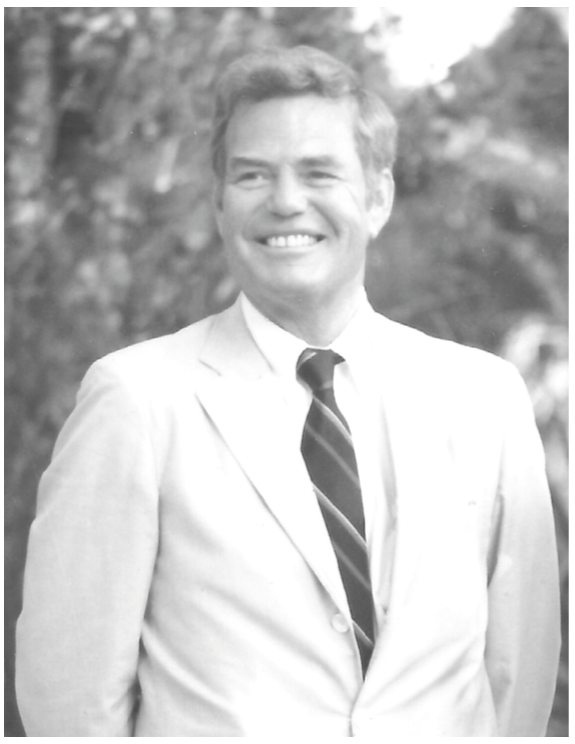 No matter what age we are when we lose our parents, we are always children in our grief. Letting go is a swirling confusion of acceptance, relief any suffering is over, and overwhelming sadness that such an important part of ourselves is missing, no longer accessible. This holds true for our beloved father, Paul McCarthy Jr., who passed on Mother's Day, May 14, at age 82, after several years of struggling with heart disease. And even though his passing was imminent, losing him brought a crushing emptiness.

Dad was the family patriarch in every sense of the word. He got that from his parents, most especially his mother Gretchen, who was the very essence of family loyalty, generosity, and humor. Dad was definitely our center. He was wise, straightforward, smart as hell, and extraordinarily quick-witted and funny. He was also very handsome, accomplished, and compassionate.

Dad was born in Michigan, but raised in Davenport. He was very close to his only younger sister, Susie Jennings, and her husband Lee was the brother he never had. They had a lifetime of fun and camaraderie together. The singular, defining characteristics of Dad were his spectacular sense of humor and the constant laughter it generated when in his company. There were always stories full of hilarity and creative embellishment. Those tales and their telling are some of our best family memories.

Dad attended Northwestern University, where he met our mother, Nancy Johnson (who was from Rock Island), and married her in 1954. Both our parents (Nancy 19 and Paul 21) were barely adults when they married and had four of their own children in six years. I am the oldest, followed by my Irish twin sister Julie, bother Paul III, and David Michael, who sadly died of SIDS after just three months with us.

Dad and Mom divorced when we were in high school, after which he met and married Jeanne Hippler. They had our three younger sisters Gretchen, Stephanie, and Megan, and together created a seamless extended family. My siblings and I are fourth-generation Scott Countians. Our great-grandfather Patrick Francis (PF) McCarthy settled here from Ireland and started the McCarthy Stone Company. He later bought a construction and paving business, merged it with his stone company, and renamed the enterprise McCarthy Improvement Company.

PF had nine children, including my Grandfather Paul Sr., who, after earning a law degree in Michigan, returned to Iowa with my grandmother Gretchen and opened McCarthy Insurance Agency for starters. Soon after, Grandpa took the reins of McCarthy Improvement, adding Linwood Stone Products. Just down river of Davenport, he oversaw the mining of a sizable quarry and built large kilns for converting rock and limestone into a host of useful products used in animal feed, steel manufacturing, water purification, and much more.

By the time our father Paul Jr. joined the company, McCarthy Improvement and Linwood Stone were well established and successful, mining, and building and paving primary and secondary highways and roads all throughout Iowa and Illinois, including construction of the Centennial Bridge and the I-80 Bridge in LeClaire. Grandpa's sudden death in 1971 thrust Dad onto the helm, and he proved most capable of leading the company to exponentially greater prosperity.

It was during Dad's tenure that McCarthy Improvement and Linwood Stone had their halcyon days. Dad understood efficient production synergies and made complementary acquisitions and start-ups, including TriState Transport, Howard Steel, and other compatible vertical companies, all contributing to substantial growth and profitability.

Dad respected the unions he worked with because they shared a common goal in wanting the company to prosper and grow so that its employees could prosper with it. I wish I had a nickel for every time an employee stopped to tell me how much he/she appreciated working for McCarthy Improvement or Linwood Stone when Grandpa and Dad ran the companies. Dad migrated headquarters from the dusty environment of Linwood's mines near Buffalo, Iowa, to the spacious green expanse of what was Crow Valley sans all the development. He wisely bought the land around the emerging golf course, knowing its value would only increase with time.

Dad's efforts were made more exemplary because even though he was highly intelligent, ambitious, and committed, he was quite young and struggling with challenges of his own when he took over the family business. Nevertheless, he consistently provided inspiration as he overcame all manner of adversity and great sorrow with uncommon grace and forbearance.

This was never more so true when our sister Gretchen was killed in a car accident in 2003 at the age of 30. He was particularly close to her, so her death broke his heart. But he soldiered on for our sake. His courage navigating that profound loss only deepened our love and admiration for him, and helped us through it more than he knew.

Our family sold its interests in our businesses in the early 1980s. Dad resettled on John's Island in Vero Beach, Florida, with Jeanne and our three younger sisters. He began his second career in the financial-services industry, becoming a senior vice president for Dean Witter in record time.

Julie and Paul followed Dad to Florida, where together they built a very successful, multi-faceted family business that Gretchen and Stephanie also eventually joined, to Dad's unending delight. Both thrived under dad's guidance, learning the ropes from a pro. Julie and Paul additionally branched out with their own highly successful investment-services company IMS Partners, working closely with Dad for over 30 years, and maintaining the familiar family component in the business they conducted.

Most of Dad's kids had the good fortune of spending nearly every day with him for decades, and were close to him in ways that run far deeper than most. All my siblings, including Megan, our family's world adventurer (who settled in Encinitas, California, and runs the Surfing Madonna Beach Run for charity), watched out for Dad. And Paul's wife Cathy had a special relationship with him, as well. We were all entirely to Dad, each in our own ways. As long as Dad could, he worked. He genuinely believed that he was still among the living because he kept moving.

And he played a whole lot of golf. Dad enjoyed a scratch handicap, and he and Paul played together weekly for nearly three decades. It was the only child abuse allowed, and they rarely let anything interfere. Dad was a state champion in high school for St. Ambrose Academy and, depending on who you talk to, had no less than three and no more than nine holes-in-one over his decades of ball striking. Anyone who played with him admired his smooth swing and casual gentleman's demeanor around the greens. One of his contemporaries recently recounted the story of playing in a high-school tournament and Dad carrying his clubs knowing they would be disqualified by the officials for breaking an esoteric rule. Dad had a date, and golf could wait. He prided himself on knowing his priorities.

Dad took a break from golf for a while to develop his fishing skills along Florida's inner coast, becoming the greatest fresh-fish griller ever! He'd corral the entire family and friends for his famous fresh-catch-of the-day cook-ins, where we were obliged to watch and learn how it's done. Even as things waned for him, Dad consistently made it to the kitchen to supervise the cooking of the fish, after which we'd pile into his bedroom to entertain him – or, more accurately stated, to be entertained.

As Dad's illness became increasingly prominent, he never wavered on maintaining humor and grace under pressure. Until the very end, he was such a good sport, no matter what new difficulties the day brought him. His father and grandfather had both died too young. In fact, most of the McCarthy men had not lived past 65. He was cognizant he had beaten the over-under, and then some.

My husband Todd and Dad became great friends and dearly loved one another. I had a nagging concern that given a choice, the family would vote me off the island and keep Todd if things went awry between us. Todd lost his own father in March of this year, making Dad's passing a more terrible blow for him, too. He greatly misses their regular phone calls, cussing and discussing the news of the day.

Like most octogenarians, Dad was rooted in his ways, yet he courteously listened (or more likely pretended to listen because he was seriously hard of hearing). More often, we would abandon politics for reminiscing and laughter, usually about some quirky thing Grandma said or did, or some goofy story from Dad's misspent youth. There was never a shortage of humor with Dad, no matter how challenging things became.

Dad boasted six grandchildren, all boys: Stephen, Christopher, Patrick, Karson, Jake, and Max. Five of the six lived near him in Florida, so they grew up knowing Dad and benefiting from his humor and guidance. Susie and Lee provided a whole pack of loving nieces and nephews that dad thoroughly enjoyed as they too grew up under the same umbrella of humor and strong family bonds.

Dad was our go-to confidante when things got rough. We could tell him anything and did. After considering our various dramas, he invariably offered common-sense advice that worked. We trusted what he said because we knew he loved us. The thing I have learned about family through Dad's struggles with his health is that being close isn't always about being together, or sharing our most intimate thoughts. As Dad became more infirm, I realized that those things were perhaps not as important as just stepping up and doing what needs to be done for one another, no strings attached, no hesitation.

Jeanne lovingly cared for Dad around the clock, and nothing was too much to ask or do. It was deeply moving to witness her constant attending. Nothing compares to that much hands-on tenderness and compassion. Julie was also an enormous blessing, ministering to Dad, and bringing him immeasurable spiritual comfort that spilled over to us in large measure, as well. As a close family, we count on each other no matter what. We are a team in the truest sense of the word. We each bring all we can to the table. Affection, enduring loyalty, and unconditional love are what prevail.

When we lost our sister Gretchen, Dad said “There is no getting over this, just learning to live with it.” That is exactly right and his wisdom pertains to our loss of him, as well.

Until we meet again, we love you, Dad!