People Will Never, Ever Rebel As Long As They’re Successfully Propagandized 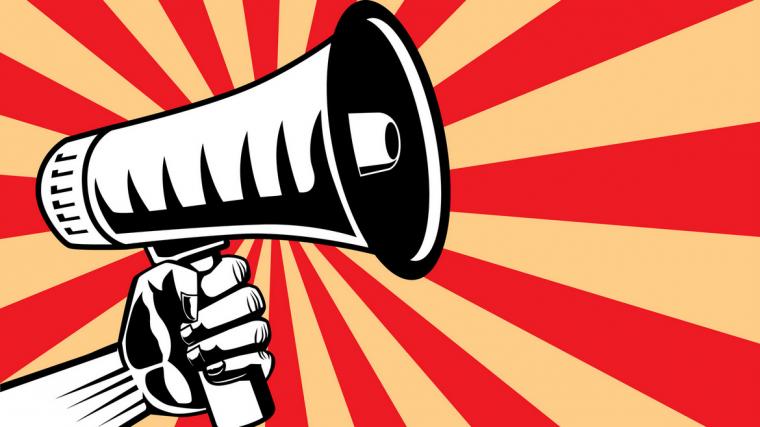 Our predicament is simple to describe.

Since the dawn of civilization, powerful individuals have controlled the stories people tell themselves about who they are, who’s in charge, how a good citizen behaves, what groups should be loved, what groups should be hated, and what’s really going on in the world. When you study what we call history, you’re mostly just reading the ancient proto-propaganda of whatever kingdom happened to win the last war during that period of time. When you study what we call religion, you’re mostly reading stories that were advanced by ancient governments explaining why the people should be meek, forgiving taxpayers instead of rising up and killing their wealthy exploiters.

This continues to this day. We fill our children’s heads with lies about how the world works, how the government works, how the media works, and, on a deeper level, how their own consciousness works, and the entire process is shaped to funnel power toward the people who control our stories. The modern schooling system was largely formed by John D Rockefeller, widely considered the wealthiest person in modern history, in order to create generations of docile gear-turners for the industrial plutocratic machine. Modern schooling is essentially mainstream media in a building; it promotes authorized narratives day in and day out to ensure that children will have a reaction of cognitive dissonance and rejection when confronted with information which contradicts those narratives.

This funnels the populace seamlessly into the narrative control matrix of adulthood, where childhood indoctrination into mainstream narratives lubricates the way for continual programming of credulous minds with mass media propaganda. All the print, TV, and online media they are presented with supports the status quo-supporting agendas of the same plutocratic class that John D. Rockefeller dominated all those years ago. This ensures that no matter how bad things get, no matter how severely our spirits are crushed by end-stage metastatic neoliberalism, no matter how many stupid, pointless wars we’re duped into, no matter how much further we are drawn along the path toward extinction via climate chaos or nuclear war, we will never revolt to overthrow our rulers.

That’s three paragraphs. Our predicament is simple to describe and easy to understand. But that doesn’t mean it’s easy to solve.

Everyone has at some point known someone in some kind of an abusive relationship, whether it be with a partner, a family member, or a job, and we all know that helpless feeling of being unable to help someone who refuses to walk away from the source of their abuse.

“Just leave him!” we say in exasperation. “The door’s right there! It’s not locked!”

This is because no abusers are simply violent or cruel: They are also necessarily manipulative. If they weren’t manipulative, there wouldn’t be any “abusive relationship”; there’d just be someone doing something horrible one time, followed by a hasty exit out the door. There can’t be an ongoing relationship that is abusive unless there’s some glue holding the abusee in place, and that glue always consists primarily of believed narrative.

“I didn’t mean it. I love you. I just get frustrated sometimes because of your stupidity.”

“You can’t leave; you’ll never make it out there on your own. You need me.”

“I’m the only one who’ll ever be there for you. Nobody else will ever love you because you’re so disgusting.”

“Your children need their father. You have to stay.”

“I’m not doing that. You’re paranoid and crazy.”

“Your inability to forgive me means something is wrong with you.”

They seldom say it so overtly, because if they did, its malignancy would be easy to spot – but those are the ideas which get subtly implanted into the abusee’s head day after day after day by way of skillful manipulation.

“It’s her own fault for staying,” someone will inevitably say.

Humanity’s predicament is the same. I often hear revolutionary-minded thinkers voicing frustration at the mainstream public for choosing to stay within this transparently abusive dynamic instead of rising up and forcing change, and yes, it is self-evident that the citizenry could easily use its vastly superior numbers to do that if it collectively chose to. The door is right there. It’s not even locked.

But the people aren’t failing to choose the door because they love being abused; they’re failing to choose the door because they’ve been manipulated into not choosing it. From cradle to grave they’re pummeled with stories telling them that this is the only way things can be, in exactly the same way a battered wife or a cult member are pummeled with stories about how leaving is impossible.

The difficulty of our times is not that we are locked up; we aren’t. The difficulty is that far too many of us are manipulated into choosing a prison cell over freedom.

The fact of the matter is that a populace will never rise up against its oppressors as long as it is being successfully propagandized not to. It will never, ever happen. The majority will choose the prison cell every time.

You’d expect that more dissident thinking would be pouring into solving this dilemma, but not much is. People talk about elections and political strategies, they talk about who has the most correct ideology, they talk about rising up and seizing the means of production due to unacceptable material conditions, they wax philosophical about the tyranny of the state and the immorality of coercion, but they rarely address the elephant in the room that you can’t get a populace to oust the status quo when they do not want to.

Nothing will ever be done about our predicament as long as powerful people are controlling the stories that the majority of the public believe. This is as true today as it was in John D. Rockefeller’s time, which was as true as when Rome chose to spread the “render unto Caesar what is Caesar’s” submissiveness of Christianity throughout the Empire. The only difference is that now the powerful have a century of post-Bernays propaganda science under their belts, and a whole lot of research and development can happen in a hundred years.

Well, what do you do when a loved one is in an abusive relationship? It never works to shake them and scream “You’re being abused!”; that just causes them to tighten up and dig in deeper with their abuser’s narratives about how this is the only way things can be and anyone who says otherwise is crazy. What works is to lovingly help that sovereign spark within them gather evidence that the narratives they’re being fed by their abuser are lies. Point out every time where reality contradicts the stories they’ve been told. Weaken their trust in the old stories while strengthening their confidence in their own perception and their sense of entitlement and worthiness. Help them to see that they’re being lied to, and that they deserve better.

This breaking of trust needs to happen within the respective partisan echo chambers of those who are being propagandized. It’s useless to increase the distrust of CNN and MSNBC among Trump’s base, for example, but it’s very useful to increase their distrust in right-wing narratives. It’s useless to increase Democrats’ distrust in Trump and Fox News, but it’s very useful to get them skeptical of the narrative-control machine they’ve been plugged into. Each head of the two-headed one-party system needs to be attacked in a way that makes sense inside each of its respective echo chambers.

Mostly, though, what we need is we need is for more thinkers to be more focused on the real problem. I know some influential minds read this blog; if they can help seed the idea out among the movers and shakers of dissident thought that propaganda is our first and foremost problem, we just might get somewhere. We need a major shift of focus onto the narrative control matrix and the obstacle that it poses to revolution, and everyone can help shift us there in their own way.

The propaganda machine won’t be adequately disrupted without intensive effort, and until it is, we’re going to keep selecting the prison cell every time.

Caitlin Johnstone is an independent journalist whose further writings can be found at CaitlinJohnstone.com.