Political Expediency Is Not Political Courage 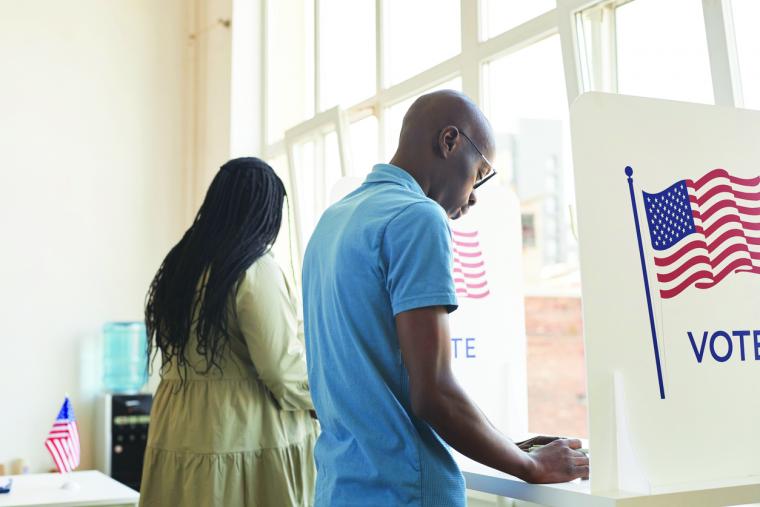 It's primary election season in Scott County (June 7) and Rock Island County (June 28), and there are nearly as many county and state races unopposed as contested within each of the fictionally competing Democratic and Republican primary contests.

For this primary election, questions were developed for Iowa and Illinois Democrat and Republican Primary candidates in four separate races: Iowa's Scott County Board of Supervisors (SCBS); Illinois' Rock Island County Sheriff; and both the Illinois State Senate and State House of Representatives. For the Illinois State Senate and House races, we partnered with our prolific and plugged-in columnist Rich Miller, who queried his Capitol Fax blog subscribers for candidate questions. We requested each candidate choose their own destiny via answering five questions of their choosing from the 40 posted. Read Questions for Scott County Board of Supervisors Primary Candidates online and pick up a printed copy at one of 300 locations in the Quad Cities to read "2022 Rock Island County Sheriff Primary Election Questionnaire" and "Crowdsourcing Critical Questions for Rock Island County Primary Candidates."

Candidates who refused to respond to these pre-election questionnaires have sent a message of insecurity, non-commitment, and most importantly, the appearance of a curious disrespect toward voters, and their own candidacies. One can arguably assume these silent candidates are depending on larger donors and special interests, along with the support of their party apparatus, to win their elections. And if these silent candidates won't engage with voters via Q&As before the primary elections, voters have every right to be concerned that those candidates' engagement with the public (should they win) will likely not improve.

Conversely, we commend the candidates who answered the questions. It requires courage to commit oneself to one's beliefs openly and transparently when seeking support from voters. Too many candidates avoid committing to specific positions, often due to campaign consultants' advice. This avoidance strategy is due to potentially being held to commitments on issues in the future, providing for the record a more precise means of measurability while serving.

The candidates who responded to the questions have demonstrated a sincere willingness to share their views and solutions hoping that you will agree with them, support them, and vote for them, knowing they have the courage of their convictions and will follow through in their representation. Their participation generates a two-way political collaboration that has residual benefits – the candidate, upon sharing specific positions and potential solutions, is secure in the electorate's support when votes are cast in his/her favor, and the electorate is confident that our votes support candidates who demonstrably respect our positions.

Admirably, four of the five Democrat candidates for Scott County Supervisor responded to the Reader questionnaire – Jazmin Newton, Brinson Kinzer (incumbent), Joseph C. Miller, and Karl Drapeaux responded, while Shea VanWinkle did not. Those questions and responses were published in the May print edition and are online at RCReader.com/tags/election2022.

Voter avoidance is a weak strategy, yet exercised in far too many campaigns that are rife with redundant rhetoric about what is needed, but never how it will be provided, coupled with litanies of self-absorbed minutiae that is supposed to be “relatable” to voters. This tired bunkum, and the indifferent attitudes that underpin much of it, strongly suggest that many candidates are not running to serve their communities by first and foremost honoring oaths of office. Instead, a candidate who will not respond to specific questions is likely filling gaps in the party's lineup, serving in collaboration with establishment party goals that have increasingly less to do with the people's interests, and more to do with preservation of the status quo.

To illustrate this trend among candidates, three of the four Republican Scott County Supervisor candidates – John Maxwell (an incumbent), Ross Paustian, and Jean Dixon – declined to participate. This group's collective rejection suggests a circling of the wagons typical of campaign strategies that encourage voter avoidance to diminish distinctions between the party's candidates, counting primarily on the “R” behind their name to carry their candidacies to wins. That strategy may have served if only three were running, but four Republicans are running for three seats.

Incumbent Republican Scott County Supervisor John Maxwell, in his refusal to participate, claimed the questions were “too pointed.” Merriam-Webster's dictionary cites synonyms for “pointed” as “applicable,” “germane,” “material,” “pertinent,” “relative,” and “relevant.” There is no such thing as questions that are too pointed in the campaign arena if your goal is to communicate with voters relative to your positions and intentions while serving. It is, however, a bit thorny if taking a stand is likely to bite you later when you renege.

It is particularly noteworthy that the fourth Republican Scott County Supervisor candidate, Jennifer Lane, not only unhesitatingly answered the questionnaire for voters; she has participated in election events on both sides of the aisle to engage with voters from both major political parties. Her political courage stands apart from her fellow GOP candidates in her striking transparency and willingness to show up and share her conservative views and ideas with a range of voters, and to listen to the concerns of fellow conservative and liberal Scott County voters in a larger, more inclusive community-wide political arena.

Good and worthwhile governance needs to restore this systemic open debate and dialogue, especially among our elected representatives. The relentless political chaos we are fed by corporate mainstream media 24/7 still nowhere near reflects the super-majority of Americans who share legions more commonalities than differences.

Too many Americans allow politics to infect their everyday understanding and opinions on current events and worldviews. Media deliberately reports nearly every major event within a framework of partisan politics. This bias blanketing reflects a media propaganda machine working 24/7 to control information and divide America along manufactured political lines. Americans cannot be reminded they have more in common than not. The fallout is less individual engagement and view sharing with others for fear of reprisal.

We can immediately counter this self-censorship by admitting what we've always known: that most things are not either/or scenarios, and that it is entirely possible to believe many connective things at the same time. For instance, we can believe that Biden was legitimately sworn in as President in January 2021, and simultaneously believe there was a scandalous amount of election interference in 2020. Discrediting one belief in order to perpetuate another is the “big lie.”

This can make primaries more challenging for voters because we are forced to congregate in one political camp or the other. We must choose among multiple “D”s or multiple “R”s. This is why these particular primary questionnaires are so valuable. It is sometimes the only authentic glimpse of their individual priorities, values, and passions in representing us. Equally important, we get a feel for their grasp of the issues and viable solutions to better judge whether we support his/her ideas and initiatives.

Shame on Democrat leadership for this mystifying gimme. Knobbe is a former Wells Fargo Bank executive and pensioner, so that could conceivably be considered a conflict of interest if Scott County banks with Wells Fargo. Especially if all or any portion of the millions in revenues Scott County receives is deposited with Wells Fargo.

Additionally, there is increased urgency for greater vigilance, scrutiny, transparency and accountability as to what and where millions in additional funds from federal COVID grants are being spent, as well as other such windfall federal appropriations, all of which have obligatory strings attached. Scott County needs a treasurer committed to bright sunlit transparency.

The other Scott County Supervisor seat being vacated is by dapper Democrat Ken Croken, who is also running unopposed in the June Primary and the November General Election in his bid for Iowa State Senate. So in the spirit of equity, shame on Republican party leadership for this blatant gimme, too.

It is curious that two such important state seats have no challengers from the opposition parties, especially in this political climate. And we wonder why so many Americans no longer sense a meaningful distinction between Democrats and Republicans.

Finally, please indulge me, as I must make this disclosure – and I do so with great pride. Gregg Johnson is running for Illinois State House of Representatives as a Democrat. Gregg is my cousin, and if I could, I would gratefully vote for him. While we disagree on different issues, we also agree on many others. Honestly, he would get my vote because he is my favorite boy cousin on my mom's side, but more so because I trust him. He will do the right things for his constituency because they are right, not for expediency or appearances, and certainly not for personal gain. I realize I have the advantage of knowing, loving, and believing in Gregg. I just wish all my votes could be this easy. Thanks for indulging me.