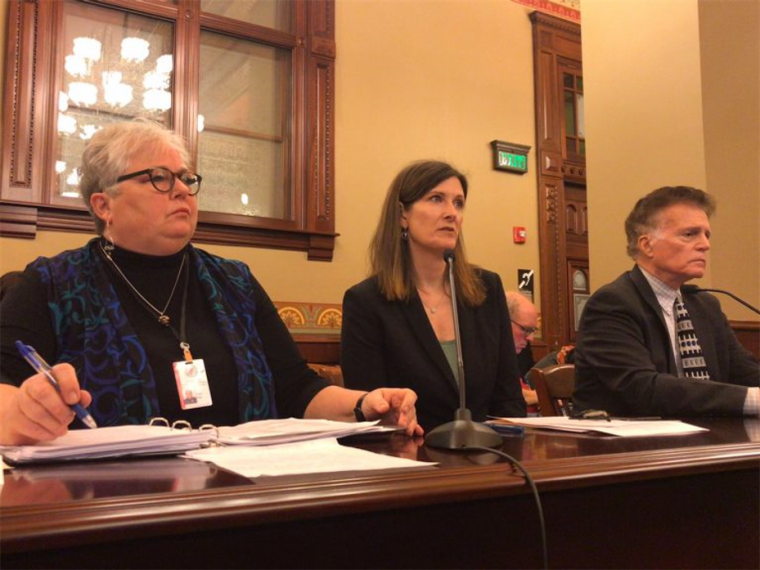 Illinois Legislative Inspector General Carol Pope announced her resignation last week and will leave office by December 15. She cited several reasons, including her thwarted attempt to issue subpoenas without any checks or balances. “True ethics reform,” she said of the legislature, “is not a priority.”

LIG Pope was certainly right about some things. For instance, state law currently allows inspectors-general to open an investigation based on allegations, including in the news media. But that was disallowed — under a new bill, passed by the General Assembly in May and transmitted to the governor on June 30 — unless the allegation is submitted as a formal complaint.

In the past, ethics bills have been tightly controlled by the House Speaker and Senate President. That wasn’t so much the case this year, however. Rank-and-file members of the Democratic super-majority had significantly more input on this bill.

Legislators as a class are generally a skittish lot. And they fully realize that “innocent until investigated” is the standard by which officeholders are judged by voters, reporters, and pundits. That could be why they even balked at Pope’s request to publish investigative reports which actually vindicate legislators. The mere existence of the investigation itself would have to be defended. It could be far more trouble than it’s worth. Better to just bury the whole thing.

The new ethics bill also bars the LIG from investigating anything that isn’t a violation of the Illinois Governmental Ethics Act or other laws “related to the member's or employee's public duties.” Violations of House and Senate rules are also off-limits.

But the two House Democratic members of the Legislative Ethics Commission, Representatives Kelly Burke and Maurice West, said that law-enforcement was the “proper and just avenue for criminal activity outside the purview of official duties.” Indeed, former Senator Terry Link was busted by the feds for his income-tax problem and former Representative Nick Sauer was indicted on twelve felony counts for violating the state’s non-consensual dissemination of private sexual-images law.

Since legislators under indictment sometimes refuse to resign, what Pope apparently wanted to do was open separate investigations into whether they had violated the state’s very broad and ill-defined “conduct unbecoming a legislator” law. If found in violation, the respective chambers could then vote to expel the member. In reality, though, it’s unlikely that anybody in such a position would ever cooperate with such an investigation, as last year’s ComEd-related “conduct unbecoming” probe of Speaker Michael Madigan clearly showed.

We can go through the nuances of Pope’s resignation until the cows come home, but it doesn’t really matter. Literally nobody outside the General Assembly will care, and for good reason.

The hard truth is that every former LIG but one, dating back to Tom Homer, the state’s first Legislative Inspector General, has publicly chafed at the restrictions they were put under.

It’s beyond clear that the General Assembly either needs to find a new Inspector General who understands and accepts the position’s limited role, or, better yet, the legislature needs to change the law so that no self-respecting reformer will be embarrassed to admit what they do for a living. Maybe they could find some spot in the middle.

Either way, the current set-up clearly ain’t working, and it’s up to the legislature to fix it.

Some of the reforms in the new ethics bill are good. Banning Monday-night pre-session fundraisers was long overdue.

Forcing lobbying entities to disclose their “consultants” is also a much-needed reform. We currently have no idea who’s making money off of advising lobbyists how and whom to lobby. It’s downright shady and it has to end.

Those were my top two priorities for an ethics bill based on my years of observing this process, so I’m kinda/sorta fine with the result.

But that’s just me. The General Assembly has got to stop blithely bumbling its way into this sort of criticism.

Governor JB Pritzker, who is usually a glass-half-full guy, has said the bill on his desk does some good things, but he’d like to see more. He’s indicated that he’ll sign it. But he may want to think about vetoing this thing. Aside from the politics of it, he can make a reasonable case.