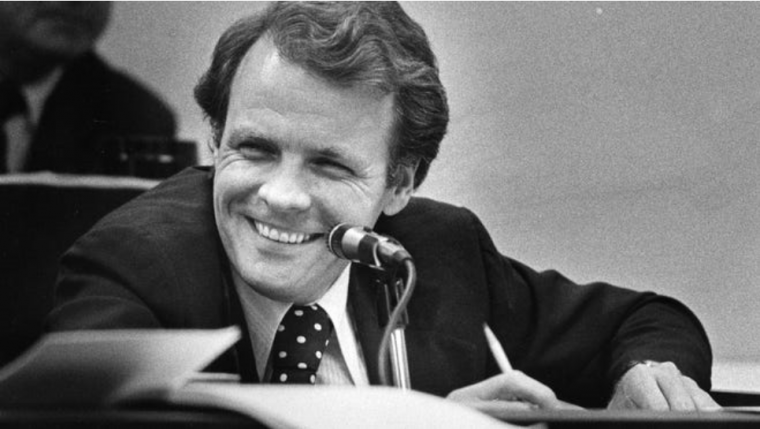 “The 22nd District is a garden,” then-House Speaker Michael Madigan told reporters several years ago when asked about his House district. Some thought it was funny, but he was serious. And he’s most definitely the head gardener.

I’ve often said that Madigan, who officially resigned from the House on February 18 after more than 50 years in office, ran the Speaker’s office like he ran his ward and district offices. The House was an even bigger garden than his home turf.

Madigan was of course a master fixer who took care of his members’ every need. And since he often preferred electing the sort of folks to his chamber who, um, didn’t always have the ability to fend for themselves, electorally or otherwise, his entire operation was like a big feedback loop. He elected members who needed his help and then he would help them whenever they asked, whether that was something as simple as tickets to a ballgame, campaign money, jobs, and contracts, or even moving a state prisoner closer to home. You name it, he probably did it. The more he did for them, the more control he had over them, although nothing was ever explicitly said. Favors for favors don’t have to be explained.

But it was far more than just mundane things. He made the House’s trains run on time and the way he did it required an immense amount of work and control. Madigan said he was a fan of the way President Franklin Delano Roosevelt would bring all sides to the table to try and work out agreements, but balancing interests on countless pieces of legislation every year was never an easy task. The result, however, was that most folks, including business groups, knew they could get a fair shake as long as he was controlling things, even if they had to occasionally take it on the chin. There was a reason why Illinois only approved tiny minimum-wage increases until a billionaire liberal governor demanded much more.

He spent endless hours every Sunday during session months reviewing details of every single introduced bill and amendment and figuring out what to do about the proposals and the sponsors and the involved interest groups. Conference-committee reports used to be a thing (after disputes between the two chambers over amendments, small special committees were appointed to resolve the differences), but Madigan stopped doing them after people other than he tried to sneak through big stuff during the end of session rush. He wanted total control and he was convinced that was a good thing for his members, the House, and, by extension, the state. And what he wanted, he usually got.

The careful planning, preparation, execution, and, most importantly, control extended to the political side. Actually, it was all one thing. He set up some flimsy firewalls, but there was no real difference. His House chief of staff was also the executive director of his state party. His alderman ran his field operation. His best former campaign staffers became successful contract lobbyists and then oversaw House campaigns. A tiny handful of those elite lobbyists/campaigners even sat in on those aforementioned Sunday bill review meetings.

I asked Madigan years ago if he thought he’d ever get tired of it all. He said he viewed the job as a big, challenging puzzle, and as long as he enjoyed putting that puzzle together, he would stick around. In the end, he didn’t have a choice in the matter. But the word I hear most from people who speak to him these days is that he’s “relieved” to be done with it all.

It just wasn’t fun anymore. Madigan took some big and justified heat a couple of years ago for his approach to sexual harassment within his sprawling operation. He’d always tried to quiet things down with, in his own words, “knock it off” warnings to the violators. In his mind, at least, that worked for years, but he belatedly realized it wasn’t enough. In order to maintain control, he was forced to dramatically change courses.

That intense scandal was the beginning of the end. The deep well of support for Madigan was no longer there when the feds busted ComEd and indicted some of his pals and publicly zeroed in on “Himself” like never before. And some of his members also grew tired of having their noses often forcibly wiped for them and the submission to a flawed leader that act required. Enough revolted that they blocked his reelection as Speaker and now Madigan is left to tend a much smaller, friendlier garden, supposedly in peace.