Pritzker’s Talent Throughout the Pandemic Has Been Following Others’ Maps, Not Drafting His Own 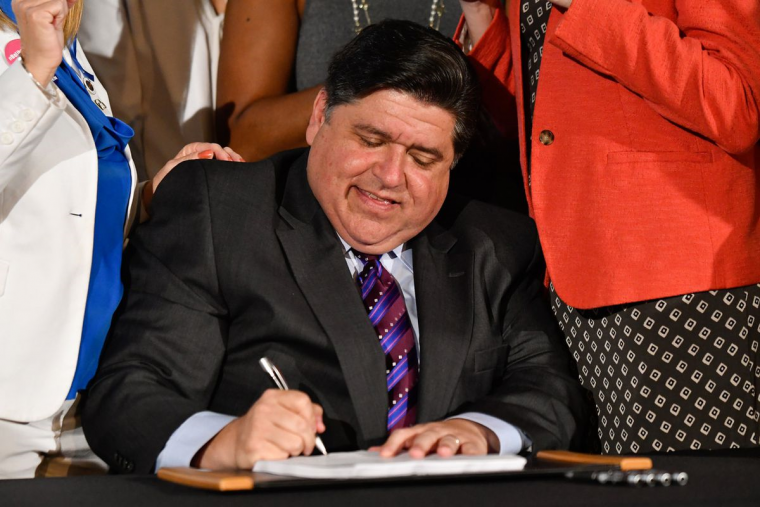 For many weeks after the beginning of this COVID-19 crisis, Governor JB Pritzker proved adept at telegraphing his every move.

Governor Pritzker waited until people practically begged him to shut down the schools on March 15. He talked about issuing a stay-at-home order for days, and then only acted on March 21 after California jumped first. It was clear for days that he would extend his stay-at-home order another month starting April 1. He talked for well over a week about a mask-wearing requirement, always noting that he was being lobbied by Republican State Representative Mark Batinick before finally announcing the order on April 23.

People may not have always agreed with him, but they did always have a sense of where he was going. Pritzker did get out over his skis when his Illinois Workers' Compensation Commission dramatically altered the burden of proof on COVID-19 illnesses in favor of employees without so much as a heads-up to business groups. But most regular folks never noticed that and a court intervened and stopped the order anyway.

Otherwise, the governor did a remarkably good job of making sure the public was always aware in advance of his leadership direction.

And then came his May 5 announcement of his "Restore Illinois" roadmap to gradually reopening the state.

To be fair, Pritzker did say for days that he was looking at a more regionalized approach to the stay-at-home order. But then he sprung his plan on the state without adequately laying the groundwork. Everyone was most definitely sure to complain about a regional map no matter what it was. People will always find a way to say they should be in a different region, particularly near borders.

But the governor has yet to come up with an easily-digestible explanation for why he drew the maps the way he did and, in the process, he's left the door open to municipalities to try to form their own regions.

For instance, Peoria's mayor is backing a regionalization plan developed in concert with his county's public health director, a trained epidemiologist. They're not ignoring science in Peoria, as the governor has accused local officials of doing as they push to reopen in defiance of his order. The Peoria area is using actual epidemiology to make the case for their own map because Pritzker's map and his overall scheme don't get them where they want to go and when they believe they should get there.

More importantly, though, Restore Illinois broke with Pritzker's battleplan of copying others' work. New York's reopening plan has ten regions to Illinois' five, even though New York is only half again as populous as Illinois. People see that and understandably wonder why our regions are so big.

New York's plan also relies on two-week intervals to move to the next stage, as do most every other state plans that don't throw open everyone's doors right away. Illinois' plan includes a 28-day metric for hospitalizations. That 28-day requirement for no overall increase in COVID-19 hospitalizations has understandably rubbed a whole lot of people the wrong way.

Pritzker has a nuanced explanation for this, but he's struggled to get it across. I asked him last week for a succinct summation and he said his plan would allow the regions to move more quickly into the next phase than "under the metrics that the White House put forth." But the White House essentially abandoned its two-week metrics the moment they were released. People are understandably focused on Pritzker's four weeks.

I get the governor's pitch, but I do this for a living, and most people don't. I am also no fan of reopening too fast. It makes me feel like we've gone through all of this for nothing and will have to do this all over again.

Anyway, Pritzker made the mistake of introducing brand new concepts into a process that had worked well for him and the state since March.

The governor could've accomplished the same ultimate goals with smaller regions and by sticking with two-week metrics, opening up a couple-two-tree things in two weeks and then several more in another two weeks. Instead, Illinoisans, especially at our thousand-plus miles of borders, may understandably feel trapped while every one of our surrounding states are opening up.

If you can't explain a surprise announcement in a sentence or two then it's too darned complicated and people won't understand. The governor needs to get back to simple copycatting as soon as humanly possible.