Pritzker Considers Gyroscopes as He Mulls Matching Revenues with Spending, and Vice Versa 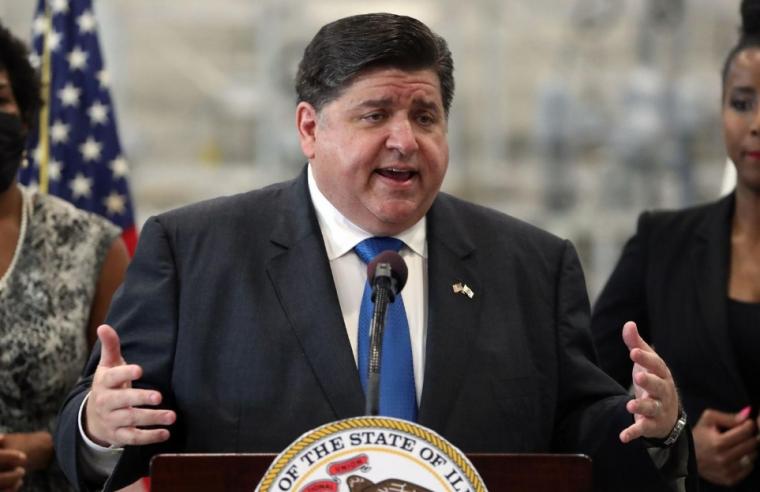 Governor JB Pritzker’s administration recently used its annual Economic and Fiscal Policy Report to outline three new budget proposals. The report revised projected revenues upward by $3.69 billion for this fiscal year, but noted that most of the projected increase was from one-time sources, like an unexpected spike in the state’s Income Tax Refund Fund of $1.28 billion.

The governor wants to use some of that cash to put another $1.3 billion into the state’s rainy-day fund, bringing the balance to about $2.3 billion. “While Illinois currently has its highest balance ever at $1.045 billion, Illinois is still among the smallest state rainy-day funds,” the report noted.

Governor Pritzker also wants to set aside some money to pay off tobacco-settlement revenue bonds issued in 2010. About $500 million is left on that debt, which was incurred to help the state make it through the Great Recession. And the governor wants to make an unspecified additional contribution into the state’s Unemployment Insurance Trust Fund, which still owes the federal government $1.345 billion plus interest.

Last spring, both the House Speaker and the Senate President went all-in on budget stability and avoided creating new programs and adding big bucks to existing programs which could eat into one-time revenue surges and force austere fiscal choices down the road when that temporary cash dried up and there was no other money to pay for anything. As a result, Illinois’ credit rating was raised again, a real rainy-day fund was finally established, and hundreds of millions of dollars were invested in the state’s pension funds above and beyond the statutory minimum requirements.

The recent report also projected some deficits down the road at the current revenue/spending pace. The deficits are relatively small as a percentage of the total state budget and they’re a drop in the bucket compared to projections made when Bruce Rauner was governor.

Back in 2016, almost two years after the temporary income tax was allowed to partially roll back, Fiscal Year 2022’s budget deficit was projected to be $6.5 billion with a whopping $47 billion bill backlog - almost $4 billion higher than total projected state spending that year. After a state income-tax hike in 2017 and billions pumped into state coffers and the economy by the federal government during the pandemic, Illinois ended up posting a surplus in FY22, and this fiscal year’s surplus is projected to be $1.689 billion, even after adding more money into the rainy-day fund. But those newly-projected deficits are still in the hundreds of millions of dollars, and that could very well force spending cuts.

The projected increase in budget pressures, by the way, have nothing to do with the state’s pension obligations. State pension payments are expected to be 20.1 percent of total expenditures this year, and they’re projected to be 20.1 percent of expenditures in five years. The pension obligation is still high (due to nearly a century of under-funding), but it’s finally becoming a whole lot more manageable.

I asked both the House and Senate Democratic legislative leaders last week to respond to Pritzker’s fiscal ideas. Both gave responses that could be considered in the “under review” category.

Senate President Don Harmon said through a spokesperson: “We share the governor’s focus on fiscal responsibility and rebuilding the economic stability of Illinois. We look forward to reviewing details with the administration.”

House Speaker Chris Welch told me during an interview last week: “We have said all along that we've made some great changes that have produced revenue for our state, and we continue to see revenue being generated. The outlook for our state is very positive. I’m so optimistic about our state, and that's why you saw polling numbers that people believe Illinois is on the right track now - more so than they ever have. Do I agree with how the governor's going to use the money? That's for all of us to decide. We have to continue to use the agreed-upon process. That process has worked. And it’s certainly nice to know that the revenues are there.”

If we want to live in a more normal state, where we’re not constantly struggling to find a few extra dollars here and there or battling multi-billion-dollar deficits and bill backlogs, then the people who run this state’s government have got to continue matching revenues with spending.

If legislators and others want to spend more on long-term programs or to buttress existing programs, they have to either increase revenues or reduce other spending or both.