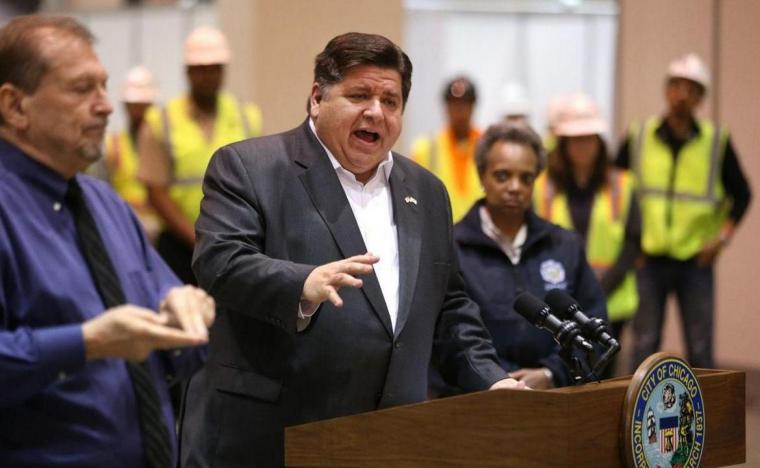 If medical facilities, community-integrated living facilities, community mental-health centers, and others are providing COVID-19 healthcare services, they cannot be sued "for any injury or death alleged to have been caused by any act or omission by the Health Care Facility, which injury or death occurred at a time when a Health Care Facility was engaged in the course of rendering assistance to the State by providing health care services in response to the COVID-19 outbreak," until after the governor's disaster declaration finally expires.

And the same goes for doctors, nurses, emergency medical-service workers, and even "health-care volunteers." They're all immune to civil liability if they are providing services to any of the facilities dealing with the pandemic.

To be clear, this EO covers not just the treatment of pandemic cases, but every service offered during the pandemic, as long as the institutions are involved in the response. If you have a botched heart surgery, they'd still be theoretically immune to lawsuits, as long as it didn't involve "gross negligence or willful misconduct."

The Illinois Trial Lawyers Association, which represents plaintiffs lawyers and has pushed for strong civil suit protections, is one of the most powerful Statehouse lobbies, but it has been utterly silent on the governor's new EO and hasn't responded to requests for comment.

So how can the governor legally sweep away almost all civil liability for those providers? Well, it's in state law.

The Illinois Emergency Management Agency Act gives the governor a ton of powers, and exempts health-care workers and others from certain civil liability during a pending or actual disaster while under contract or direction from the government.

Pritzker's EO specifically directs medical facilities, personnel, and volunteers to "render assistance in support of the State's response to the disaster." That gubernatorial order triggers the law's provisions.

Everyone from the federal government on down say it's about to get very real here (it already is in New York), and several hospitals will be overloaded.

A Pritzker administration official explained what's about to happen. "You tell your hospital, 'I know your standards of care are, say, 15 nurses on your ICU floor and now we're telling you to only have 10 nurses because you have nurses calling in sick, and you have 20 more patients, but you're just gonna have to tough it out and do that because you cannot turn anybody away who you can fit in a bed.'"

Understandably, you don't want facilities and staff constantly worrying about being sued while treating people in those conditions. They have enough to worry about right now.

The hospitals also reportedly asked for the EO partly to make sure that nursing homes and other residential facilities don't freak out about legal liability when their residents begin to show symptoms and then hurriedly decide to immediately transfer them to already overburdened hospitals.

Flattening the curve, remember, is all about preventing the overloading of hospitals. Staying at home lessens your chance of catching or spreading the virus, and it also means keeping nursing home residents, CILA residents, and others in place as long as possible.

Most hospitals weren't doing well financially even before the pandemic. Closures were becoming the norm throughout the state as revenues dried up.

Elective procedures were essentially keeping most facilities afloat, but those are now banned by the most recent executive order. As Crain's Chicago Business reported last week, even Cook County's public-health system relies on elective procedures to bring in revenues, but eliminating them per CDC guidelines cut the number of surgeries it performs in half.

It's the same wherever you look, particularly in rural areas.

A massive health-systems bailout will likely be required after this is all over, if not before. Until then, I'm told the Pritzker administration wanted to provide whatever help it could and this EO will do that.

As to whether that theoretical botched heart surgery mentioned above will fall under the civil liability exemption, I've heard differing opinions on whether it will or won't. Judges and juries are certain to cut hospitals and caregivers some slack if they are working in an over-burdened facility. A heart surgeon, however, who is not doing any pandemic work wouldn't have much of a defense for botching a surgery. So maybe the trial lawyers won't be completely shut out.