Is Representative Dan Didech to Petitions What Pete Rose Was to Baseball? 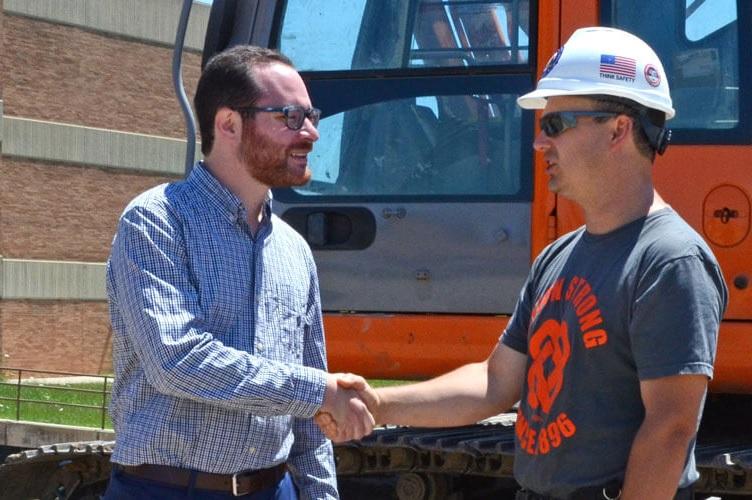 I’ve been fascinated by election petition-gathering season this year because of the adjusted primary schedule, the crazy omicron variant, and the prevailing fear of crime, not to mention the awful weather.

Petition season was always during the fall. But because the primary was moved to June 28, petition-circulators now have to get out there in the dead of winter, during the omicron and crime surges.

As Representative Nick Smith (D-Chicago) said recently on Representative Mike Zalewski (D-Riverside)’s “Have All Voted Who Wish” podcast, voters have been increasingly reluctant to come to their front doors for years, long before the pandemic. And, these days, it’s far more difficult to convince folks to answer when the canvassers knock.

Representative Smith’s solution was to ask his volunteers to work their own blocks, with the expectation that each person would gather ten signatures.

But that only works for someone with an experienced and fairly large network like Smith has. What about others?

Representative Kelly Cassidy (D-Chicago) is also the 49th Ward Democratic Committeeperson and threw a boozy “petition party” in mid-January, advertising it on social media. She said the event was “amazing,” netting 625 signatures in three hours for eighteen different candidate petitions.

I’ve also been told of members doing things like setting up shop in their local Starbucks and collecting signatures from people while they were waiting on their orders.

But Representative Dan Didech (D-Buffalo Grove) is being hailed by some of his colleagues as a “signature machine” for what one legislator calls his “house calls” program.

Representative Didech came up with the idea of scheduling home visits with voters in his district to collect petition signatures. “Sometimes,” a fellow House Democrat said, people even “grab a few neighbors so you can get a group.”

Didech pushed back hard against some fellow House Dems who wanted to reduce the statutory signature requirements during the early January session. “But I got 1,000 signatures in ten days, so I feel vindicated,” Didech told me. “I'm not special. Everyone can do that.” He said he finished so fast that he’s now helping others, including those who wanted to reduce the signature requirement.

Didech explained that, because of the pandemic, he had already transitioned his voter-outreach away from in-person contact at the doors and toward Facebook and direct mail. “People are used to communicating with me on those channels,” he said.

Didech posted a photo of a map of his new district on Facebook and told his followers that he still needed some signatures. “Please comment or send me a message if it’s ok for me to stop by your house this weekend,” Didech wrote in the Facebook post.

Didech also sent a direct mailer to his supporters and strong Democrats in his new district to ask people to e-mail him when it would be convenient for him to stop by their homes. Didech said his e-mail inbox “completely blew up.”

Didech’s formula worked so well for one Chicago Democrat that she only half-jokingly called Didech “the master” last week.

But maybe not everyone can replicate this effort. First-time candidates or newer members with small supporter networks can’t always just magically generate home visits. And some districts aren’t as “connected” online as they are up in Buffalo Grove or the 47th Ward.

Even so, longtime Statehouse operative Mike Cassidy told me the story of how his thirteen-year-old daughter Cate finally took an interest in politics in January, so he agreed to help some friends gather signatures as a way of getting her involved.

Cassidy asked Cate to text her friends the night before Martin Luther King Jr Day, when they figured people would be home, to ask if she and her parents could come by with petitions.

“She not only went through her middle-school phone book and social-media contacts, but we pulled names from our Christmas card list,” Cassidy marveled. “We drove around town for about four hours collecting close to 100 signatures.”

“I have circulated petitions my entire career,” Cassidy said, which used to involve going door-to-door. “But unlike waiting for people to get home from work or targeting weekends, these days more people work from home due to COVID.” And he said people were “happy” to have guests who they knew and were confident were masked and vaccinated.