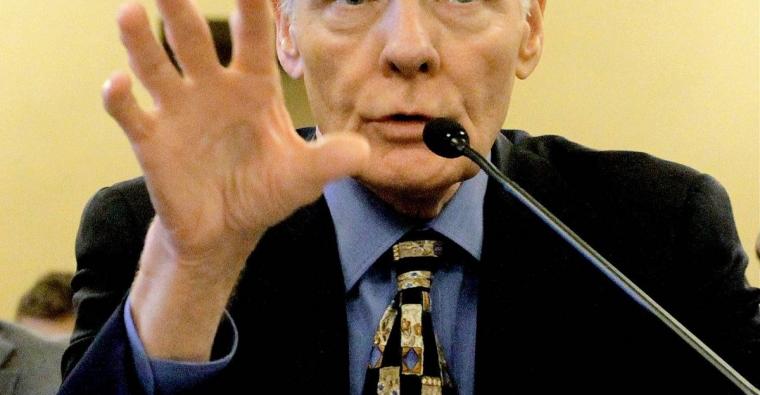 For decades, House Speaker Michael Madigan and everyone around him insisted that the man was always very scrupulous and extremely careful about not only the language that he used, but the language he allowed to be used in his presence.

For instance, if a property-tax client of his law firm began to speak about legislation they were interested in, Speaker Madigan insisted he would immediately stop the conversation in its tracks and inform the client that he could do nothing for them. And nobody else ever said otherwise.

And that’s why these new Chinatown revelations in Madigan’s indictment are so startling to so many.

For instance: “On or about June 23, 2017, after [Ald Danny Solis] informed MADIGAN that: (i) representatives of Company C would meet with MADIGAN so that MADIGAN could seek legal work for his private firm; (ii) Company C still needed to deal with [Solis] ‘in terms of zoning’ for the [Chinatown] Apartment project; and (iii) ‘I think they understand how this works, you know, the quid pro quo, the quid pro quo,’ MADIGAN said, ‘Okay. . . . Very good.’”

The Madigan of legend would’ve immediately stopped all dealings with Alderman Danny Solis when he mentioned “quid pro quo.”

But the Madigan portrayed in the indictment kept right on meeting with Solis for more than a year and allegedly conspired to pass state legislation to clear the way for a Chinatown real-estate project and obtain a state position for Solis, all in order to obtain legal fees for his law firm and perhaps a contract for his son’s insurance firm.

Those Chinatown property-tax legal fees, by the way, wouldn’t have generated nearly the same income as any of Madigan’s prestigious Loop skyscraper clients. Madigan comes off as a common legislative grifter, eagerly and relentlessly using his power to chase after small potatoes.

The venality of the former House Speaker was one of the primary focuses of the Ken Griffin-backed slate of statewide Republican candidates which began its public roll-out last week.

All of the candidates did their best to blast Madigan and connect their opponents to the indicted former pol. The Republicans say the “Madigan issue” still polls quite well and it must (at least in the GOP primary), because the man was most certainly front and center last week. By my count, his name was mentioned 27 times, not including the press conference.

For instance, comptroller hopeful Shannon Teresi pointed out that incumbent Susana Mendoza began her career in the ward organization controlled by Solis and once referred to Madigan as her “mentor.”

Secretary of State candidate John Milhiser claimed that, as a former US Attorney, he “worked closely with the FBI, with the Northern District of Illinois in these investigations.

Representative Tom Demmer, the slate’s candidate for treasurer, claimed House Republicans “created an environment where it became. . . impossible for [House Democrats] to refuse to hold their leader accountable. And by the time the next term rolled around, Mike Madigan didn't have enough support to remain Speaker of the House.”

And gubernatorial candidate Richard Irvin said the state needs a governor who will “fight the Madigan/Pritzker corruption that has plagued our state for decades.” His running mate, Representative Avery Bourne, said she fought against Madigan’s “income tax hikes.”

They’re hardly the only Republicans who use the Madigan name to blast the other party. The state party and all the other candidates for governor all frequently recite the name like he never left the stage. And, for their purposes, he hasn’t.

And even some Democrats are quick to cite Madigan. “Everything that is tied to Madigan is called into question,” Representative Ann Williams (D-Chicago) told the Better Government Association last week.

Representative Williams made her statement after she and a group of her colleagues requested that Governor JB Pritzker temporarily freeze funding for some state construction projects that the BGA found were requested by Madigan. Pritzker quickly agreed to the freeze, but members of the Latino Caucus pointed out that they had actually requested the projects. After a quick double-check, the governor un-froze the funding.

I think Williams’ statement was right. Madigan’s involvement should be checked out whenever warranted.

But as celebrated Madigan foe Representative Kelly Cassidy (D-Chicago) told Ben Joravsky at the Chicago Reader: “All the best and worst things that have occurred in this state have his fingers on them.”