Resistance Is Futile, Your Profile Tells All 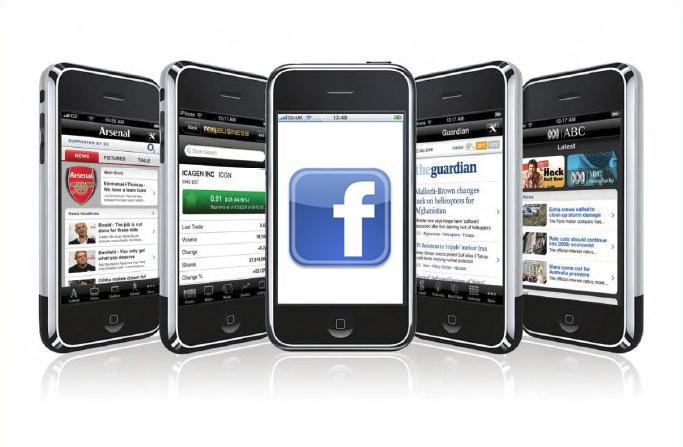 How do Americans square their claim of a free and open people when we surrender our privacy and personal details of our lives for nothing more than convenience without question or the most rudimentary concern for the consequences?

In December 2016, the Federal Communications Commission (FCC) proposed a rule, “Protecting the Privacy of Customers of Broadband and Other Telecommunications Services” (81 Fed. Reg. 87274, Dec. 2, 2016). (rcreader.com/y/fcc) This rule, known now as Public Law 115-22, was designed to protect customers by prohibiting broadband and telecommunications providers from collecting, selling, disseminating customers' personal, business and health information to third parties for free or for profit.

Under the Congressional Review Act, this FCC rule would have automatically become law after a specific statutory period of time, unless Congress jointly passed, and the President signed, a “Disapproval Resolution” objecting to the rule.

So curiously, once the 115th Congress was sworn in, the Senate passed its “disapproval resolution,” for Public Law 115-22, followed by the House of Representative's on March 28, 2017. On April 3, President Trump signed the “Disapproval Resolution” permanently blocking FCC Public Law 115-22 from becoming federal law, effectively destroying any chance of reclaiming control over our own personal information, thereby selling our privacy interests to the highest bidders. (rcreader.com/y/fcc1)

The looming question is why would Congress and President Trump so egregiously betray the American people? We will get to that.

On December 14, 2017, the FCC voted to repeal and replace previously established Net Neutrality rules under its Open Internet Order 2015 with new rules under Restoring Internet Freedom Order 2017. This new order will repeal the classification of Internet Service Providers (ISPs) as public utilities (restoring ISPs to their original designation as information providers), but still requires transparency reporting on how providers are treating customers relative to access.

The argument for Net Neutrality is that it ensures a level playing field in terms of user access. ISPs couldn't up-charge consumers or content providers for enhanced delivery of data based on programming or content. Without these Net Neutrality rules, ISPs could choose to interfere with, or worst-case censor, customers' access to content. Net Neutrality 2015 was sold by its proponents as the way to ensure ISPs could never start cherry picking what they provided.

The argument against Net Neutrality focuses primarily on the risk to the marketplace as a result of more government control over the Internet. Reclassifying ISPs to a public utility via the Open Internet Order 2015, arguably placed ISPs under excessive government regulatory authority. And as the Reader cover story prior to the 2015 FCC vote stated, practically speaking, we already enjoy net neutrality without government interference. (rcreader.com/y/fcc2)

Traditionally, utilities (which are very specifically tasked) experience expensive, often inefficient government oversight, and contribute to insurmountable barriers to competition (especially due to the high overhead cost for necessary infrastructure). These types of public-private partnerships, while widely accepted, create additional cost burden(s) directly associated with heavy regulatory compliance, and are always passed onto consumers because, no matter how you splice it, utilities are usually monopolies in their respective service areas, regardless the size of the market.

Most federal regulations find their genesis in industry leaders' lobbying to promote burdensome rules to protect their market positions. Such unholy alliances between private and public sectors result in expensive regulations, strictly enforced, to enhance barriers that prevent new providers from entering the market and competing. Such regulations can also provide significant revenue streams for government agencies' imposing costly fines for violators. Finally, many of the regulators are culled from the industry being regulated and are actually previous employees from the largest companies within the industries they are supposed to regulate. Too cozy for comfort, or credibility.

It boils down to who should be allowed to control the rules of the road for Internet commerce – the ISPs or government? Since government oversight of content is an unacceptable authority under the Constitution, perhaps reclassifying ISPs as public utilities under the Open Internet Order 2015 was the first step in an attempted workaround?

But for now, the ISPs are back in the driver's seat for the rules of the road, as it has been since the Internet's inception.

Which brings us back to Public Law 115-22. Few Americans are even aware of the obscene failure of Congress and President Trump to uphold the oath each took to protect and defend the Constitution by killing FCC Public Law 115-22.

But put in context with highly controversial, mostly covert government programs that massively spy on Americans via collection, recording, storing: (1) all landline and cell phone conversations, (2) all Internet browsing/activity, (3) all e-mail and social-media content, (4) all public and private camera data, utility usage, auto travel, and anything else digital that can be captured – all without a warrant. This “metadata” is described by officials and media as a benign collection of disparate information on all Americans, which is a total misrepresentation of the gravity and usefulness of such aggregate information based on current technologies.

The above surveillance is “what” the government captures and stores in massive computer farms built in the last several decades, the newest in Bluffdale, Utah. (rcreader.com/y/fcc4)

However, using metadata in countless meaningful ways without a warrant (for use in prosecuting a crime) or express permission from the American people is constitutionally disallowed. This is a core principle of the American Republic under the rule of law.

Even though the government is generally prohibited from using the metadata it collects, private entities and corporations are not. Nor is the government prohibited from acquiring/purchasing metadata collected from third parties, including ISPs (ie; Comcast, MediaCom, AT&T) and information aggregators (ie; Google, Facebook, Amazon, YouTube, Twitter, Microsoft, Apple) by third parties.

Private sector entities are allowed to collect, sort, analyze, categorize, compartmentalize, and manipulate data for profit. Consumers have provided our consent for these activities. Our personal data can be shared for free, or sold for profit to third parties, including governments, as raw metadata, or in specified pre-defined ways, and the sky is the limit. Nothing in the US Constitution prohibits the government from purchasing data in all manner of usable formats as an end user.

So perhaps this explains why Congress ignored the people's interests in killing Public Law 155-22 back in April 2017.

The US government is among the largest customers of not just ISPs, but also the major information aggregators, globally. For example, imagine the possibilities using advanced predictive capacities, coupled with the potential for refined nudging (behavior modification) to effect public acceptance/opposition as needed.

While retailers, banks, media, and scores of other industries utilize mass data synthesis in their operations, this type of metadata manipulation by government violates everything principled in the US Constitution.

The private sector's pursuit of socioeconomic dominance in America still requires disclosure of personal information by permission. Americans would never willingly give such permission to the government nor is the government allowed to seek it. However, most would, and already have, given permission for unfettered access to and redistribution of their personal information to privately owned ISPs and all manner of data aggregators for little more than convenience.

If one really thinks it through, this group give-away of our individual profiles to corporations, and by association to government, makes the notion of “resisting” in this country absurd on its face. The resist movement is unproductive primarily because there is not a scintilla of sacrifice, let alone intellectual challenge or discomfort. Certainly any logical progression toward viable solutions is lost.

Reducing most socioeconomic issues to politically ideological sides of some linear extreme can only be sustained via highly charged emotional engagement. Intellectual analysis and exchange of ideas is a clear and present danger that threatens redundant, overly simplistic volatile posturing, yet is fast becoming the normative way we engage with one another.

Social media is invaluable in stimulating the limbic system of our brains (emotions) by encouraging interactions with like-minded people, even whole communities, designed to reinforce a sense of satisfaction and belonging. Intellectual challenges are too often easily persecuted, often instantaneously rejected, collectively dismissed, even banished from the realm.

But would users, all of whom provide massive amounts of personal data to services for free, alter their usage if they knew these providers and aggregators were creating unimaginable numbers of algorithms, based on the zillions of browses, e-mails, tweets, and Facebook postings, for sale to countless third parties?

And what if third parties used such massive data compilation to manipulate and/or modify users' behavior without their knowledge or consent? Who then is culpable?

It never once occurs to users to “resist” the terms and conditions that relinquish ownership and/or beneficial use of personal data for the astronomical profit of others, for undisclosed purposes? And what of our Constitutionally protected rights to our own property, privacy, and quiet enjoyment of both?

Americans have all but lost the critical distinction of 'protected rights' that separates our rule of law from any other in history. Constitutionally protected rights refers to each individual's organic rights inherent in our humanity and off limits to government to, in any way, intrude upon. Be perfectly clear: our “rights” accrue to us as human beings, and not as privileges bestowed upon us by government. If we lose this foundational distinction, we will ultimately lose our Republic.