The Revenue Gods Smiled Down upon Governor JB Pritzker and Said, “Do Not Squander This Gift — Winter is Coming” 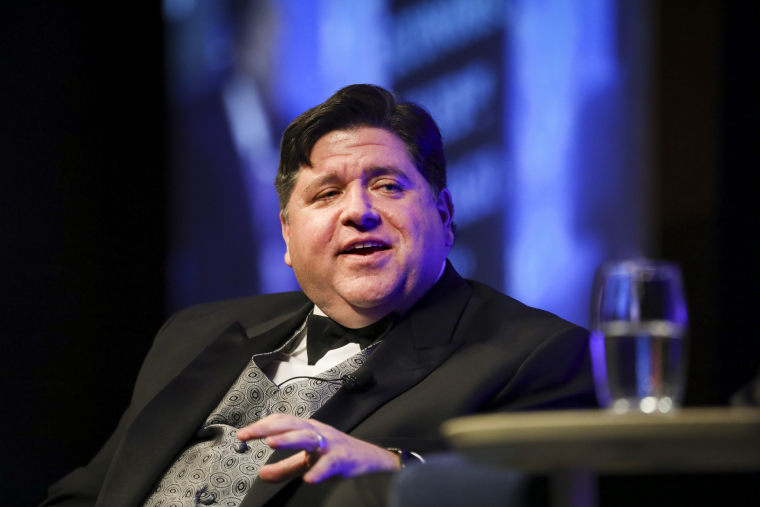 The governor's top budget people sent a memo last week to agency directors giving them a heads-up about what will be required in their annual budget-request submissions. They are not easy-peasy asks.

This fiscal year's budget was originally supposed to be austere, but then a $1.5 billion flood of unexpected revenue poured in during April and eliminated the need for drastic cuts. Even so, as the recent memo from Deputy Governor Dan Hynes and Budget Director Alexis Sturm pointed out, billions of dollars in unpaid bills left over from former Governor Bruce Rauner's administration still need to be addressed. Left unsaid was any mention of a possible national recession in the coming year — which some economists have been warning about for months and which could cause serious problems for a state budget that is so precariously "balanced."

Anyway, the memo includes three directives. The first is that the agencies give the budget office an "actionable scenario", which includes a 6.5 percent cut in their operations during the upcoming fiscal year "across all appropriated funds."

Governor JB Pritzker ordered much the same thing earlier this year before the April revenue surprise. A bipartisan group of legislators was also working on cuts in the House, but the April cash-bump made those cuts unpalatable to enough Democrats that the effort was abandoned.

Not all agencies will be able to come up with the full amount of cuts. The cash-strapped Department of Children and Family Services springs immediately to mind. Cutting that budget could endanger vulnerable kids at a time when Governor Pritzker has been trying to hire new staff to prevent more tragedies.

But even if some or most of the cuts are never implemented, the exercise at least gets agency directors thinking about ways to save money. Despite that April revenue surprise, costs for next fiscal year will definitely go up and, barring another surprise gift from the revenue gods, will very likely outstrip the available cash to pay for them. It's simply better management to have cost-cutting plans at the ready rather than leave it up to the General Assembly to find ways to reduce spending during a potential crisis.

Next fiscal year starts on July 1. Governor Pritzker is hoping voters will approve a constitutional amendment four months later in November that would allow for a graduated tax system. If that happens, tax-hikes on upper-income earners would automatically take effect and generate over $3 billion a year in revenues. He cannot legally build that money into his proposed budget, but if voters reject the change, you can bet there will be serious budgetary stress.

The second directive in the memo is to reduce statutorily-created boards and commissions under their purviews to allow the governor to reduce them overall by ten percent in the upcoming budget. Some commissions haven't met in years. But this is more about show business than actual savings. If a commission hasn't met, it's unlikely that shutting it down would save much money. Former Governor Bruce Rauner, by the way, closed several boards and commissions.

And the third directive is to identify "at least two significant efficiency and savings ideas for consideration in the fiscal year 2021 budget." Those could include things like eliminating or consolidating duplicative programs, reducing funding for underutilized or inefficient services, and improvements in service delivery to streamline costs.

Governor Pritzker was criticized last February for not proposing any significant cuts during his budget address. So, he's apparently looking for some splashy savings that he can highlight next year. And lots of folks will want to see evidence that the governor is at least trying to save money before agreeing to give the government even more to spend.

And, as noted above, the state absolutely needs to finish paying down its bill backlog, particularly if the economy turns sour and revenues dry up. As of last Friday, the backlog stood at $6.61 billion. This needs to be fixed even if the economy continues to hum along. The state's social-service provider and private-vendor systems were horribly damaged during the previous administration and they are nowhere near back to normal.

Forcing providers and vendors to wait endless months to be paid hurts their operations and undermines the state's ability to retain them and recruit new groups and companies. Paying down the backlog to get the state back to a 4-week payment cycle would also help the state's much-maligned credit rating. But cutting their funding going forward won't help providers and vendors, either. This process has to be a careful balancing act to work.